As we close the year, we like to look back to our top stories in 2021. Some of them went viral, amassing millions of page views across the website and our social media platforms. 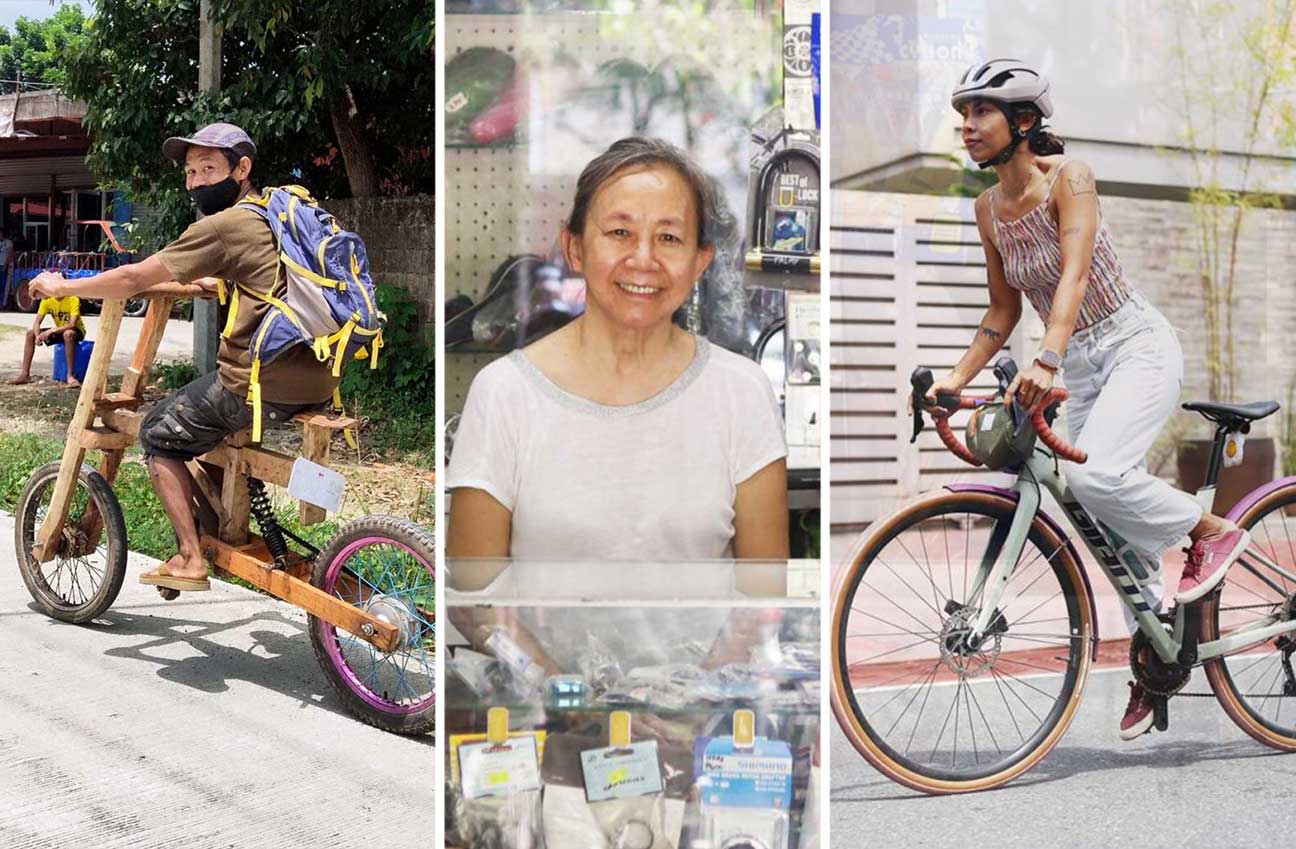 The year 2021 has seen more bicycles around the Philippines — whether it’s mainly used as transport, fitness or recreation, First Bike Ride celebrates the thriving cycling culture in the country. With the demands of the pandemic and the consciousness of more Filipinos, we believe that more bikes will be seen in the future.

It’s been an awesome 12 months of telling stories and there were a lot, to be honest. Memorable ones include the increasing bike infrastructure all over the Philippines, the camaraderie of various cycling communities and the generosity of cyclists to those who are in need, among others.

First Bike Ride had a great year too. We had finally launched our website after months of planning and preparation. Super Ultra Panks was born too, bringing out crazy Youtube videos to bring good vibes and chill rides. The segmented Awesome Bicycles went live as well. Two donation drives also kicked off.

We’ve partnered with a lot of brands and did so many collaborations too — we look forward to more in 2022.

As we close the year, we like to look back to our top stories in 2021. Some of them went viral, amassing millions of page views across the website and our social media platforms. The criteria considered was the number of engagement at the given time of its upload.

This guy went viral in 2020 for creating his own bicycle out of wood and motorcycle parts during the start of the lockdown. In 2021, First Bike Ride managed to do a follow-up story — Jannifer received so many bikes and is now using a decent one. Our post went around, including other countries outside the Philippines, amassing almost two million reach both on our social media platforms and website traffic.

The visual artist inspired many people when we uploaded a story about him biking to various places to paint. On his bike, he brings his art materials and coffee equipment. Erwin Mallari’s story was uploaded during the first week of 2021 and all throughout the year, the post still receives notifications and comments from different people.

Another visual artist that made the top stories of First Bike Ride is Soleil Ignacio and her bike. The article is part of First Bike Ride’s “Awesome Bicycles.” The biker told her stories about cycling during the pandemic, how she put her style and aesthetics on her ride and the things she enjoyed about biking.

It’s not everyday that you meet someone who gets naked for work, moreover someone who bikes. Emma Rogue confidently shared her story on First Bike Ride on how her earnings from OnlyFans, a website known for nudity and sex content, made it possible for her to build her new bicycle. The article has also given our audience a glimpse of what’s happening in her industry through the cyclist’s narratives.

In 2016, cyclist Mark Vincent Garalde was gunned down in P. Casal Street in Manila after a road rage incident. His death sparked a nationwide search for the murderer and bikers have installed a ghost bike to remind everyone about what happened. We featured the bike because we thought that many new bikers are unfamiliar with what happened. Our story was picked up by mainstream publications and was even plagiarized including a government-run social media account.

When a certain area is placed under the Enhanced Community Quarantine, mobility is restricted — that includes cycling within your neighborhood. Jomar Vista challenged himself to finish a 100-kilometer bike ride around Mandaluyong’s Maysilo Circle. And that was not enough, after a few months, he did 200 kilometers on the same route. The photo was shared numerous times and people still talk about it whenever they pass the rotunda.

The launching story of First Bike Ride is about Rose Chua, the owner of trusted bike shop TryOn in Makati. We particularly chose her to be the inaugural feature because the shop’s story is inspiring and Auntie Rose has touched so many lives in Philippine cycling. In the article, she narrated its humble beginnings, the struggles of TryOn, and the shop’s future.

Dyna and the aetas

On one of our random bike trips in Pampanga, we met 13-year old Dyna who was so curious about our bicycles. She’s from the aeta indigenous group of Angeles and she told us that she wanted to try our bike. We uploaded what happened and people started telling us that they wanted to give a bike to Dyna. That started First Bike Ride’s bicycle donation drive. In a span of two weeks, we were able to get 20 bicycles and delivered it to twenty kids from her community.

The empowered doctor who bikes alone. That was the story of Dyl Mesina when we featured her on First Bike Ride. She was telling a story about how women can be independent biking around the city, realizing that it’s not too bad biking solo. This has inspired many people with lots of supportive messages for women.

Now, we see that Dyl has found more friends in various bike communities but we’re pretty sure that she’s still enjoying solo rides.

We met the 83-year-old biker from Bulacan while we were shooting for work. He was so charming, cycling with his folding bike and carrying a sack of dog food for his pets. After we uploaded his story, our audience were inspired with the unanimous realization that age doesn’t matter with bicycles. The post was shared by many people including TV presenter Gretchen Ho.