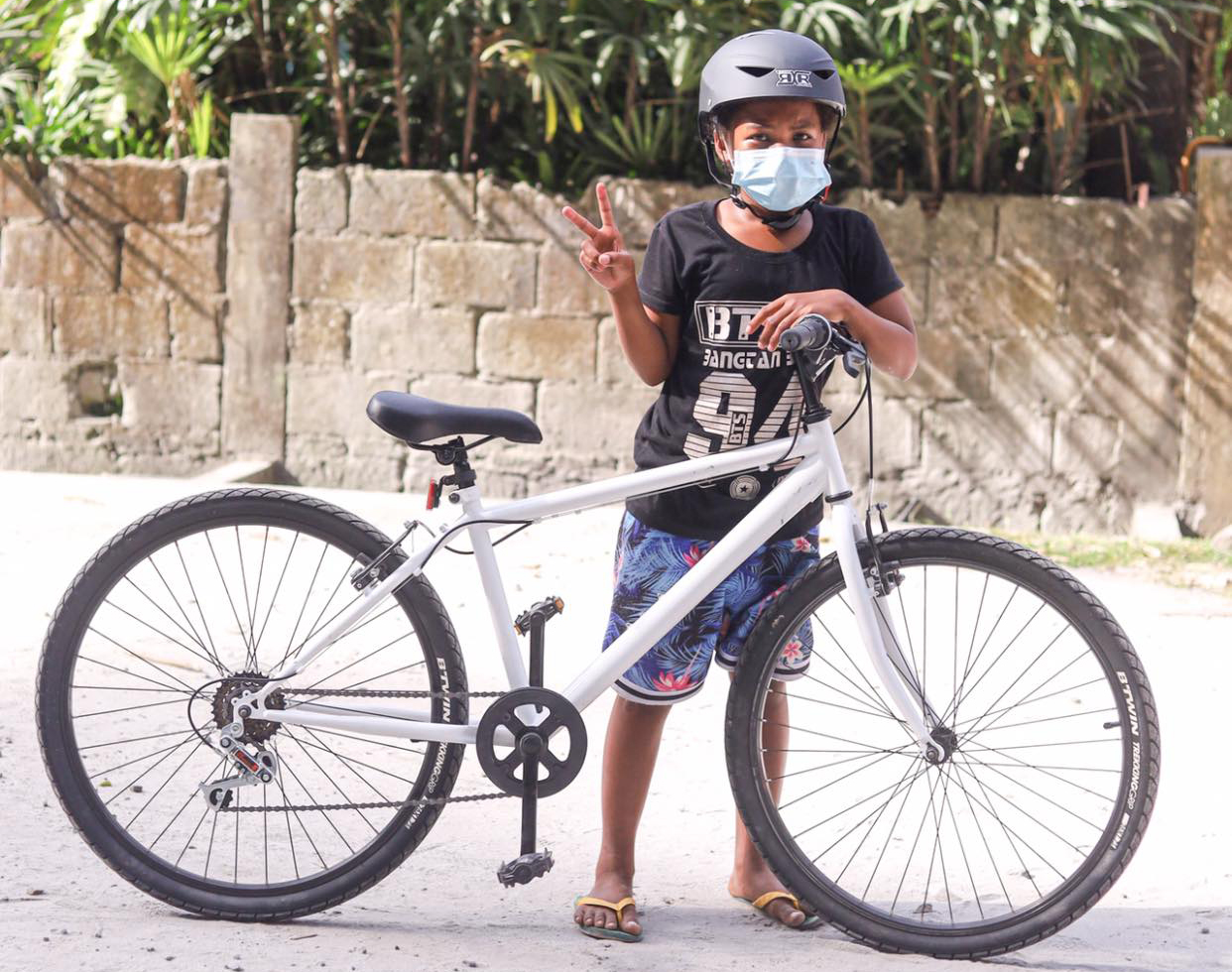 The 13-year-old girl who started the bicycle donation drive for her fellow Aetas in Pampanga said that the bikes given to them felt like a miracle that came true.

First Bike Ride first saw Dyna when we visited Sitio Target. She seemed curious about our bikes so we asked if she wanted to try. She did not hesitate, she only requested to have the bike bag removed because she thought it was heavy.

We posted her story and our followers started messaging us to come up with a fundraiser so we can give Dyna a bicycle.

Then the support from people started coming. In less than 24 hours, we managed to secure nine bicycles. After two weeks, we handed out 20 bikes.

It’s just amazing. Dyna unconsciously paved a way for her neighbors to materialize their dreams of owning a bike.

Standing with her white bicycle, this 13-year-old Aeta embodied an empowered young girl. From being shy during our first meeting, we saw that Dyna gained confidence—we felt that nothing is possible, that she can do anything that she wants.

Dyna was wearing a shirt of K-pop group BTS. And just like this band’s song, which happened to be close to this girl’s name, she became a Dynamite that sparked happiness to her whole community.

She’s thankful, not only because she got her own bike, but because so many kids in her village now have bicycles.

The white bike was donated by a beautiful cyclist who wished to remain anonymous. It was the first bicycle that we received. The generous donor messaged us just a few hours after we put up the call for bike donations. Perhaps this bicycle was really meant for Dyna.

She’s still thinking about how to give back to those who have given her and her community the happiness brought by bicycles. You inspire us, Dyna.