This guy did a 200-kilometer bike ride around a roundabout 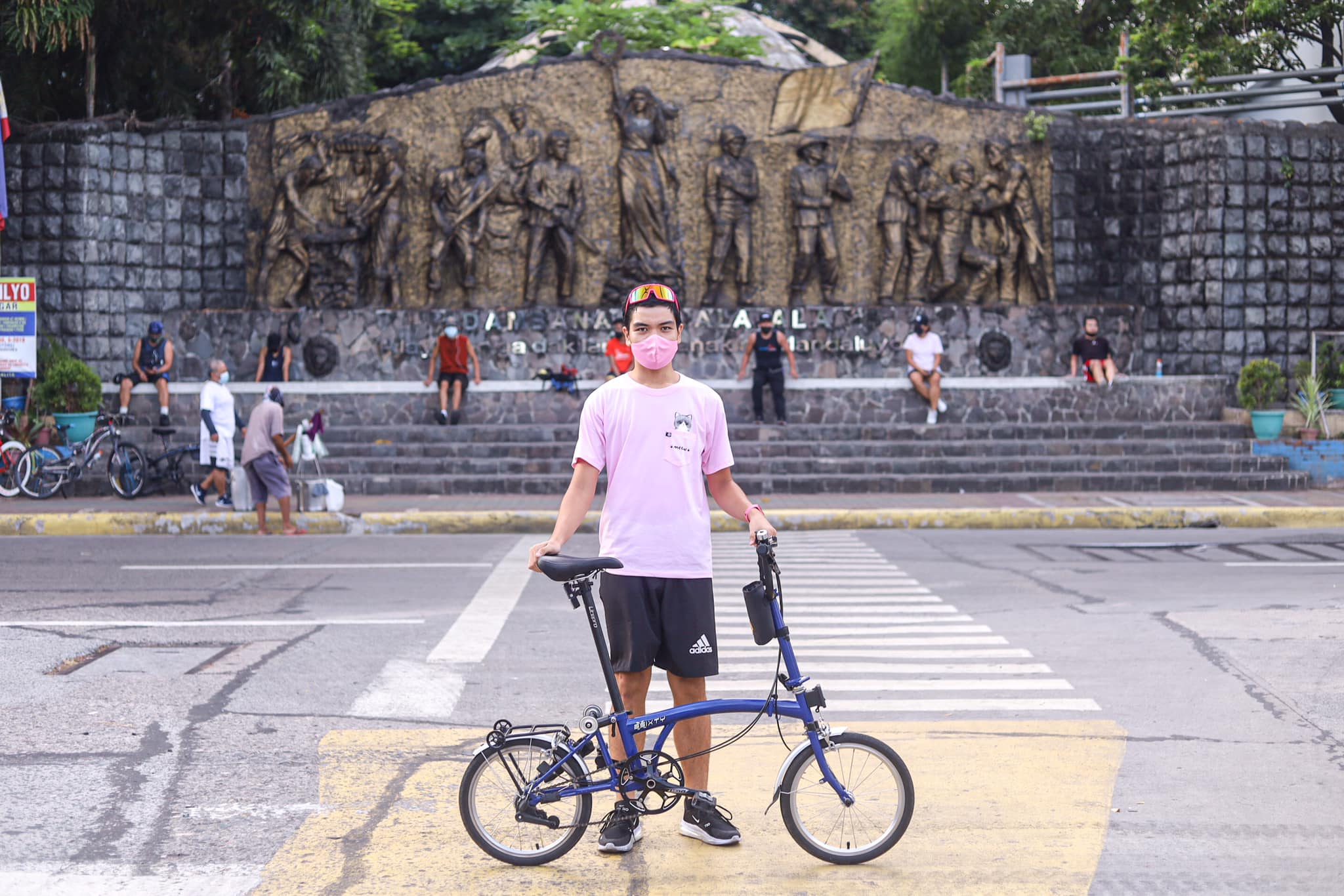 He completed a 200-kilometer bike ride in 7 hours by only cycling around Maysilo Circle in Mandaluyong.

When the Enhanced Community Quarantine was implemented again earlier this year, software engineer Jomar Vista was stuck within the confines of his neighborhood in Mandaluyong. He was not able to do long rides, not even leisure biking outside the city where he lives.

However, this did not stop him from doing long-distance cycling. Instead, he took the quarantine restriction as a challenge and came up with the idea of pulling off a century ride around Maysilo Circle.

Maysilo Circle in Mandaluyong measures a short 700 meters per lap, which means you need to have 142 loops to finish a century ride. The challenge doesn’t stop there. The roundabout is very busy and you go around with jeepneys, cars, pedestrians and motorbikes. The pavement is tolerable though there can be obstructions and cracks too.

Jomar’s first 100-km ride in the roundabout was completed last April 9. On May 2, he did another feat by cycling the same route but covering 200 kilometers in 7 hours.

During our shoot, he used a folding bike because it’s his recovery ride day. However, he completed the 100-km and 200-km Maysilo Circle loops using a road bike.

He came prepared for these activities. Jomar has been regularly cycling for two years now so he’s physically ready, he knows the route well since he’s always biking there and he made sure to do it on a holiday or Sunday when there are less cars on the road. The cyclist started before 6 am.

We asked him if it’s boring because the roundabout is very short and he only gets the same view on repeat. Mind you, the circle doesn’t have the nicest scenery either: you’ll only see roasted chicken shops, the city hall, a drug store, a gasoline station and an animal hospital, among others.

We did three laps with Jomar in Maysilo roundabout and we should say that it was really challenging even if we’re in the inner circle along with other cyclists and joggers. The speeding vehicles were intimidating and they stopped in our lane so we’re forced to be in the more “unsafe” area.

The cyclist also mentioned that what he did in Maysilo Circle can be somehow similar to doing laps in Bonifacio Global City (BGC) or Mall of Asia (MOA). The only difference is that it’s longer, much safer and the pavement is way nicer.

So what’s his next challenge for himself?