This young Aeta wishes to have her own bicycle 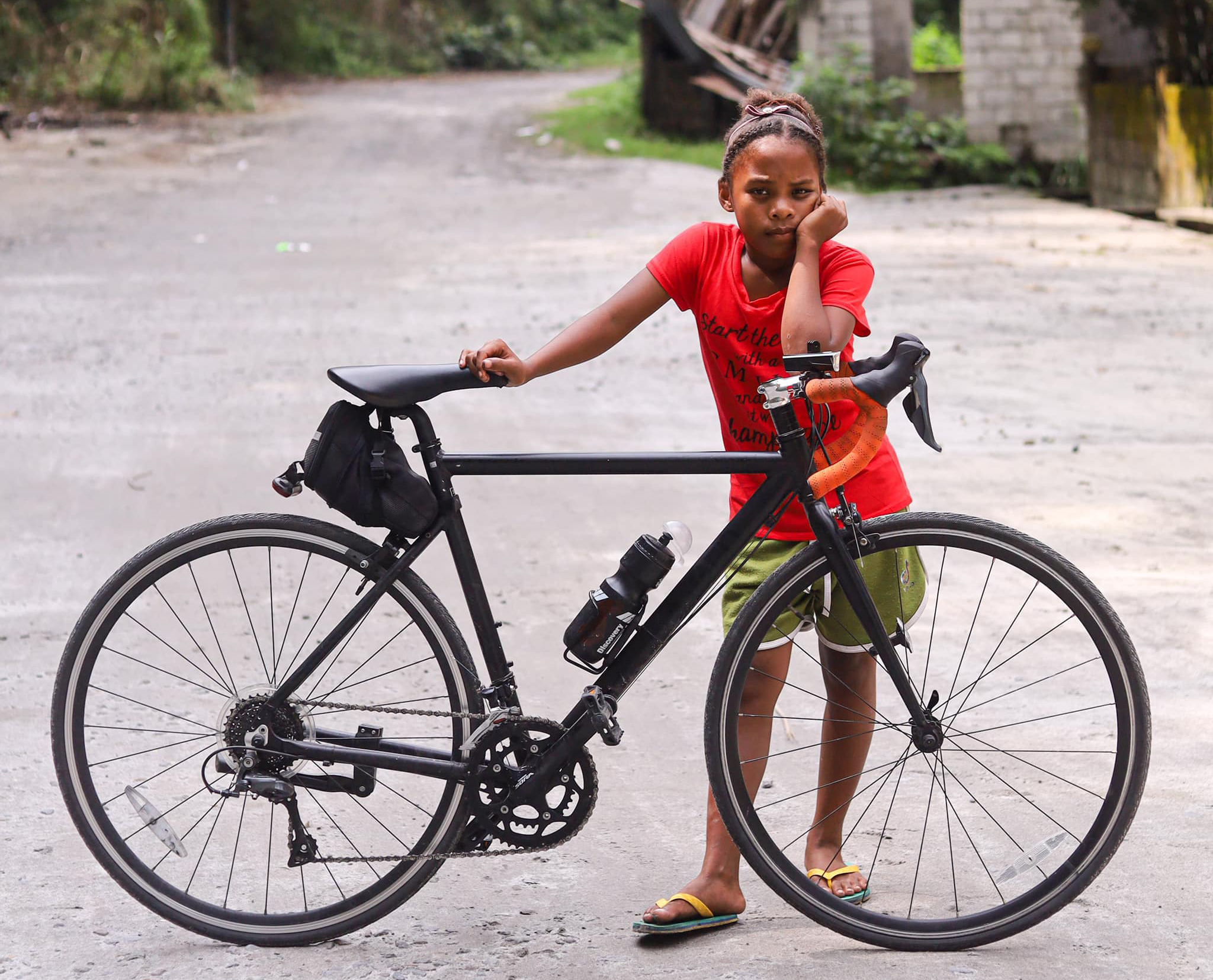 Her wish is to have a bicycle someday.

We were enjoying the calming nature after a three-kilometer climb when we saw this small girl staring at our bicycles. She seemed fascinated with our colorful vehicles and was quite puzzled because we kept on taking photos of our bikes.

Her name is Dyna, a 13-year-old student from the Aeta indigenous community of Pampanga. It appeared like she wanted to try our bikes but was too shy to ask so we approached her and offered one.

She smiled and thanked us. But before getting on the bike, she requested if we can remove the drop bar’s bag because she thought it was heavy.

The bike was obviously big for her but she made it appear like it was an easy ride.

How did she learn to ride a bike? It’s through her community. Other kids in her neighborhood have bicycles so she borrows one if there’s an available unit. However, Dyna mentioned that borrowing from her neighbors can be quite frustrating.

At a young age, she’s updated with the pressing issues of her community. Dyna even mentioned that there’s a new variant of the virus.

The pandemic makes her sad because she’s just at home most of the time and is having a hard time studying with modules.

Even though she only managed to get on our bicycle for a few minutes, we saw that Dyna was really happy.

Before we said goodbye, she recalled that there was a group who visited their area a few years ago and they gave free bicycles to Aeta kids. Unfortunately, she was not a recipient of those bikes.

Dyna lives in Sitio Target Sapang Bato in Angeles, Pampanga. We were granted permission to take photos and to tell this encounter to our audience.