He’s really proud that he can still cycle despite his age and health condition. Rading noted that before his surgery, he used to ride a racer bike and enjoyed cycling to nearby towns in Bulacan and in Tarlac with friends. 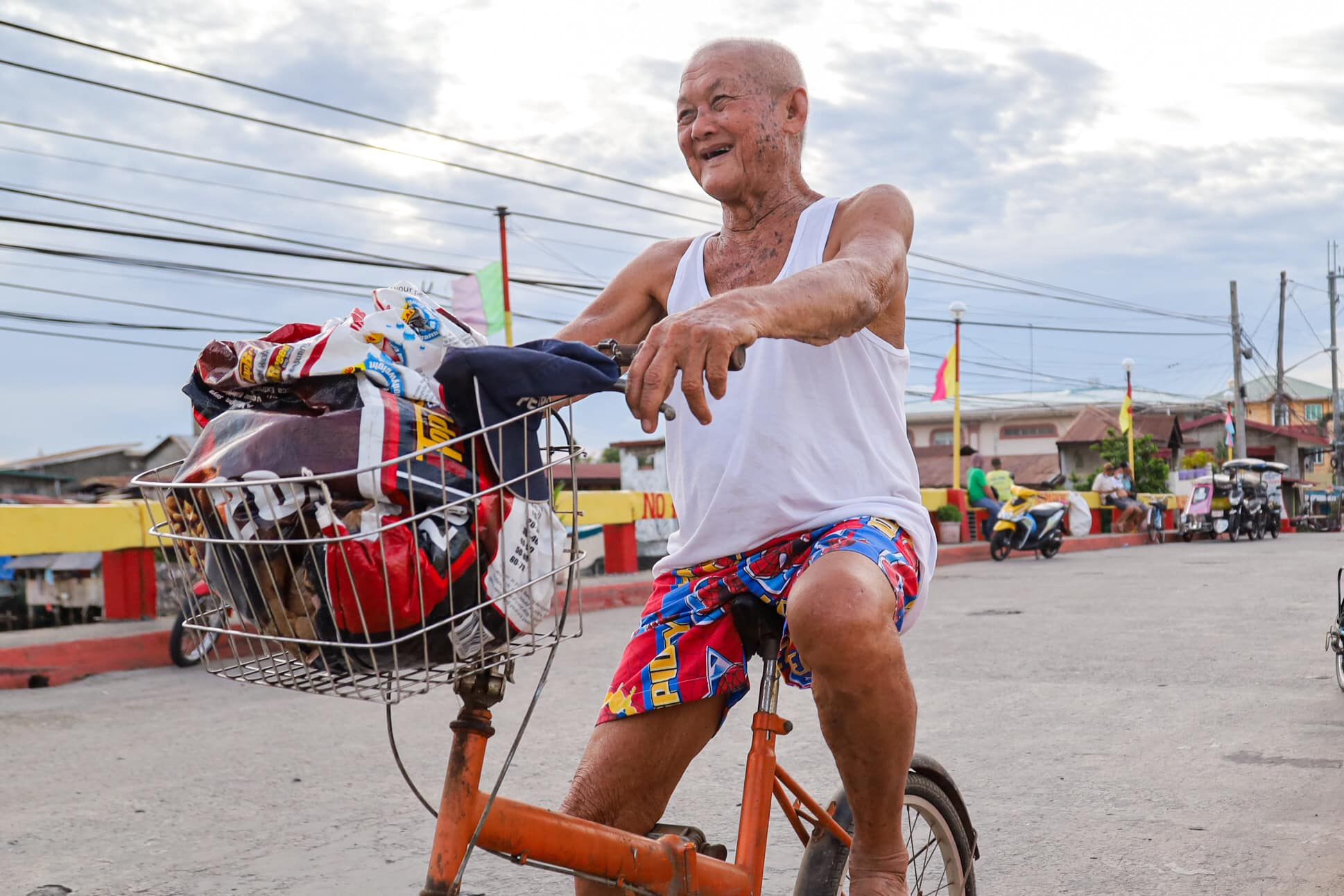 Conrado “Rading” Serrano was on his way home that afternoon, pushing his rusty folding bicycle as he carries 8 kilos of pet food for his five dogs. It’s his bike ride of the day and he’s just happy that he’s out.

Honestly, we were worried when we first saw him because his bike was quite heavy. The old man was walking it up the small bridge of Taliptip in Bulakan, Bulacan. However, his smile pretty much assured us that he’s all good.

He’s really proud that he can still cycle despite his age and health condition. Rading noted that before his surgery, he used to ride a racer bike and enjoyed cycling to nearby towns in Bulacan and in Tarlac with friends.

Bulakan is a quiet fishing town with an incredible cycling culture. This is where Rading learned how to ride a bike.

But unlike many people, he only started riding a bicycle after the age of 50. It was because he was stuck working as a caretaker of fishing pens for 29 years.

He said that back when he was with the “bangus” of the fishpens, his muscles and joints were not stretched and strong. Then came cycling which made him strong, he believes.

This is perhaps the reason why he thinks that he’ll get paralyzed if he stopped cycling. Rading tries to bike as much as possible, even with just a folding bike.

Luckily, someone was selling a usable but beat-up folding bike for 600 pesos. This is what he uses for his short rides in his neighborhood.