That’s why he was so devastated when his bicycle was stolen. According to his friends, it seemed like he lost a loved one and he kept on posting his mountain bike days after the unfortunate incident. 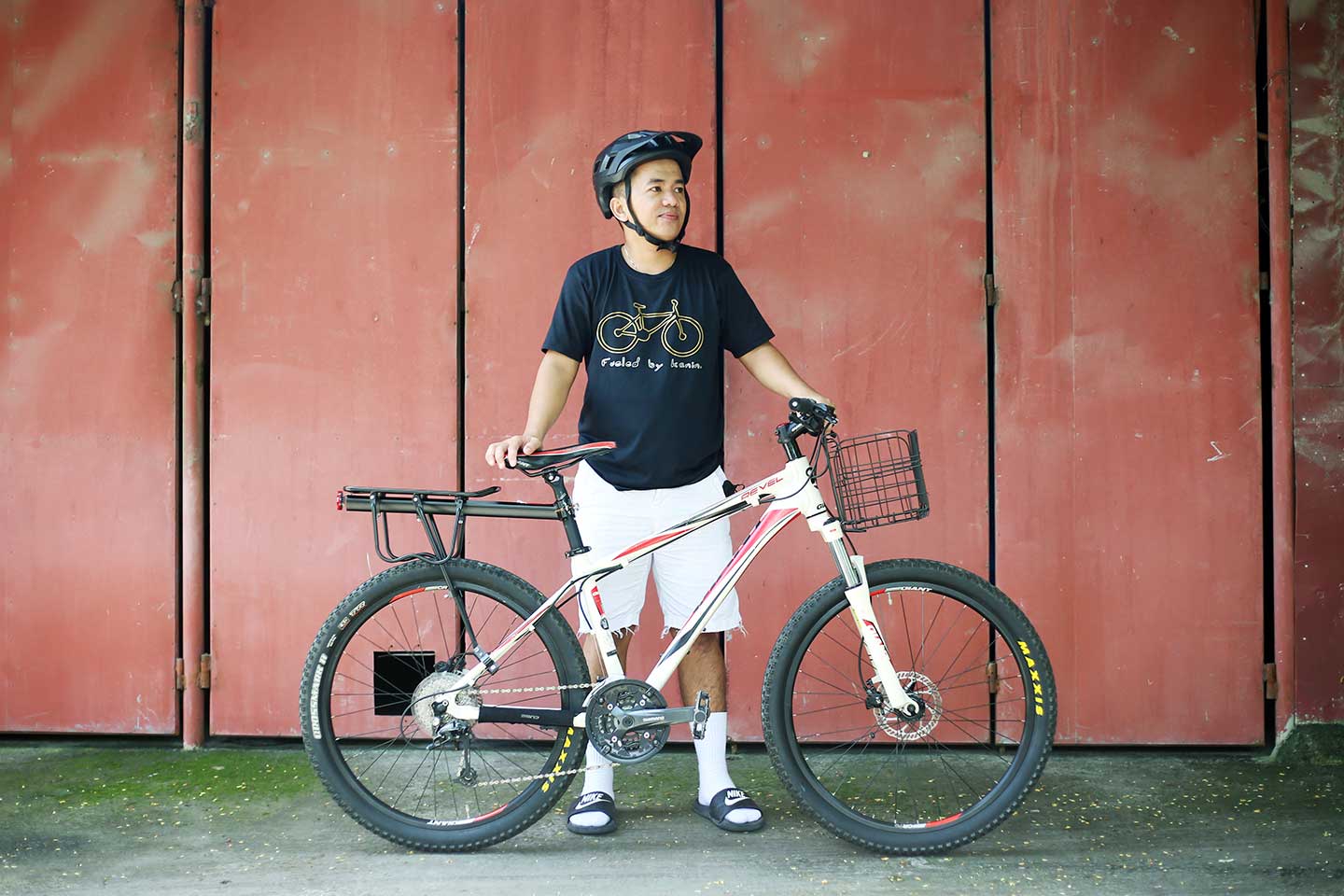 Michael Barrios is a factory worker in Noveleta, Cavite who was devastated when he found out one Monday morning that his bicycle was stolen two months ago. It’s a Foxter mountain bike that he’s been using for bike commutes to work and for long rides during the weekend.

He said that his bicycle was stolen at around 2 am inside their compound, just a few hours after arriving home from a basketball game in General Trias. The thief managed to destroy the lock of his vehicle. Michael found out that his bike was missing the next morning when he was about to go to work.

When Marc Barzaga learned that First Bike Ride was donating bicycles to deserving individuals, the kind guy immediately messaged us and reported that he knew someone who can be a beneficiary of one of the donated bikes.

We learned about Michael’s story through Marc and from screenshots of his sorrowful Facebook posts. There’s a Giant mountain bike, something that needed a few tune ups but was ready to go, that was donated months ago. Thankfully, we also got some accessories and other parts from a bike parts donation drive with Esteban Cycling Community that was very helpful in making the MTB better.

Michael lives a simple life. He doesn’t earn much, only 370 pesos a day as a product inspector at an ATM factory. That’s why he said that the bicycle managed him to save a lot of money because his 70-peso daily fare was already eliminated — plus, he can now leave early and doesn’t worry about the stress of commuting via public transport.

Initially, he didn’t have money to buy a new bike because it’s expensive. The cost of his Foxter with bike accessories was around 13,000 pesos, something that was too much for this breadwinner who doesn’t earn much and can’t save money due to his bills. It was thanks to his friends and cousin who helped him buy the two-wheeled ride.

Since then, Michael has enjoyed cycling. Apart from his daily bike commutes, it became his source of exercise and a form of leisure.

He’s not used to traveling before because he can’t afford it. But with a bicycle, Michael saw himself going to far places like Tagaytay, Puerto Azul, Mall of Asia and Bonifacio Global City. Cycling became part of his lifestyle, something that really changed his life.

That’s why he was so devastated when his bicycle was stolen. According to his friends, it seemed like he lost a loved one and he kept on posting his mountain bike days after the unfortunate incident.

The donated bike and bike parts came from First Bike Ride’s donation drives and other partnerships.