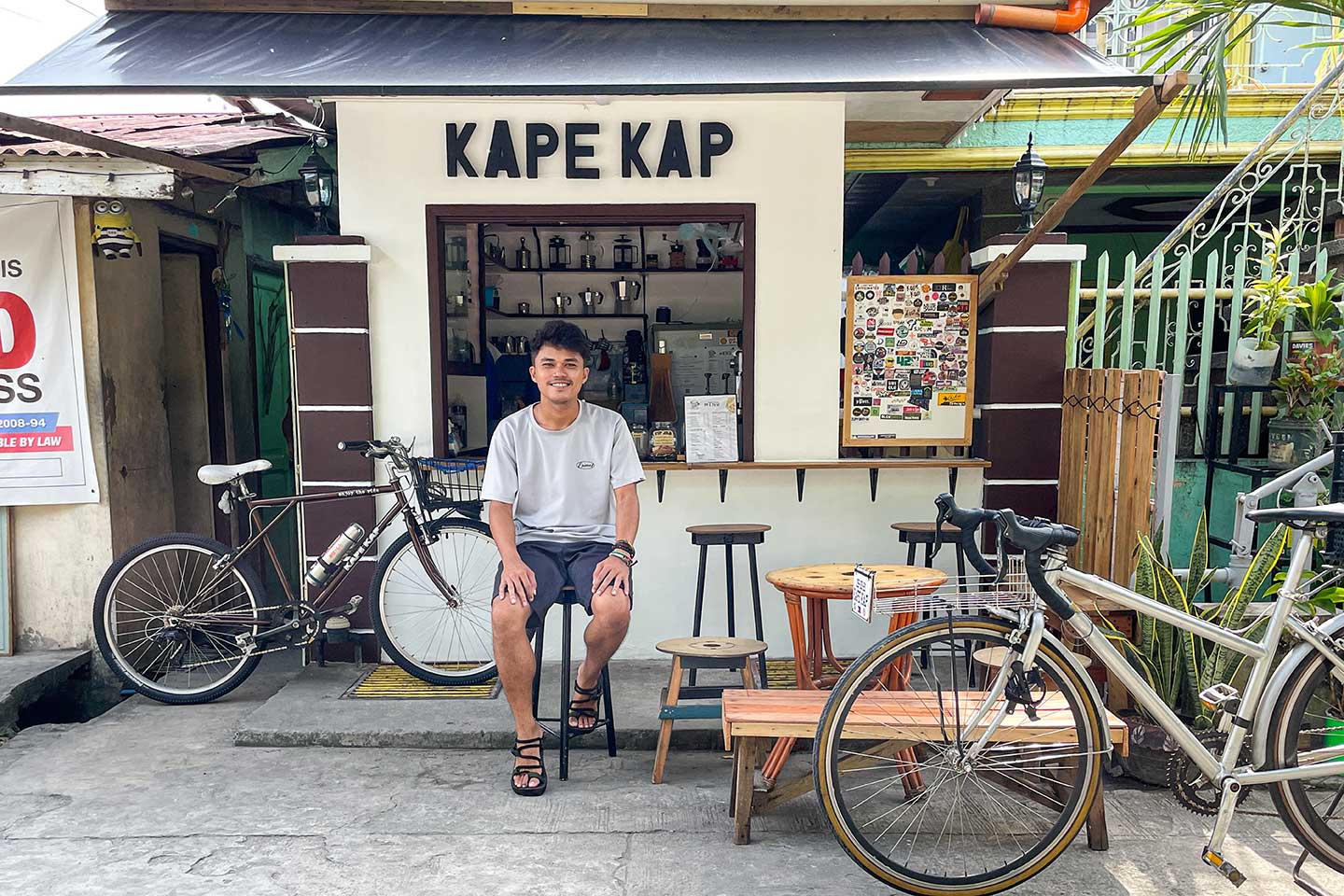 Last year, Jayson Cutamora was only dreaming of owning a roofed café one day where he can comfortably brew coffee and serve desserts to his customers. Back then, the only thing this guy had was his shop “Kape Kap” that operated on a bicycle and only offered a selection of instant coffee.

Back then, he was serving coffee to joggers and cyclists on a local road in Cavite called “Tokwahan.” He was very mobile but there were many times when he’s forced to stop operations by authorities every time his customers overcrowd the street.

After constant hard work and determination, Jayson finally opened a small store last week, a roofed place with chairs and tables. This time, he’s not only serving instant coffee — this barista has managed to learn basic brewing and has saved money to buy essential coffee shop equipment.

Aaron Llavore of independent coffee roaster Trails and Traces got in touch with Jayson after learning about his desire to learn basic brewing through our Instagram story. After that, Jayson educated himself more using online resources and through friends he met on his pop-up.

The Kape Kap café opened last July 15 and he was surprised that it was welcomed by many cyclists, most of them were his clients in Tokwahan. His new shop kicked off after a year and two months of starting the coffee business with a bicycle.

His new shop used to be the sari-sari store of his family that closed last year. He wanted to use the space for his business when it became vacant but he decided to wait for the time when he’s confident with his brewing skills and when he’s armed with better equipment.

For sure, the shop is still small but it’s already a dream come true. Jayson wants to expand someday but he’s taking his time until everything’s ready. For now, he keeps on studying about coffee and café management.

The shop is open from 5pm to 11pm and it’s frequented by cyclists. But still, Jayson disclosed that he wants to go back to Tokwahan to sell coffee every morning. Apart from his 3-in-1 and sweet drinks, he already knows manual brewing, anyway.

Kape Kap is located at one of the inner roads along General Yengco Street. The complete address is 448 Ordoñez Compound Meidcion 1-C Imus, Cavite. You may type “CWPH+5MX, Imus, Cavite” on Google Maps.