The number of bicycles frequenting the area are striking, something that’s so lovely and lively. 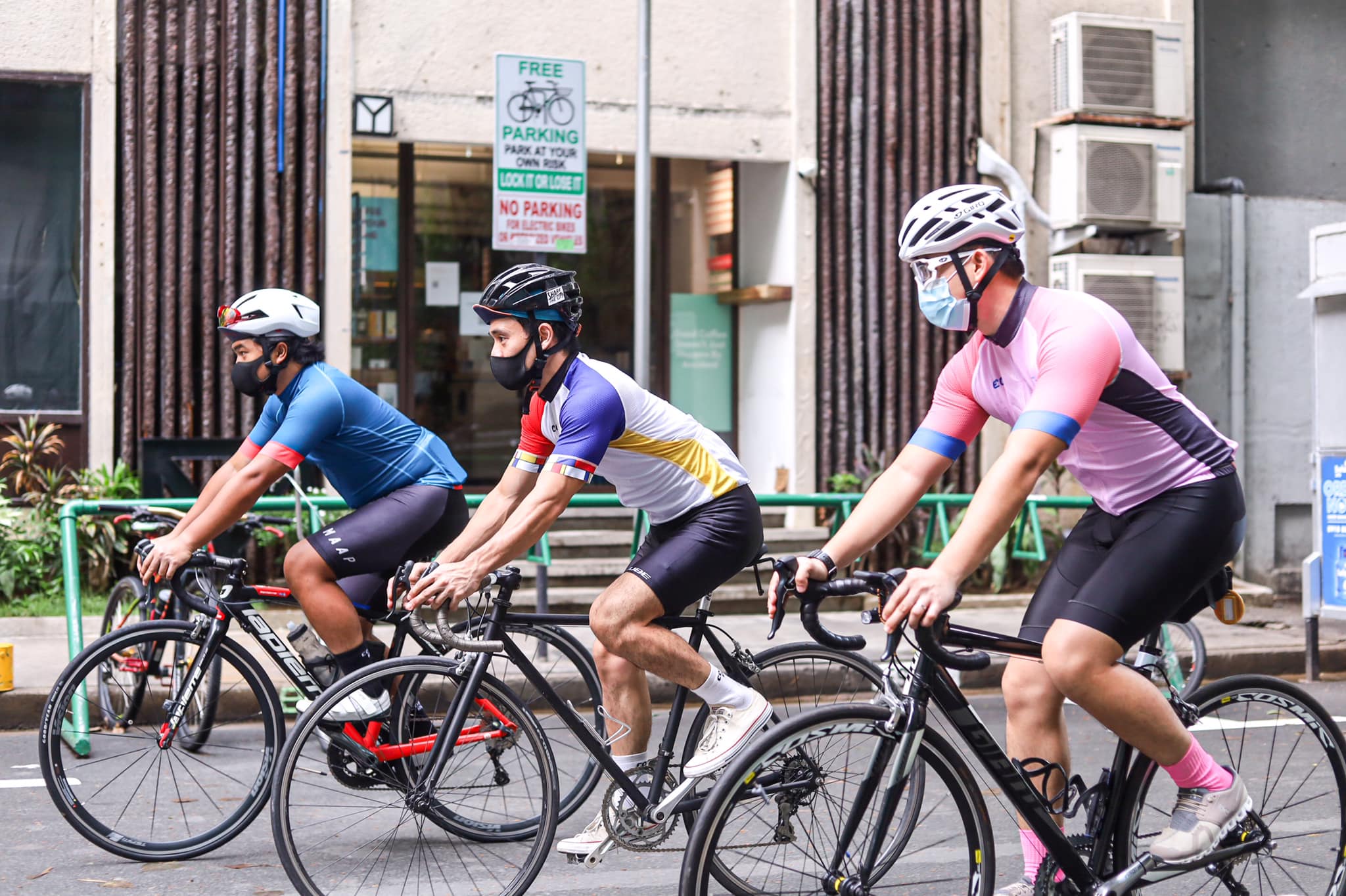 Esteban Cycling Club (ECC) turned a street in Makati into a home of a cycling community—a place where everyone shares the love for bikes, coffee and friendships.

Esteban Street in Makati used to be busy, filled with cars and people who work around the area. But nowadays, especially on weekends, parking lots are nearly empty. It’s as if the pandemic has shut the place.

However, the number of bicycles frequenting the area are striking, something that’s so lovely and lively. It was already there before, unnoticed. Even if it was unintentional, it was thanks to ECC who made the bicycle stand out.

Jay, Dan and Karel are the founding members of ECC, a community of cyclists formed from their love for bicycles and coffee.

The platform of the club is on Instagram, founded in mid-2020. The first posts, dated June 8 last year, include black and white photos of random cyclists with the text “join the club” and the ECC logo against a magenta background.

The succeeding uploads include cyclists and their bicycles, those who happen to pass by Yardstick Coffee in Esteban Street. The founding members, who all work at this coffee shop, noticed many of their customers are biking so they might as well feature them on their page.

“We really wanted to make a community out of it. We want to nourish that community,” Jay said. “Kasi karamihan ng nakikita naming club ay exclusive, may membership fees. We wanted to open the club, the community, to everyone. As long as may bike and you respect other cyclists, edi G.”

There is no formal application. As we have observed, being a member of ECC is something organic—some who become part of the community are their Instagram followers, Yardstick customers, friends of friends or random strangers who visited Esteban.

According to the founders, you can be part of the group as long as you have any kind of bike, you respect cyclists and the road and you follow the quarantine guidelines.

We can attest, as someone who has biked with them around the city and being partners with their different causes, ECC is friendly, unpretentious and helpful.

They’re celebrating their first anniversary today and ECC is continuously growing. They’ve done many fun rides, completed many activities and formed many incredible friendships. They’ve even inspired people from different parts of the country to know the value of bicycles in society, that everyone needs to share the city.

“Since the pandemic happened, the amount of cyclists has really blown. That’s because of safety restrictions, ang hirap mag-commute, not everyone has a car but people can afford bikes. So from that, parang it became a norm that people really bike. And alam naman natin na not all roads have bike lanes and facing reality, kapag nsa daan ka, binubusinahan ka,” Karel said.

He added, “I guess why we started “Share the City” is more of hindi naman to impose that they should respect us. It’s more of ‘daan din ‘yan, we’ll share the road with you, share the road as well.”

When Jay, Karel and Dan started ECC, there were no expectations. They just wanted to have fun and share their love for bikes and coffee. “’Yung community rin talaga yung dahilan kung bakit naging ganito,” Dan said.

ECC lives up to its roots. And true enough, the group has been supporting the coffee community and cafes around the metropolis and nearby provinces, an industry that was hardly hit by the pandemic. They’ve fostered an engaging community among cyclists too.

The formed friendship was the bonus, perhaps something that they deserve for the great job that it’s been serving to the cycling community.

“We’re feeding each other’s passions, whether it’s bike or coffee or whatever,” Karel said. “The community makes you feel that you’re not alone as a cyclist. And once you’re part of the community, may safe zone ka.”