In cities where biking is promoted and citizens ride their bicycles wearing anything they want, some key factors for road safety are good cycling infrastructure and traffic management. 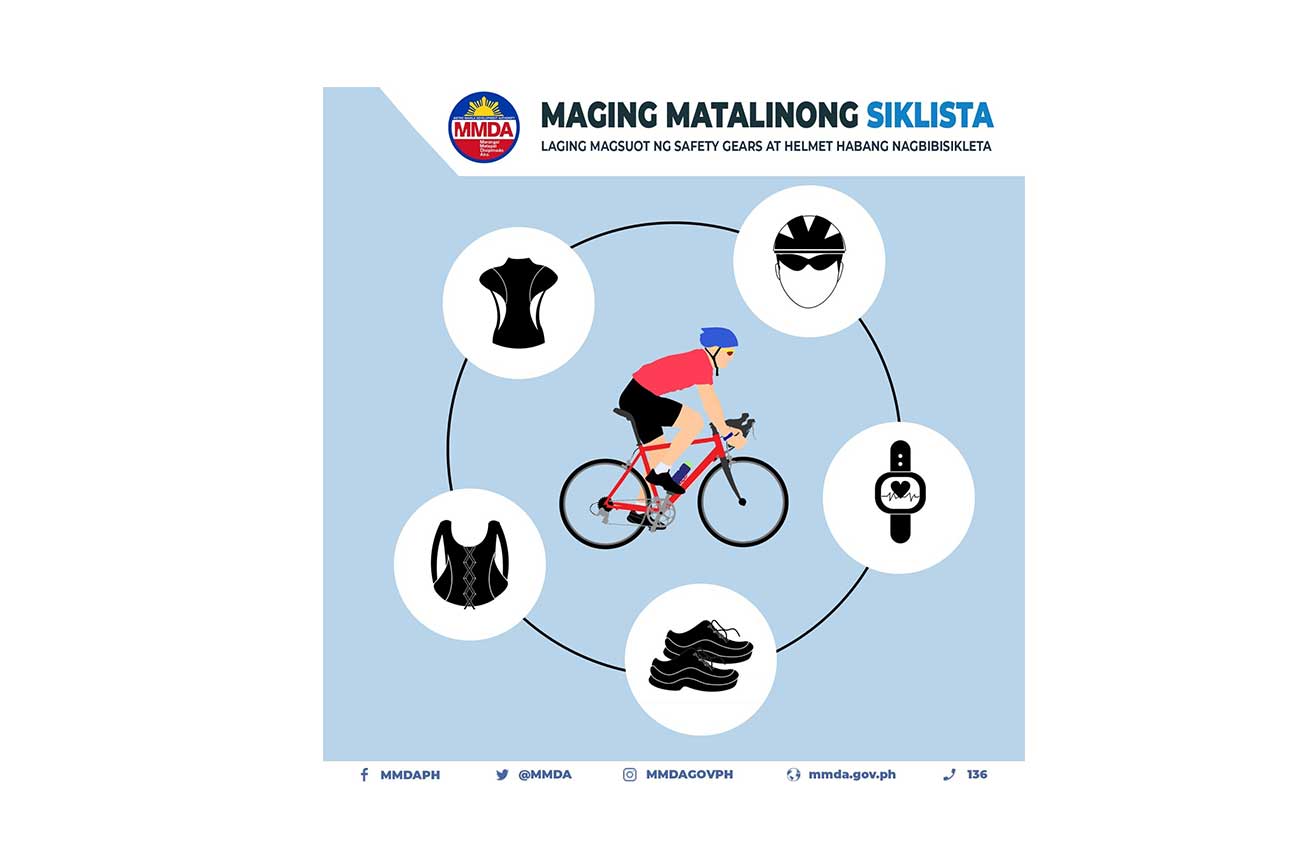 The official social media accounts of the Metro Manila Development Authority (MMDA) posted an infographic on June 13 that tells the public to become intelligent cyclists.

The infographic shows a biker on a road bicycle with images of a cycling bib, a head with helmet and shades, fitness watch, shoes with laces and an item which appears to be a backpack. The written text says, “Maging matalinong siklista” and “Laging magsuot ng safety gears at helmet habang nagbibisikleta.”

On its Twitter account, the MMDA reported an accident at Roxas Boulevard involving a motorcycle and a bicycle last June 10. It did not state if the cyclist who figured in the accident was wearing safety gear or a fitness watch.

The cost of these suggested wearable gear might hurt one’s wallet. For example, a low quality helmet can be around 400 pesos already. According to some people we have interviewed, bike commuters who earn low wages couldn’t even afford a safety headwear because that’s out of their budget.

In cities where biking is promoted and citizens ride their bicycles wearing anything they want, some key factors for road safety are good cycling infrastructure and traffic management.

Today, another infographic about cycling was posted by the MMDA. It suggests people to wear bright clothes, a reflectorized vest or sash.

In Benguet, there was a provincial ordinance that went rounds on social media for requiring cyclists to use “high visibility vests” when traveling within its premises.