Even after multiple accidents, this bike commuter still can’t buy helmet and lights

This construction worker only earns 600 pesos a day and he told us that it's sometimes not enough to feed his three children and wife. Two if his kids are still studying and the wife doesn't have a job. 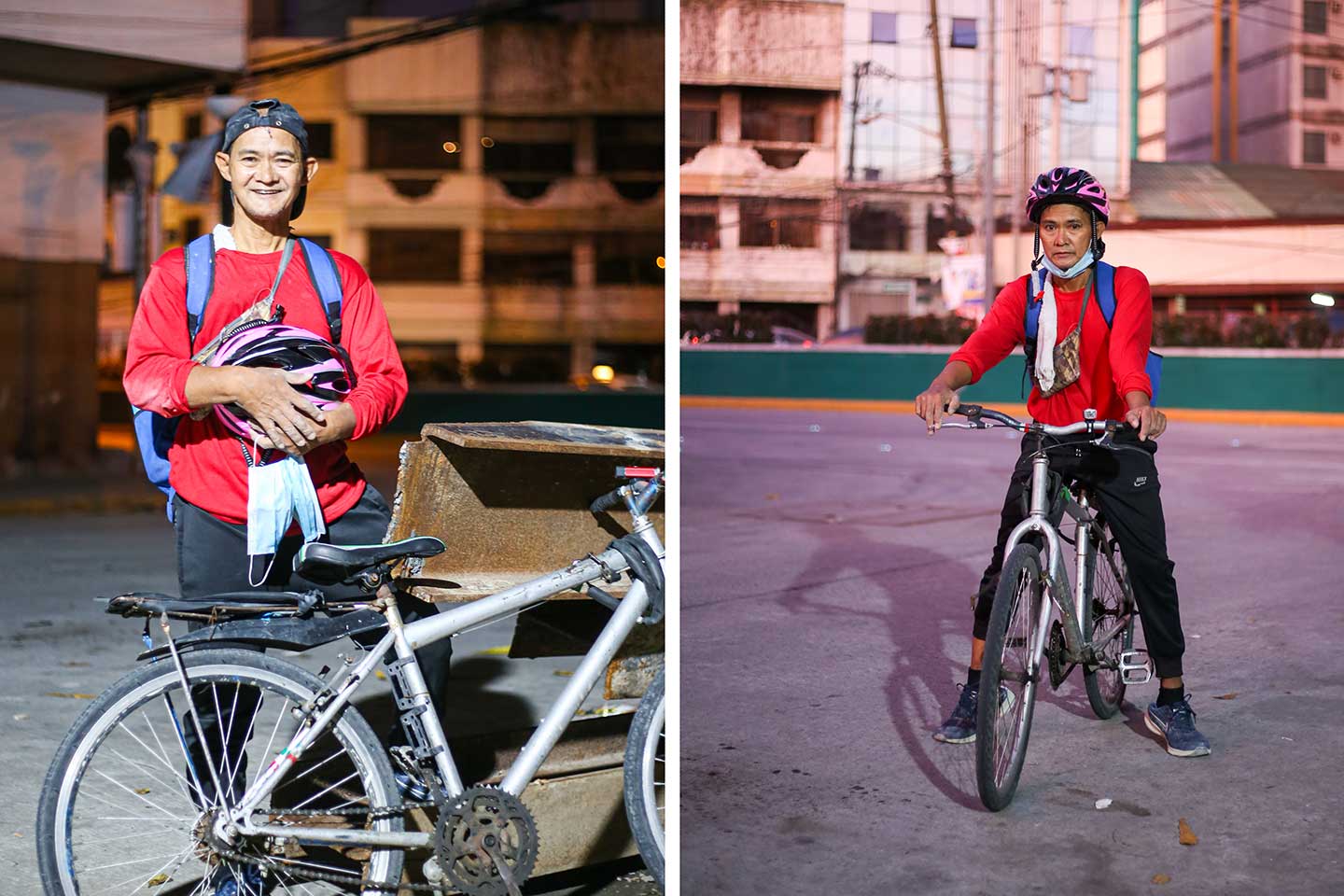 Those were the words of 47-year-old tile setter Jonie Payod when he recalled the accidents he encountered when he’s cycling.

The sewage was in a dark area near the Malabon-Navotas border. After he fell, he  just got up as if nothing happened. Thankfully, there were no big injuries.

He also recalled that there was a time when he was sent to a hospital after an owner-type jeep bumped him in a street in Manila.

In all those times that he fell on his bicycle, Jonie was not wearing a helmet.

Like thousands of other Filipino bike commuters, Jonie still can’t buy a helmet and a bike light — even after figuring in multiple accidents.

This construction worker only earns 600 pesos a day and he told us that it’s sometimes not enough to feed his three children and wife. Two if his kids are still studying and the wife doesn’t have a job.

Jonie is using a worn-out single-speed bike that he purchased three years ago for 1,000 pesos. He bought it in installment, he recalled. His daily route is from Malabon to Manila.

The bike still works but it’s in a really bad condition. The stem wobbles because it got bent after he figured in a recent accident with an E-bike.

We gave Jonie a helmet and lights to help him with his commutes. He wants to thank those who have donated.