From being a simple and beautiful vintage bicycle, Gab’s Nishiki Sport has managed to score a new story. And definitely, it’s the bicycle that we’ll remember as the one who got stolen and was quickly recovered. 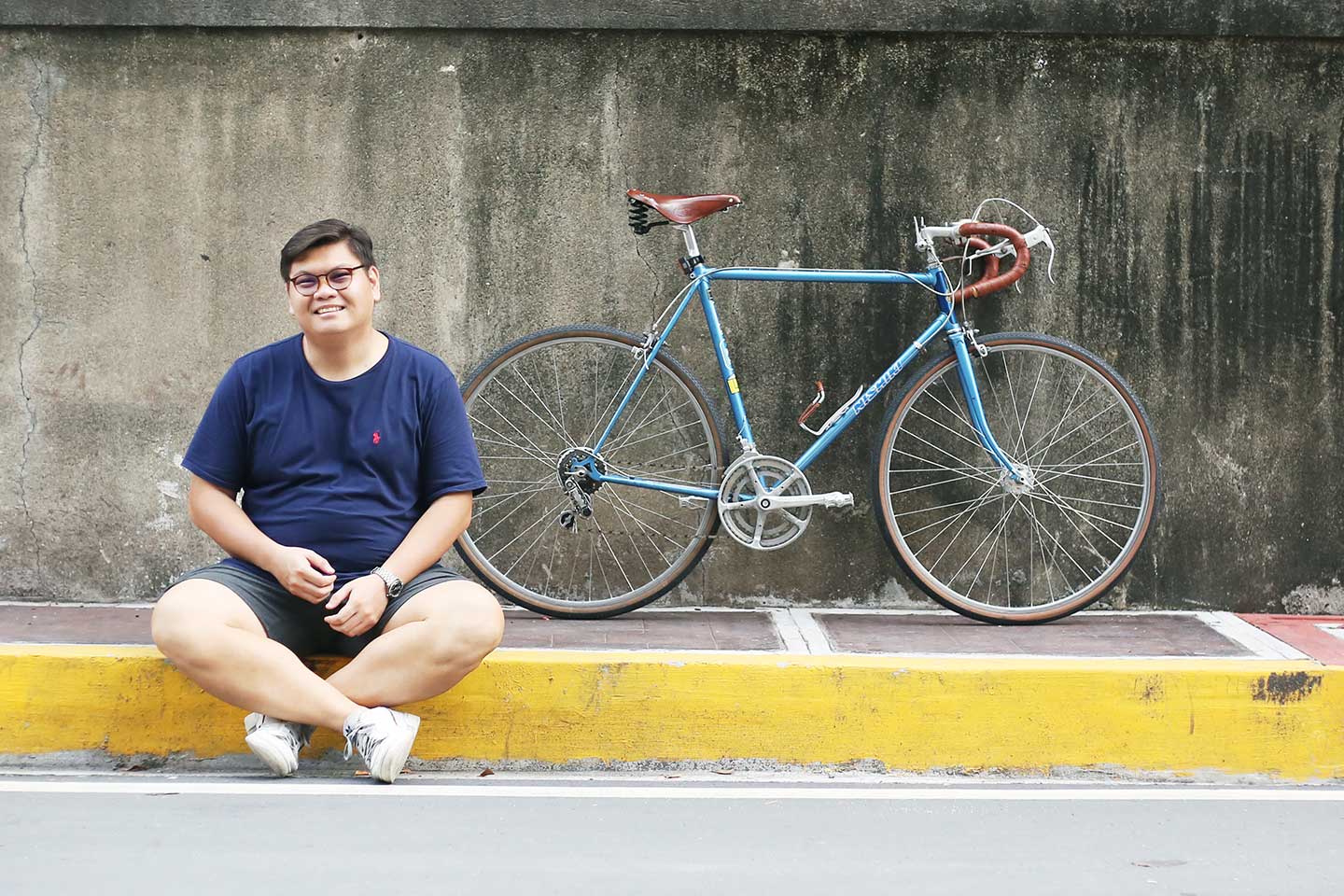 The cynical would probably think that it’s nearly impossible for a stolen bicycle in Metro Manila to be retrieved. Well, in the case of Gab Fuentes’ classic Nishiki road bike, it was recovered — and it was found after around three hours of actively searching on social media.

For those who are not familiar with what happened, Gab’s blue Nishiki Sport was taken while he was buying water in a convenience store in Mandaluyong. After a social media search party, while coordinating with authorities, the vintage vehicle was returned when the buyer of the Nishiki managed to see on Facebook an announcement that the bike was stolen.

Apparently, the thief managed to swiftly sell the bike for 3,500 pesos but the cycling community that Gab was part of quickly took efforts in looking for the stolen item online.

Perhaps Gab’s ride has taken on a new identity, “the bicycle that was lost and recovered.” But what’s the big deal, the sort of drama that looked like a scene from a TV show? If it happened to other people, they could probably have just accepted the fate of the bike and moved on.

Gab bought the Nishiki Sport in 2021, during Chinese New Year, from a private owner in San Juan. He was then using a Specialized Stumpjumper mountain bike previously owned by his dad but this biker wanted to have his own road bike since his cycling friends from lifestyle brand Leisure were all sporting this ride.

When Gab learned about the Nishiki being sold at Facebook marketplace, he messaged the owner and asked him if he could check the bicycle the next morning. The reply was, “pwede basta wala pang kumuha.” The cyclist feared that he might miss it so he immediately went to San Juan, checked the bicycle, fit his size and bought it right away.

And now, after the Nishiki got stolen and returned, we could definitely say that Nishiki was meant for him. Well, Gab also said that he liked the bicycle because it sort of became part of his identity in his cycling community.

According to him, there were people who recognized his bicycle even before the robbery. In fact, cycling couple Lester and Timi Abutog from his group Meet & Ride told him that they’ve been appreciating this road bike even before they became friends.

But among everything else, the Nishiki road bike is important for Gab because it’s his way of moving around the city. This is his main bike for leisure and city cycling — he got a different bicycle that he uses to deliver orders from his food business Luto ni Gab.

This cyclist admitted that he used to have a love-hate relationship with the Nishiki. The bicycle is in working condition but he had to change some parts. For aesthetic purposes, he replaced the tires, saddle and bar tapes to give it a brown accent. He also replaced the spokes because they fall off. He got new pedals and a bottom bracket too.

Despite some minor changes, the bicycle was practically similar from the time he bought it. He said that the previous owner really took care of the bicycle.

The longest ride that Gab had with this Nishiki, which he named “Klassik” on his Strava, was 201 kilometers. He rode it with friends from Mandaluyong to Pampanga from 5am to almost 12 midnight.

Gab was really glad that he managed to recover the bicycle. But with everything that has happened, he’s really thankful to the cycling community that helped him get it back. According to him, he felt the love.

From being a simple and beautiful vintage bicycle, Gab’s Nishiki Sport has managed to score a new story. And definitely, it’s the bicycle that we’ll remember as the one who got stolen and was quickly recovered.