Apart from checking the bicycle’s competence, this trip is also my way of testing my own physical capabilities in surviving a route with a vehicle I rarely use for cycling longer distances. 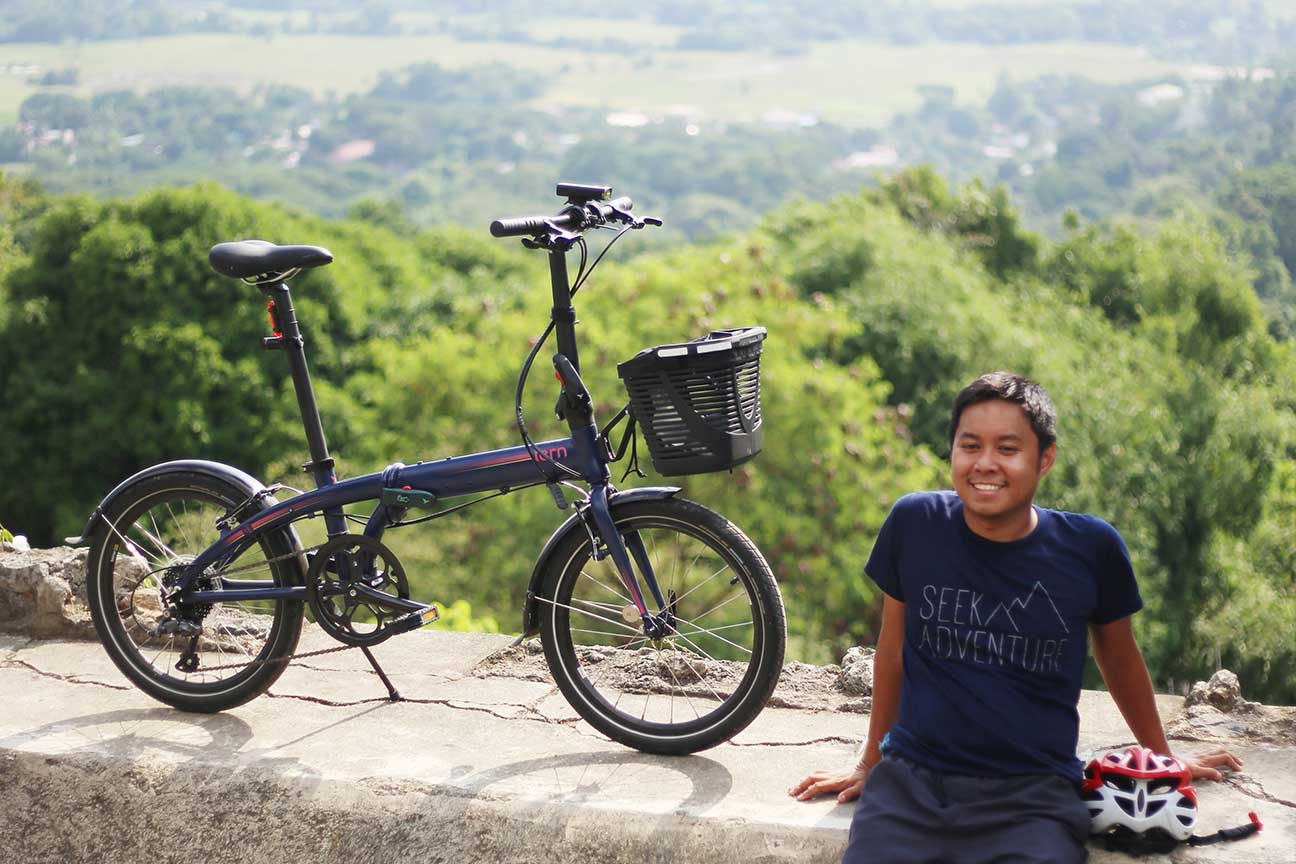 We already know the advantages of a folding bicycle — from a small vehicle that can be convenient when running errands, its foldable feature that can be brought inside establishments and public vehicles to its space-saving quality, among others. The foldie is very versatile.

I’ve been using the Tern Link D8 for around six months now and I wanted to test how it rolls in more challenging routes. You see, I mostly use this bicycle for short city rides and whenever I need to do quick grocery shopping or banking. That’s why one I thought of bringing it up to Boso-boso in Antipolo, a popular destination that’s filled with long stretches of uphill climbs.

Surprisingly, it’s not as tough as I imagined it to be. Since I was using 20-inch wheels, I was definitely slower compared to my previous Boso-Boso trips where I had the advantage of bigger wheels from my road and gravel bikes.

The Tern Link D8 that I used has an 8-speed drivetrain with Shimano Claris rear derailleur. While this combination is suitable for city rides, I would say that it required me to exert extra effort, especially on those lengthy slopes.

To be fair, I managed to complete the challenge without walking my bicycle. There was one buko stop from a favorite spot but the expectation of cutting a climb to rest never happened. I guess credits go to my experience in pandemic cycling and biking strategies I learned from friends.

As someone who’s very laid back, I really like riding in an upright position. While this can be inefficient at certain times, I prefer to be more relaxed. Well, Tern Link D8 has an adjustable stem, anyway, that is very handy if I want to change my riding style. Despite being used to disc brakes, the V brakes of the foldie did not disappoint.

Nevertheless, the Tern Link D8 foldie managed to bring me to the viewpoint beside Shell gas station in less than two hours — that’s faster than the anticipated time I set for myself.

So why did I take this challenge? It all started out as a joke when I got it in January. After learning the story of Nicole and Pao of Bakal Bisikleta — their adventure of climbing Boso-boso on folding bikes — I got interested in doing the same task!

If I were to recreate this challenge again, I would probably remove the basket (which came in handy that day in carrying some of my essentials). I would also change my saddle to a more suitable seat for longer rides. But overall, I’m good with the rest of this folding bike’s stock parts.

You see, I’ve seen and heard statements from people that a folding bicycle can only do limited stuff and it would be a joke to take it on longer rides outside the city. But then you also got stories of people going to Kaybiang Tunnel on a foldie or even completing double century rides. And since I managed to use this kind of bicycle, I thought of taking it on a spin that’s different from how I typically use it.

Apart from checking the bicycle’s competence, this trip is also my way of testing my own physical capabilities in surviving a route with a vehicle I rarely use for cycling longer distances. It might be crazy for others but it’s the kind of enjoyable dares I take from time to time.

It’s not that easy but the almost 70-kilometer trip I took with the Tern Link D8 is memorable. Thanks to Marti Salva for accompanying me on this challenge and for the pictures. The best way to cap off that ride? A refreshing Ube Latte from Kuro.