He used a folding bike in finishing the Caliraya loop, with some side trips. He covered 243 kilometers in 17 hours 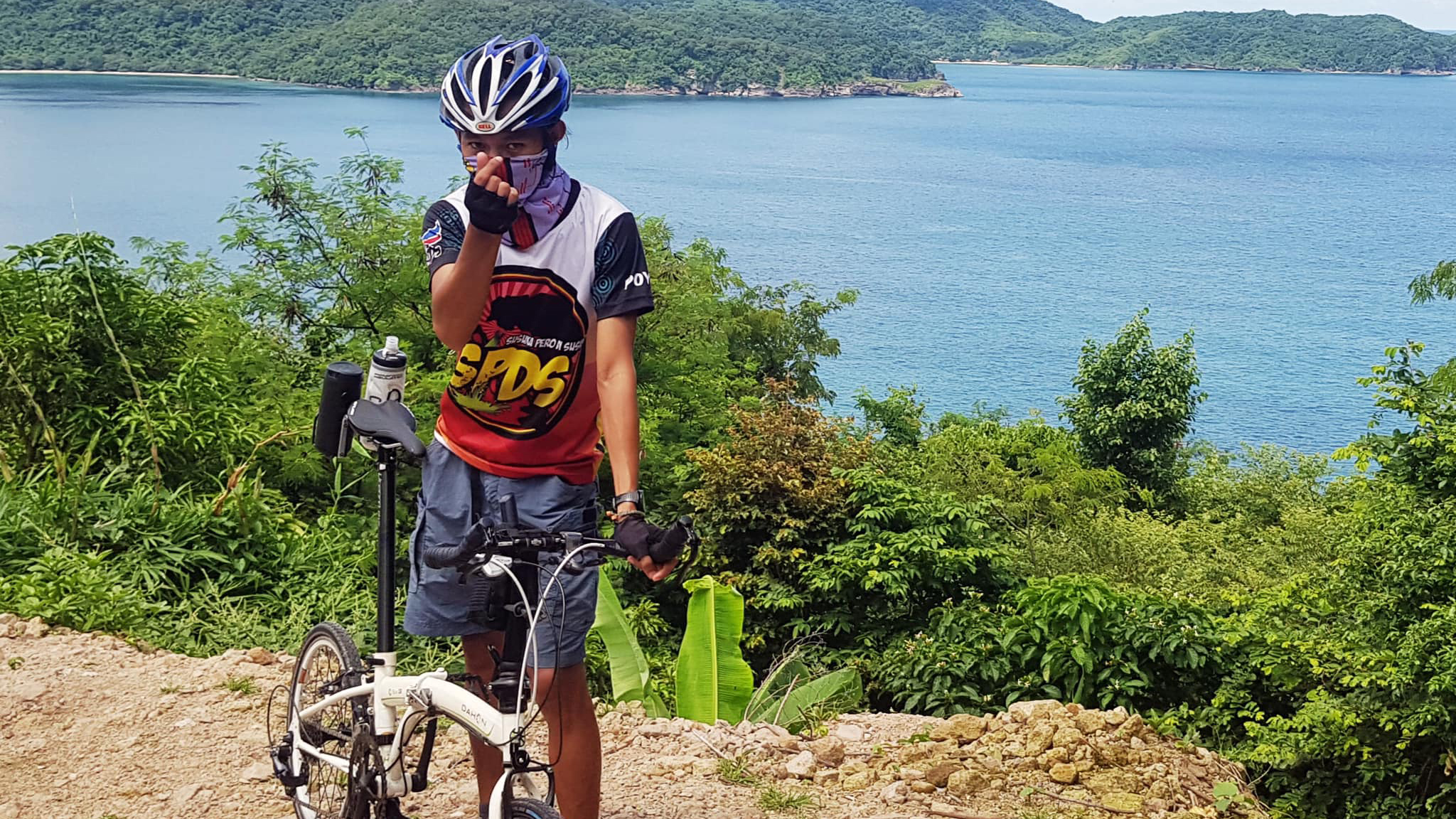 It’s pretty impressive when we saw on Instagram that biker Poy Brillantes managed to finish a 131-kilometer Las Pinas – Antipolo round trip. What’s remarkable about that? He used a folding bike.

Here’s something more interesting: Poy finished the Caliraya loop in Laguna with a stopover in Tagaytay before heading home using the same bike. It was an intense 243-kilometer trip that he finished for 17 hours.

Usually, bikers use their road bikes or MTBs when doing longer trips. Folding bikes are generally designed for short rides such as commutes or grocery runs.

We know many foldie owners who think that their speed doesn’t go quick no matter how fast they pedal because their wheels are small. That it’s hard to do long rides with their bikes. If you think about it, their observation makes sense.

So we asked Poy on how it’s possible to do long rides with a folding bike and what are his tips for those who plan to do the same.

Any bicycle can do long rides. Make sure that your bicycles are tuned well—from the gears, the brakes and the hinges. When you are using a folding bike, you must give extra care because unlike the big bikes, ours have folding systems that make it more vulnerable to breaking.

Yes, folding bikes will not reach a top speed, unlike what a road bike can do but it will certainly bring you to the same finish line. Don’t think of the time difference. Just go at your own pace.”

Poy told us during an earlier conversation that he wants many people to know that foldies are not just limited within the cities, that it can catch up with big bikes and can do more during climbs.

“There are limitations but it doesn’t make us, folding bike users, inferior to others,” he said.