The young twins who defied their mother and went biking

The twins, who are in their early 20s, were already thinking about biking in the metropolis even before this pandemic. It was only during last year when they had the courage to finally pursue this lifestyle. 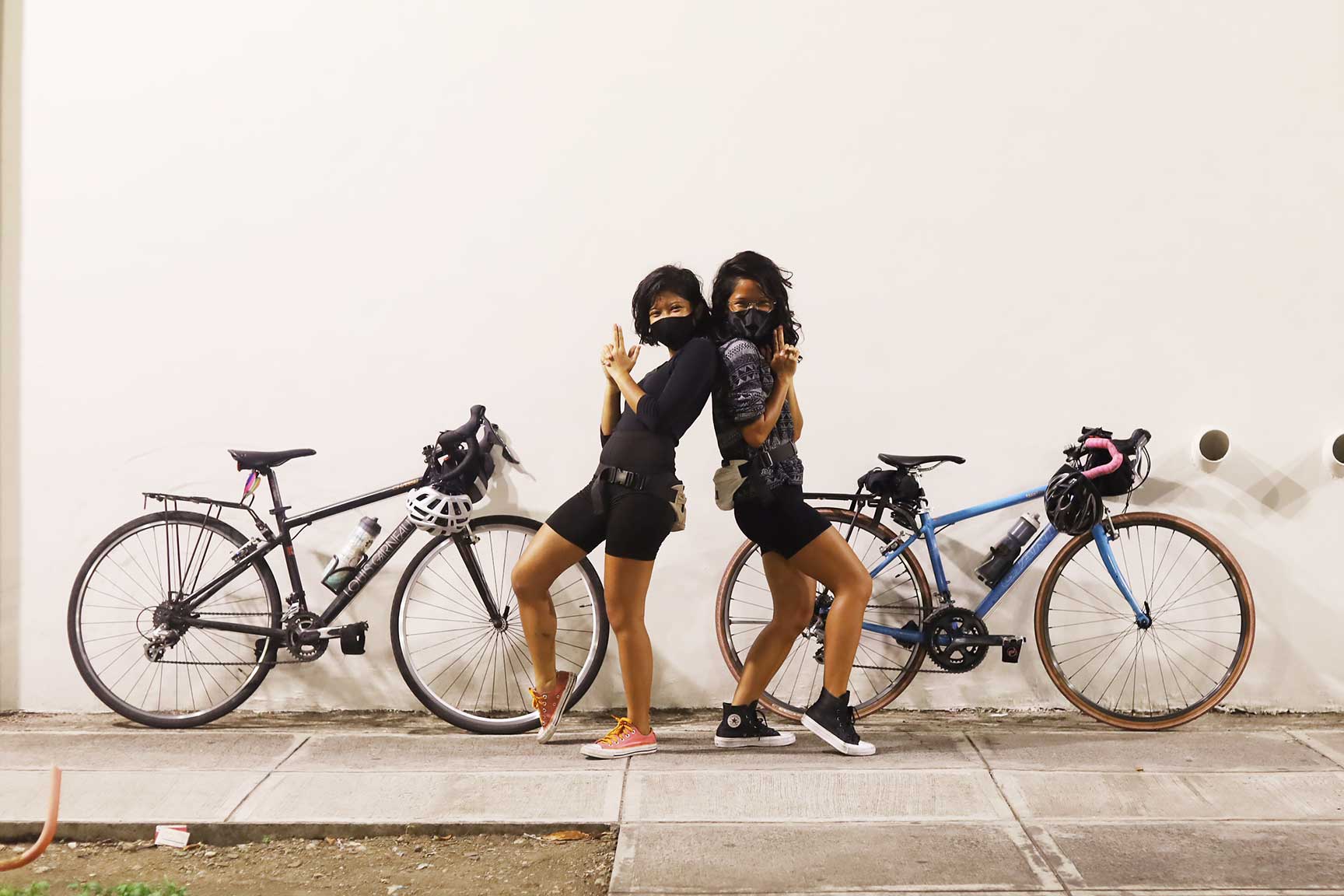 The Alvarez twins were in a car with their family when Ally suddenly blurted out, “Mom, I think I want to start biking.” The response of the mother was not surprising, she was shocked and immediately replied: “No. Don’t. Do you see our roads? You can’t go biking on these roads.”

“That sealed the deal for us. For me and for her, that… okay, were getting bikes,” Ysa told First Bike Ride.

The twins, who are in their early 20s, were already thinking about cycling in the metropolis even before this pandemic. It was only during last year when they had the courage to finally pursue this lifestyle.

It was an article that triggered Ally to finally go and buy her own two-wheel ride — it said in the write-up that this pandemic is perhaps the best time to try biking. So she did.

“It started during the start of the pandemic since there was no way to commute. I guess back then, we always wanted to start biking but I started also because the roads, I noticed, had less traffic,” Ally said. She managed to score a foldie.

A week after getting Ally’s bicycle, Ysa got her folding bike too. Initially, she didn’t feel the urgency to buy one but the excitement kicked in when she saw her other twin enjoying her rides in the city.

Their first bike rides were around Makati. Back then, they were still living separately and Ally would pick Ysa up and they would go to parks, just short distances to exercise and maybe spend some outdoor time together.

Ysa recalled that their first bike ride that’s quite far from their residence was in Quezon City. But they went bimodal – the two biked to the MRT station, rode the train with a folded bike and got off at Quezon Avenue. And then they biked to join a protest in UP Diliman.

“We were riding at night once and then it started pouring, there was a storm and the road was flooded and we were biking with our folding bikes,” Ysa told us when we asked them about fun experiences. “It was the most exciting ride that we took a picture of ourselves and put it on our stories.”

The twins also play Jiu-Jitsu and their teammates saw on their social media that they were biking. The girls were then invited to group rides and they started having longer trips. From five-kilometer cycling around Makati, the two saw themselves finishing 20, 50, 80 kms and eventually a gran fondo.

When we asked about their memorable ride, Ally immediately replied that it was their trip to Kaybiang in Cavite.

“Umiyak ako diyan. Grabe ‘yun, I was telling our mentor, pwede ba mag-Grab from here?” she said. Her twin followed up, “I was there but I’ve upgraded my folding bike. I was on a double chain ring. Ally only had a single chain ring, it was really a commuter bike.”

(I cried there. It was intense. I was telling our mentor if I can rent a car.)

Yes, the twins went on a more than a hundred-kilometer ride using folding bicycles. Aside from Cavite, their foldies even reached other far destinations like Wawa Dam in Bulacan.

After a few long rides, they decided that it’s time for them to go on and take on bigger wheels. Ysa tested her new bike in Alabang and said that she was not used to the weight because it’s heavier compared with her foldie.

“At first I was surprised with the difference,” Ally said, describing her experience with her new ride. “After I got my bike, we went to Timberland to test it.”

Ysa added, “we picked her groupset up at Masinag. So since malapit lang I said, let’s do Timberland.”

Timberland, for those who don’t know, is a popular cycling destination in Rizal because of its difficult inclined roads. They’re really courageous in taking this challenge considering that it’s their first time with a bigger bicycle.

Ysa recalled that they used to just go to parks and train for longer rides by doing laps near the international school in BGC or Mckinley Hill. But now, Ally said that they ride to eat, hangout and meet new people.

Aside from their twin rides, they used to only ride with their Jiu-Jitsu friends. But now, through Esteban Cycling Club (ECC) and biker-mom Jelly Agustin, they became acquainted with other cyclists and found a welcoming cycling community.

“Before ECC, it was usually just the two of us. Jelly was the catalyst for us to other people outside Jiu-Jitsu,” Ally said.

Ysa recalled, “It was through First Bike Ride. I was following the page, after my first ride on this bike. We came back from Alabang and I was resting at Mckinley Hill Station, and Jelly took a picture of us and then tagged First Bike Ride in her story.”

“I saw the story and said, ‘hey that’s us.’ We didn’t approach Jelly then. I was just admiring her bike from afar. We met through your page. First, we invited her to a ride with our Jiu-Jitsu teammates and then she invited us with ECC.”

Ally was really thankful for cycling because she used to have an active lifestyle before the lockdown. She told us that Jiu-jitsu was her way to release her stress but the pandemic halted this physical activity. Meanwhile, Ysa admits that she used to have a sedentary lifestyle. While the former was doing her outdoor exercise pre-pandemic, the latter would just be at home.

The only physical activity shared by the two was Jiu-jitsu — and now, they have cycling.

The twins consider their bicycles as their main mode of transportation. According to them, they even get motion sickness when they ride a car now because they’re not used to it. And after a year of cycling, their parents have accepted that their daughters are now biking in the city.

“They tell us to be careful but they’re fine with us biking. They’ll offer to bring us by car back home but they don’t mind if we just bike,” Ally said. Ysa noted that their parents’ behavior towards the road changed too: “Nowadays our parents would give more way to cyclists kasi they know that might be our children.”

Interestingly, their mom who used to say that they should not bike is now thinking of cycling.

“Our mom wants to start biking na rin, around the subdivision just to get exercise,” Ysa said.