Extra challenge: the toughest busy road in Manila is Taft Avenue and it’s difficult to bike—even drive—in this place 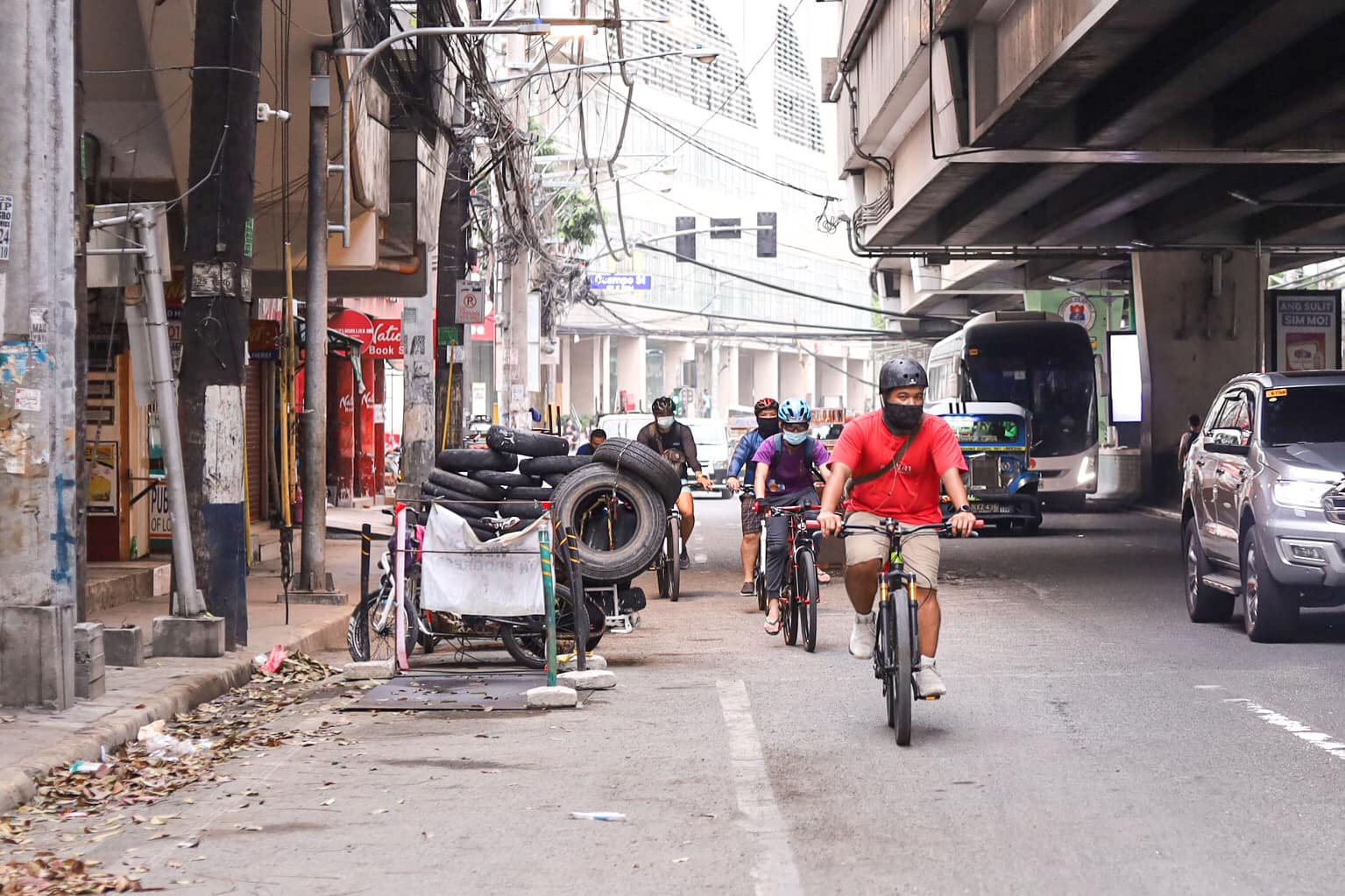 First Bike Ride highly recommends cycling along the stretch of Roxas Boulevard during the night, start from the Cultural Center of the Philippines and end your trip in Manila City Hall via Padre Burgos Avenue. It’s stunning, especially when all the night lights are on and less motorized vehicles are on the road.

Manila City can be beautiful, however, many of its roads, most especially if you’re cycling, are quite difficult to use. And one of the hardest roads would probably be Taft Avenue.

Taft Avenue is one of the busiest and most important roads in the Philippine capital. Located here are the country’s top universities, important hospitals and many business establishments.

That’s why it’s pretty disappointing that a significant road like Taft Avenue is not maintained well and, we should say, unsafe for many road users.

Lagusnilad has recently been “beautified” after having its walls repainted. However, the most evident reactions on social media are about it being dangerous and its bumpy pavement. The comments are understandable. The people need safe infrastructure, not superficial ones.

Access to this underpass, with no protection or markings available, can be unsafe for cyclists too. Well, others can argue that bikers can make a U-turn in front of the National Museum or make a longer trip behind city hall. But for us, a bicycle is a legitimate mode of transportation that should have the same opportunities as other vehicles on the road.

Just days after the negative comments on social media, someone decided to fix Lagusnilad. That’s quick, praiseworthy and pretty awesome! However, we went here a few days ago and the road repair took a break, perhaps because of the Enhanced Community Quarantine.

If you’re coming from the city hall, the protected bike lane of Taft only starts at United Nations Avenue. And sadly, because of its poor road design, the entry to the bike lanes often gets blocked by tricycles, jeepneys and buses.

Blocking the protected bike lanes happen in so many parts of Taft Avenue, which discourages cyclists to enter their designated slot. But we can’t blame the drivers of these public utility vehicles because they need to stop for the passengers, they don’t have proper loading and unloading areas. We believe that the road design needs to be fixed.

The bike lane is separated by movable blue poles, which can get too narrow or wide (it depends on who moves it). Despite the irregular width, this protection is really helpful because motorized vehicles in Taft can be fast, driving above the city’s speed limits. In addition to these, it’s really bumpy inside the lane.

The bike lanes end at Quirino Avenue, not even painted ones are installed until the end of its Manila stretch. And this is where the difficult parts come. The roads become so uneven and bumpy that even motorcycles and cars complain about the pavement’s situation. Pedestrians are having a hard time walking too since many of them are forced to go outside the sidewalk due to parked vehicles and other obstacles. Taxis and cars are idly waiting on the main road, just outside condominiums too.

It gets crazier in Vito Cruz station, one of the busiest areas in Taft. The roads in front of De La Salle University and College of Saint Benilde really need maintenance—there are unfinished road works, huge cracks and it floods sometimes.

Garbage is something noticeable too. Since Manila likes to keep its city beautiful, this major thoroughfare really needs some cleaning.

It’s tough using Taft Avenue. Considering the amount of people who travel along this road and the important establishments located here, it deserves better.

We’re hopeful that Taft Avenue can be fixed soon. We saw that Manila had already improved some pavements in Sampaloc and Binondo while Recto Avenue is currently having repairs.

A few days ago, we biked along Taft Avenue and we’re glad to see so many cyclists on the road—biking to work, exercising and coming from the wet market, among others. Alongside these bikers are mostly public transportation, servicing the general public. There are few private vehicles on the road.

When we got home, we realized one thing: Taft Avenue, like many roads in the country, give more priority and convenience to the privileged individuals who use cars. It’s really time to redesign our roads, be wise in allocating space and give it to the majority of the general public.