Studio Kapitbahay is the coolest workplace ever

The first things we noticed when we visited Studio Kapitbahay last December were the bicycles parked in its garage. 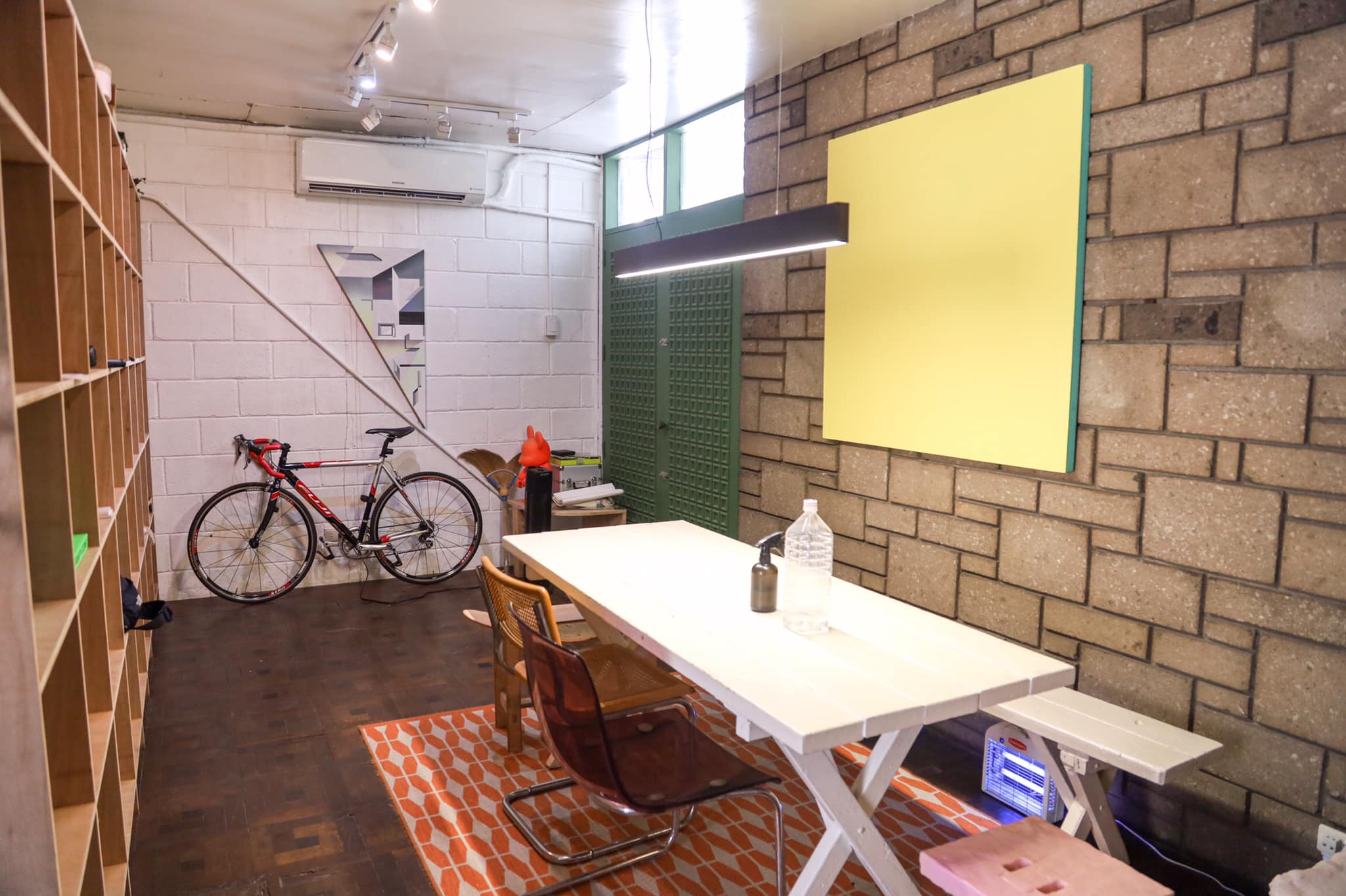 Studio Kapitbahay is a bike-friendly shared studio where everyone rides a bicycle.

The first things we noticed when we visited Studio Kapitbahay last December were the bicycles parked in its garage. It’s pretty refreshing to see that a parking space, usually occupied by cars, is dominated by bikes.

Located in Pasig City, Studio Kapitbahay is a studio shared by twelve creatives who happen to have a collective love for cycling.

The idea of coming up with this kind of workplace was initiated by illustrator Soleil Ignacio, visual artist Kris Abrigo, architect Lando Cusi and designer Allie Principe. They used to work remotely from their own homes, got tired of their set-up and thought of creating a shared space with other like-minded individuals.

The four of them, designated as the “managers” of Studio Kapitbahay, found a suitable house for this kind of arrangement during the last quarter of 2019, renovated it and eventually invited more people who work in the creative industry to become their co-tenants.

First Bike Ride visited them again last month, with Lando from design studio Graar giving us a tour in this hip workplace.

(It’s awesome because we have a dedicated workspace and the people that we’re with are in the creative field. We feel everyone’s undertakings. It’s really fun that we have the same vibes and likes. And it’s not just that, we can also have a chance to collaborate with one another.)

The kapitbahays, as what they would call themselves, are composed of Soleil, Kris, Lando and Allie, together with filmmaker Caloy Soliongco, crafter Mansy Abesamis and graphic designer Ivy Pangilinan and toy maker Ralph Guibani. Also part of this awesome “neighborhood” are Marla Darwin and Joel Darwin from graphic design studio Natural Selection Design. Creative agency Hiraya MNL’s Chi Jihan and John Ignacio are the latest members of the group.

The kapitbahay’s interest for cycling started with the four managers. When they were still renovating the place before the community quarantine, Lando recalled that they decided to buy bikes because it was more convenient and cheaper for them if they cycled from their homes in Mandaluyong to Pasig.

(At first, we just thought of using our bikes for commute to the studio. That was its use until the lockdown happened. Then during MECQ, Soleil’s brother Jawo invited us to bike one Sunday to BGC. Then we realized that it’s easy to go around Metro Manila.)

They found themselves riding more often which prompted the four to upgrade their commuter bikes to something more suitable for longer rides, bikes that would make them reach Tagaytay, Nuvali and Bulacan easier.

Then the “budolan” among the kapitbahays happened. Lando, along with the other managers, started inviting the other tenants to get their own bicycles and join them in their city rides.

(There, we had Studio Kapitbahay bike rides. The studiomates really get to ride. It’s fun that we were able to get everyone to ride a bike.)

He added, “The bike rides are more of blowing off steam, parang it’s a break from working. It’s also a way to foster relationships with one another.”

As a manager of Studio Kapitbahay, Lando noted that making a workplace bike-friendly is definitely easy and cheap. It’s a matter of being resourceful, creative and promoting an environment that would welcome the cycling mindset.

For example, they decided to allot space and installed bicycle parking when more kapitbahays got into biking. We have noticed that they allow bikes to be parked inside the studio too. Becoming a bike-friendly workplace also became beneficial to their biker friends and guests.

This “bike-friendly neighborhood” is definitely admirable – the kapitbahays who are doing incredible in their individual careers, the whole group enjoying bike rides during their free time and the laudable workspace that encourages creativity and empowers cycling.