Valenzuela is making its city more livable through parks, open spaces and cycling

Valenzuela is veering away from its image and the people's perception of being a heavily industrialized place filled with factories and trucks traversing from Region 3 to other areas of Metro Manila. The local government wants to improve the city for its residents. 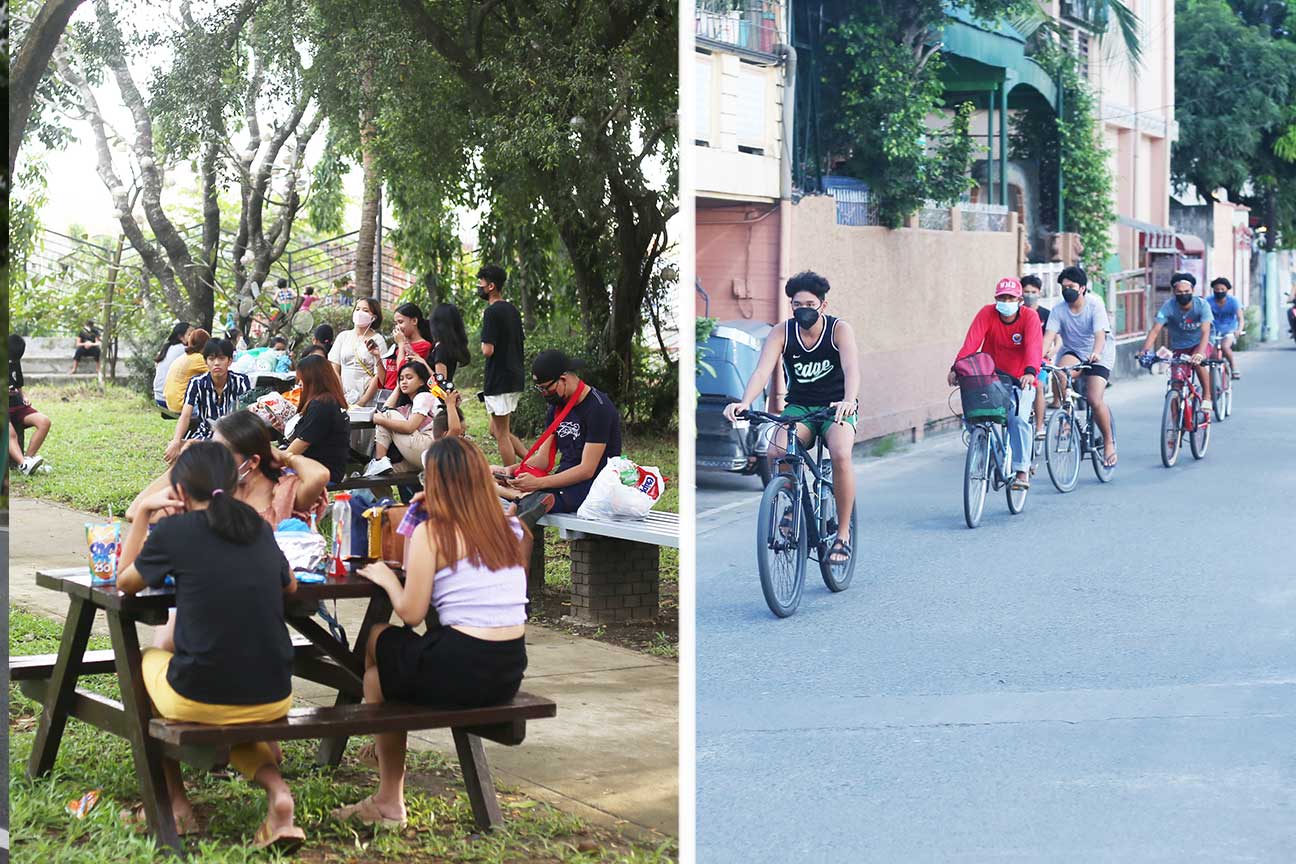 It seems that Tagalag breaks the stereotype of Metro Manila: chaotic, industrialized and noisy. The fishing village makes a good impression to new and fascinated visitors too, who can’t believe that this is an actual place in the metropolis and not in the province.

The place used to be a simple fishing area until the city government decided to invest in it by putting a boardwalk and promoting it as a safe space for Valenzuelanos. It opened in February 2020.

Valenzuela is veering away from its image and the people’s perception of being a heavily industrialized place filled with factories and trucks traversing from Region 3 to other areas of Metro Manila. The local government wants to improve the city for its residents and Tagalag Fishing Village is just one of its many projects in achieving this goal. They believe that they need to promote open spaces, cycling and the walkability of the city.

The first public park that prompted this realization was the People’s Park along the busy MacArthur Highway, just near the City Hall. It was inaugurated in 2015 and it clicked with the people.

While there’s a notion that parks don’t generate income, it increases the happiness index level of the residents. The Valenzuelanos don’t need to travel to Quezon City Circle or Luneta Park to enjoy quality time with their families, they now have a place on their own near their home.

More parks followed like the Family Park in Karuhatan, the redevelopment of Polo Park, Tagalag Fishing Village and the recently finished Sports Park in Wawang Pulo.

Valenzuela recently launched the bike lanes along MacArthur Highway too, a major thoroughfare where cyclists bike along with trucks and fast motorized vehicles. While there are many strict rules that come with it, enforcement is evidently seen. Unlike other unprotected bike lanes in Metro Manila, we have observed that the designated space for bikers is pretty much respected in this stretch.

When you go to the inner roads of Valenzuela, people don’t mind that there are no bike lanes for cyclists because there’s a respect towards people on bicycles. According to King, Valenzuela, particularly the areas near Malabon and Bulacan, has developed an incredible cycling culture even way before the country’s bicycle boom during the pandemic.

They promote cycling, along with public transportation and walking, perhaps because it’s the more practical and efficient way for everyone to travel and use because of the limited space. When you go to their parks and open spaces, most of them don’t have car parking slots.

“The first goal is to provide these spaces for the people, especially the immediate communities kung saan nakatayo ‘yung park na iyon. If you observe the Family Park, wala siyang car parking. Ang logic kasi diyan is one car parking slot that is already a space for one family to enjoy a picnic space,” King said.

Other Metro Manila cities can learn from Valenzuela’s mindset. We lack public spaces, especially now in the pandemic where open spaces are safer and more important for the mental health and well being of the Filipinos.

One can argue that Valenuzuela is still dominated with industrialized space and areas that are not people-centric. But one should take note that it’s been a problem in the past that the city has been actively trying to solve fast to make it more livable for the residents.

Aside from the Sports Park that will be open to the public on February 14, the city has more ongoing projects and plans for its people. The pedestrianized Fatima Avenue will be completed soon, a scheme of converting an unused space below an expressway infrastructure will be turned into parks and there are proposals of making a carbon-free lane that’s exclusive for pedestrians, bicycles and non-motorized vehicles.