For the first time in 16 years, this couple found a new passion that they can learn together

Back when they were not yet biking, Lester and Timi said that they were just the indoor-type of couple and family who would just enjoy visiting the mall, watching movies or going on staycations. 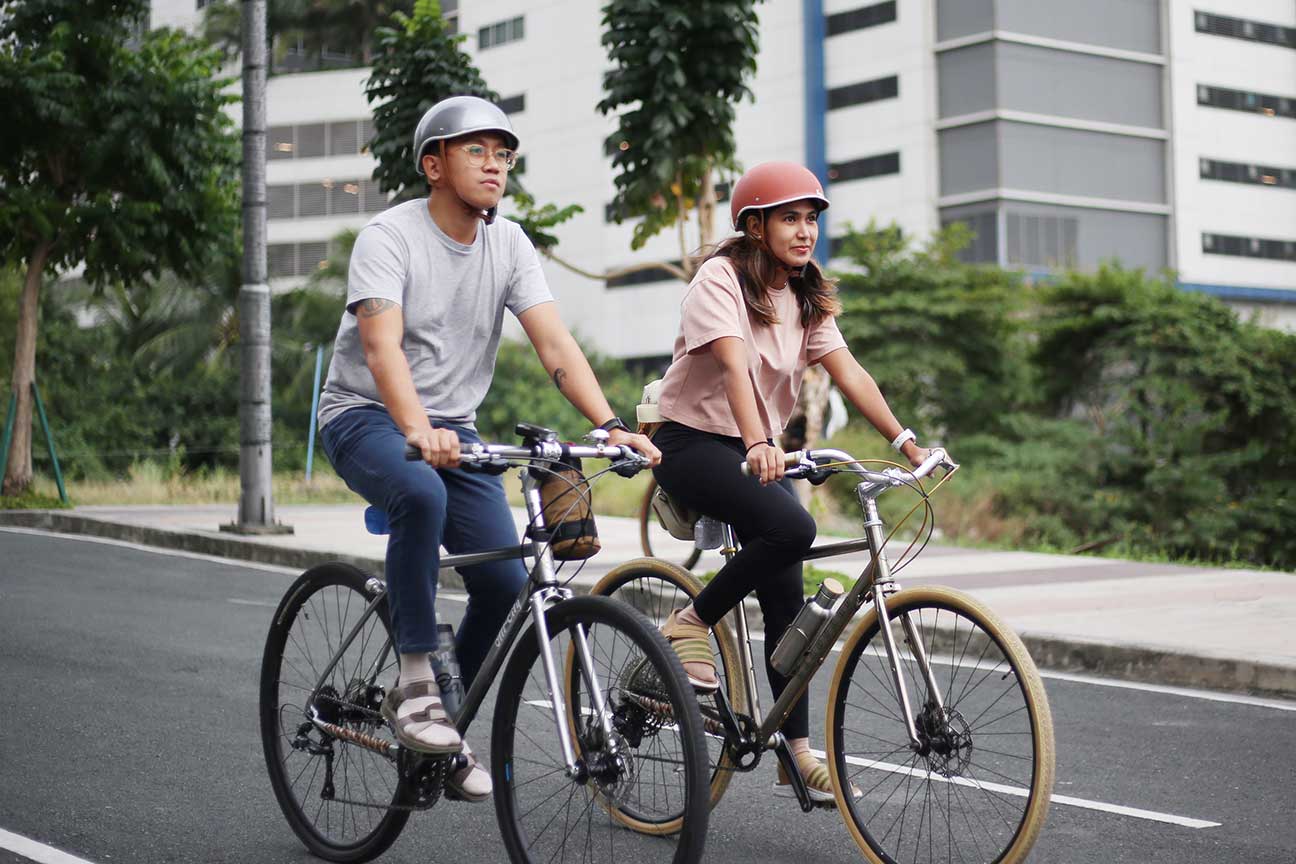 Lester and Timi Abutog have been married for almost twelve years, but they’ve been dating since 2006. For the first time in 16 years of being together, it was only this pandemic that they have found one common interest that they both regularly do with each other — and that’s cycling.

They’re very busy, especially during the pre-pandemic days when the couple juggles their time with their three kids and in climbing the corporate ladder. According to them, it is only now that they can enjoy more time for themselves.

Their kids are aged twelve, seven and four. And even though they have other people who help them in taking care of the children, they’re still pretty hands on, especially when the young Abutogs were still babies.

It was Lester who first tried biking. Back in May 2021, he bought a folding bike after some recommendations from friends. The husband would go out of the house early in the morning and would bike around Mandaluyong and its neighboring cities. Meanwhile, Timi would be curious, asking why her partner would take a long time outside — she thought that cycling would only take 30 minutes to one hour.

Even if Lester would constantly invite her to try cycling, Timi never entertained the idea at first because she was busy with her other side hustle, which is candle making.

But as time went by and Timi had a burnout with the candles, she realized that maybe she could join her husband in his urban cycling activities.

They bought the bicycle and took it for a quick spin that evening from Mandaluyong to Greenfield. While that’s technically their first bike ride together, they consider the next day’s trip to Kohi in Makati as the “proper” inaugural ride as a couple.

Lester already knew what to expect. It was Timi who was surprised with the route: she had to carry the bike and endure the uphill going back home. It also rained. Nevertheless, the wife still enjoyed the ride and described it as something close to meditation.

The two would just bike together for some short coffee rides and they’d discover interesting spots in the side streets of Metro Manila. And then, they started meeting people and joining group rides. These husband-and-wife cyclists, who admitted to be introverts, were surprised that they can still manage to have new friends and mingle with strangers.

Now, they’ve formed new friendships and they constantly cycle with a group called “Meet and Ride.” They’d go on cycling adventures around Metro Manila and in nearby provinces like Bulacan and Rizal.

But the pair still take time to bike alone together. Back when they were not yet biking, they told us that they were just the indoor-type of couple and family who would just enjoy visiting the mall, watching movies or going on staycations. They’re not used to being under the sun and recalled that they were fatter years ago.

Cycling changed Lester and Timi. For example, when they’re planning for an out-of-town trip, they would consider bringing a bicycle. A few months ago, their Bohol travel got canceled because of the typhoon. Instead of putting their vacation leaves to waste, they replanned and went to Dipaculao in Aurora instead.

For now, the couple has been enjoying city rides with friends and a bit of adventures outside Metro Manila. But when we asked them about their next dream bike adventure, Timi immediately answered Batanes.

Oh, what a lovely destination.