From a bad fall during the start of their biking adventures, the couple still can’t discount the fact that fear is still there. 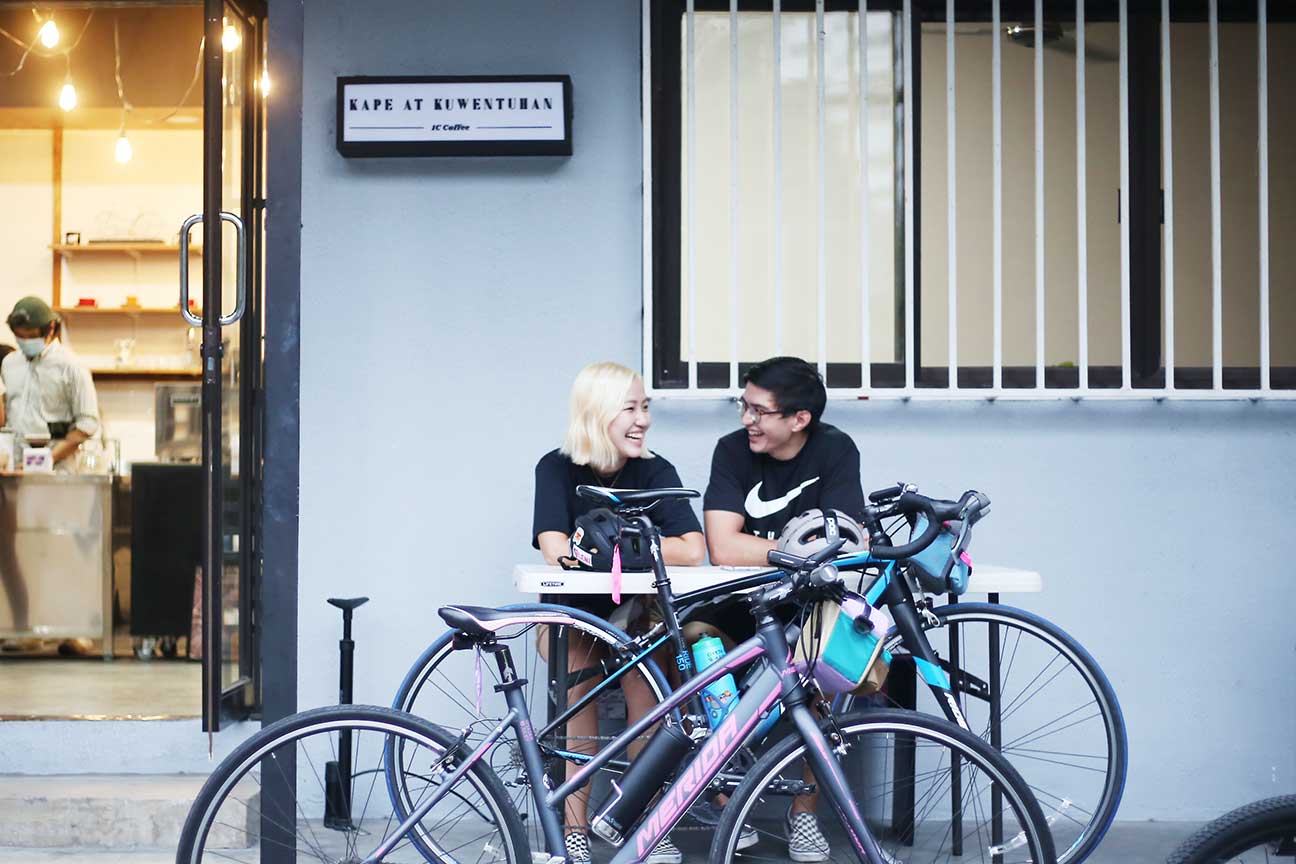 On their second bike ride inside a village near Libis in Quezon City, testing their newly-bought road bikes, Nicole Tan figured in a bad fall: a slip while going downhill that made her pass out resulting in an unexpected trip to the emergency room.

She was with Paolo Cruz, the worried boyfriend who accompanied her all evening at the hospital. There was a concussion but Nicole was fine, though she can’t remember most parts of the accident. But the guy was deeply concerned, with thoughts of them giving up on biking, an activity that they wanted to do as a couple.

“Siguro after the accident, medyo ayoko na mag-bike. Pero when I heard that she didn’t want to let the fear take over, parang I found it very brave. Alam ko naman na matapang siya but I think if the roles were reversed, ayoko na. So I guess that’s why tinuloy ko rin and I went with her and continued biking,” he added.

And true enough, Nicole was very courageous that in just two weeks, she bought a new bicycle. It’s a foldie this time because she realized that the kind of cycling that she wants to do is nothing aggressive. This lady just wants to go to nearby coffee shops and pop-ups that she sees on social media, and most importantly, spend time with Paolo biking around the city.

And then, a friend learned that they were cycling and invited them to bike from QC to Pasig to have coffee in 1C. It’s a cafe in Kapitolyo that’s popular with cyclists. Nicole admitted that they declined the initial offer because they’re not yet confident in biking that far — it’s around 10 kilometers for one way.

To gain more confidence, the couple would drive to BGC and ride their bikes around this bike-friendly neighborhood. They wanted to familiarize themselves riding along with cars and the protected bike lanes would be helpful for their practice.

And one time, they reached the entrance of the Kalayaan bridge that could easily connect them to Kapitolyo. Then that was it, the couple finally reached 1C, the destination that they thought they’d never visit using a bicycle.

They told us that 1C is an important part of their biking journey. Without reaching this place, they could probably not gain the confidence of biking far. Now, they can easily bike from Quezon City all the way to Makati, Taguig and even to Rizal!

Nicole and Paolo met in a gym back in 2015. This is also the place where they became a couple. Before the pandemic, the two would enjoy working out after their office hours. From simple exercises, both saw themselves progress to lifting weights, doing CrossFit and eventually entering competitions.

So it was very difficult when the pandemic closed the gyms. They would workout in their respective homes but they can only do limited stuff. That’s why they thought that maybe they could try a different fitness activity — and that turned out to be cycling.

They were inspired to ride a bike because they saw on social media that many are enjoying biking. They told us that they get ideas of where to go and what to do from bikers they follow like Trasienne Estrada, Manila Commuter and Budol Buddy, among others. Well, they also made their own bike IG account, @bakal.bisikleta, where they chronicle their fitness and bike activities.

Just like working out and CrossFit, the couple realized that they’re also progressing in their cycling journey. From failing during their first attempt with the roadbike to simple cycling trips to cafes using their foldies, they’re now using bigger bikes to conquer longer destinations and more difficult routes.

They’ve gone stronger too. One of their adventures that we particularly liked was the impressive Boso-Boso climb using a folding bike. As someone who just started cycling last September, it’s a feat that they did this after biking for just three months.

“Ako, personally, I like the idea of progress and physically challenging yourself,” Paolo said.

From a bad fall during the start of their biking adventures, the couple still can’t discount the fact that fear is still there. Paolo would still be conscious that it might happen again to Nicole and on her end, she is afraid that her boyfriend might experience the same thing.

But like what they said, they’re not letting fear get in their way. These cyclists still continue enjoying their bike rides.

Now, with the help of their friends, they are planning to finish their first 100 kilometers — they’re gradually training for it mentally and physically. And this time, they’ll be using a faster bicycle.