We went there for a weekend cycling trip. We were invited by journalist Howie Severino to join him and the bikers from nonprofit organization Juan Portrait. 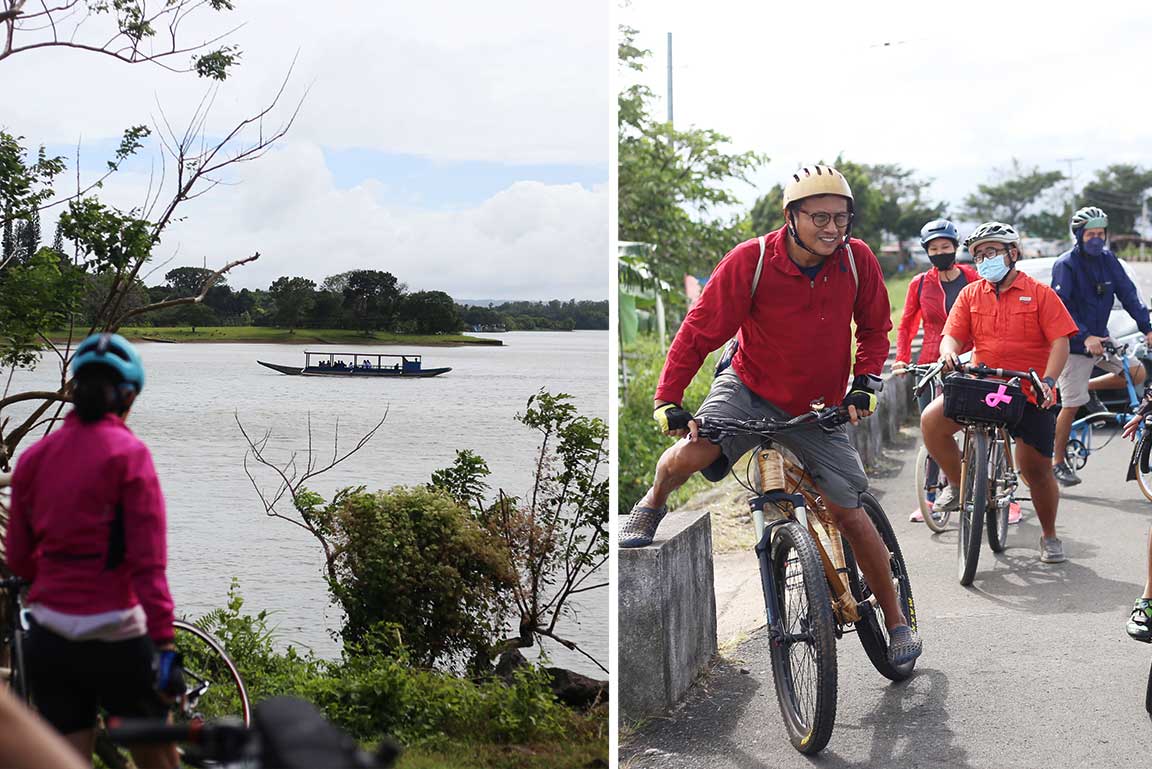 Caliraya Lake is probably one of the most beautiful places that we’ve been to with our bicycles — it’s very calm, picturesque and refreshing. It is situated in Cavinti and Lumban in Laguna, around a hundred kilometers away from Manila but its majesty is really worth the travel.

We went there for a weekend cycling trip. We were invited by journalist Howie Severino to join him and the bikers from nonprofit organization Juan Portrait. We’ve biked with this group before and it’s always awesome riding a bike with them because the company is consistently relaxed and we always learn something new from these people.

Howie, who has been here numerous times, showed us around. During his mini tour, he told us about things that we can do around the lake aside from cycling: there’s a kite boarding club, small interesting stores, cozy accommodations and photogenic spots, among others. Of course, there are lots of stories when you’re with a storyteller.

We were with artist and columnist Carla Gamalinda who recently worked on a project about cartoonist Nonoy Marcelo. Apparently, he was also Howie’s colleague back when he was still working for newspaper Manila Chronicle. Both of them were exchanging stories about this great illustrator.

There were lots of stories about Nonoy — from personal encounters, his habits when he’s still a cartoonist to his workmanship even when he was still illustrating for Far Eastern University’s school paper. According to Howie, he only considers a few geniuses and Marcelo is one of them.

Since we’re surrounded with a lot of photographers from Juan Portrait, there were so many stops for picture taking. It’s something that we prefer, to be honest, since we’re not in the mood that day for speeding up and challenging uphills.

The roads in Caliraya are generally suitable for anyone who can ride a bike. It’s pretty safe because there are less cars and most drivers are respectful to cyclists and pedestrians.

However, take note that there is a big stretch of uphill in Lumban-Caliraya-Cavinti and the inner roads might not be easy for bikes with narrow wheels.

Caliraya Lake is a man-made watershed that’s frequently visited by cyclists for its view and scenic routes.

The trip was short but definitely sweet and we’ll definitely go back next time — maybe with our camping gears. We heard that there are awesome campsites around the area.