Cars can be cyclists’ allies on the road 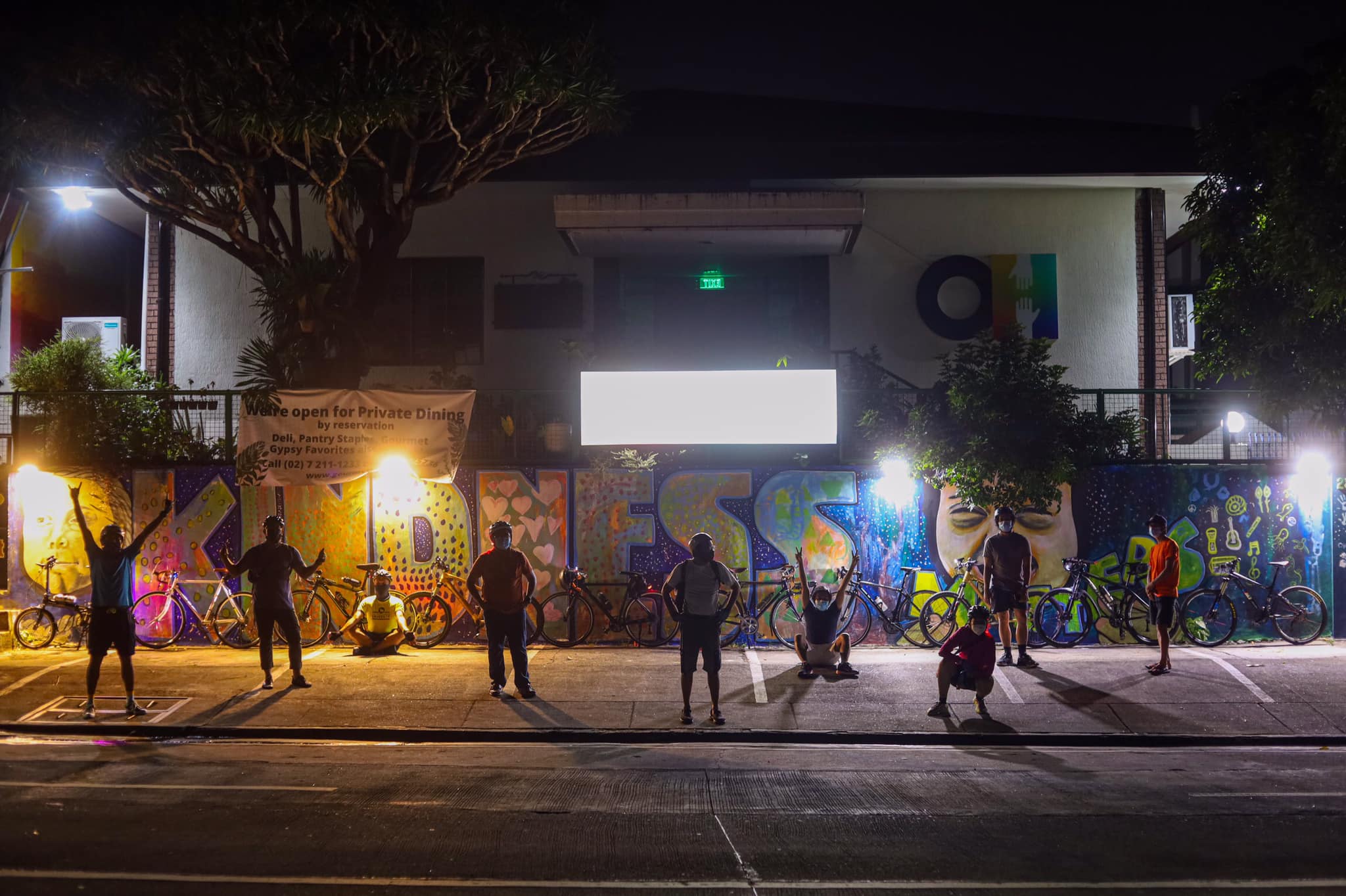 Look at what’s written on the wall. Here’s a reminder that a simple act of kindness goes a long way.

First Bike Ride had a fun ride last night around Quezon City with the awesome cyclists of Juan Portrait. We went around the Scout area, had awesome food at Campfire Burgers & More in Limbaga and visited the mural at GourmetGypsy Art Cafe in Maginhawa.

Before meeting the cool people of Juan Portrait, we saw an unfortunate incident in Quezon Avenue where one bus almost hit a cyclist who was inside the bike lane. The biker panicked and tried to move away from the big four-wheel vehicle.

As the biker moved away, he gave a signal towards the bus to tell the driver that what he did was cruel. The cyclist, unfortunately, didn’t realize that he was pedaling closer to a slow white SUV.

Good thing that the biker missed the car.

The SUV saw the struggling cyclist. When the biker went back inside the bike lane, the car moved beside him and drove slowly, perhaps to protect the cyclist from getting hit by other motorists.

The car was on the biker’s side until it was safe for him to pedal to his destination.

Simple acts of kindness like that made us feel that we have allies on the road. The bus incident was frustrating but the SUV’s gesture gave us hope that there are other road users who will be there for us.

We’d also like to say that it would be better and safer for the lives of the cyclists if the bike lanes were protected.

Our last stop with the Juan Portrait gang, a wall that says “kindness matters,” reminded us that kindness indeed matters.