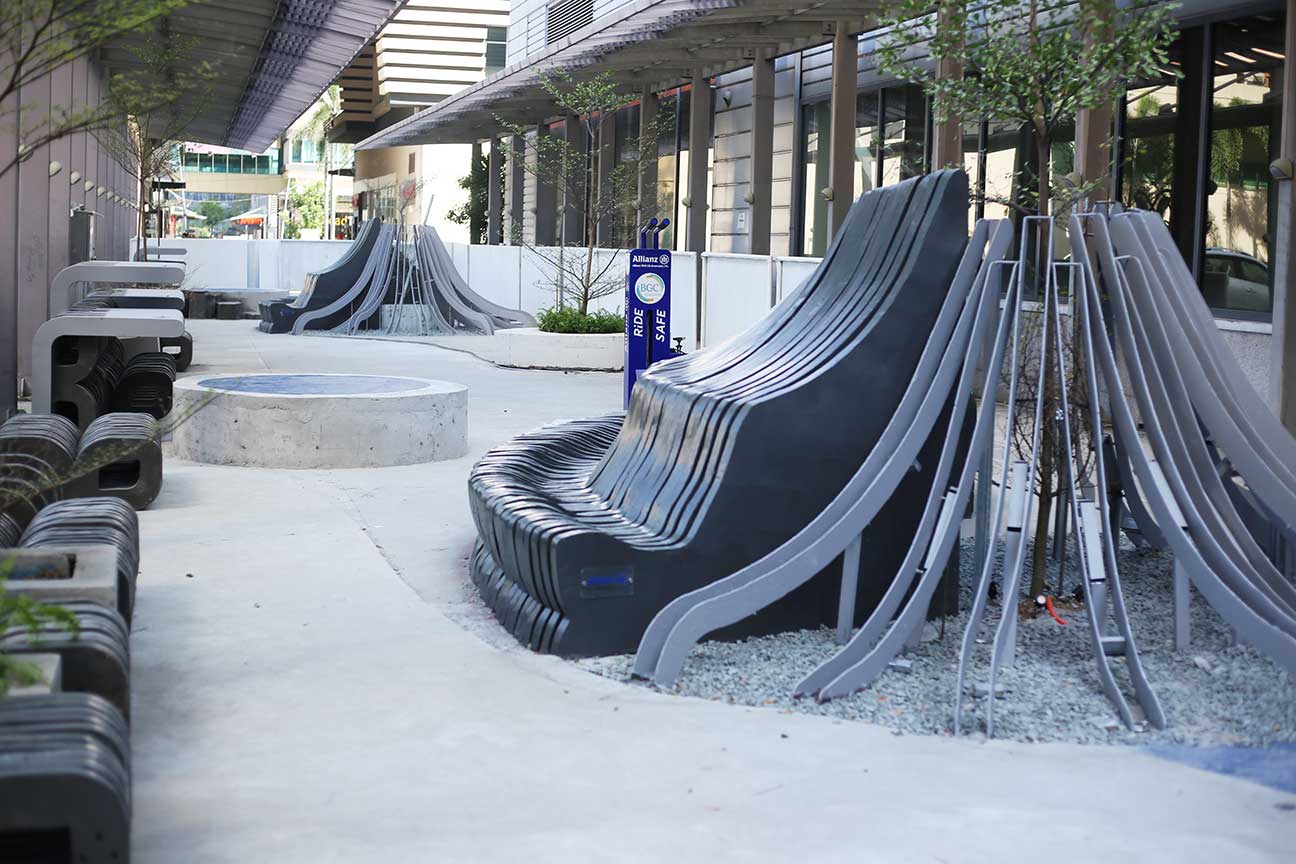 The Bikeyard is located along BGC’s 28th Street and Lane O. It’s a strategic place near High Street where cyclists can park their bicycles, rest and relax with friends. There’s also a repair station for those who need to immediately fix something with their rides.

“The Bikeyard is a hangout place. We want people to feel comfortable here, take a rest and repair their bikes,” Allianz PNB President and CEO Alexander Grenz told First Bike Ride. “It’s here to support the cycling community. It’s to keep cycling and promote it even beyond the pandemic. We hope to see cycling as part of our normal life.”

Grenz added, “Allianz stands for safety and protection. Of course, Allianz is into sustainability and cycling is sustainable. We reached out to Local Government Units (LGUs) and sought for partnerships.”

According to its marker, it said that The Bikeyard was born from Allianz PNB’s advocacy to make the Philippines more accessible to people who bike.

Allianz PNB has been helping LGUs in Metro Manila create friendlier cities in the metropolis. We were pretty much impressed when they partnered with San Juan and put bollards to protect bikers from motorized vehicles in Ortigas Avenue.

As part of their Ride Safe campaign, they also did a solar-powered bike pit stop in San Juan. In Manila City, Allianz PNB put up artsy bike racks around its major parks.

True to Allianz PNB’s value of sustainability, the Bikeyard in BGC has creative tables, chairs and bike racks made from recycled and biodegradable materials.

Aside from the hangout spot, they also installed 20 bike repair stations around BGC.

“Our sustainability agenda is much bigger. We do youth empowerment, financial literacy and inclusion. We did sport sponsorships in the past and we motivate people to live an active lifestyle,” Grenz said.

First Bike Ride was invited to the launch along with vloggers Eloiza Regaliza, Angelo Bikerdude, Ger Victor, The Cyclelogist, Ella Balanay and Kenneth Arellano, among others.