The pinoy bikepacker who became a cycling advocate

When Oscar got interested with bicycles, he never imagined that he’d be into adventure cycling and that it would later pave the way to him becoming a biking advocate. He now manages the social media page Pinoy Bikepacker. 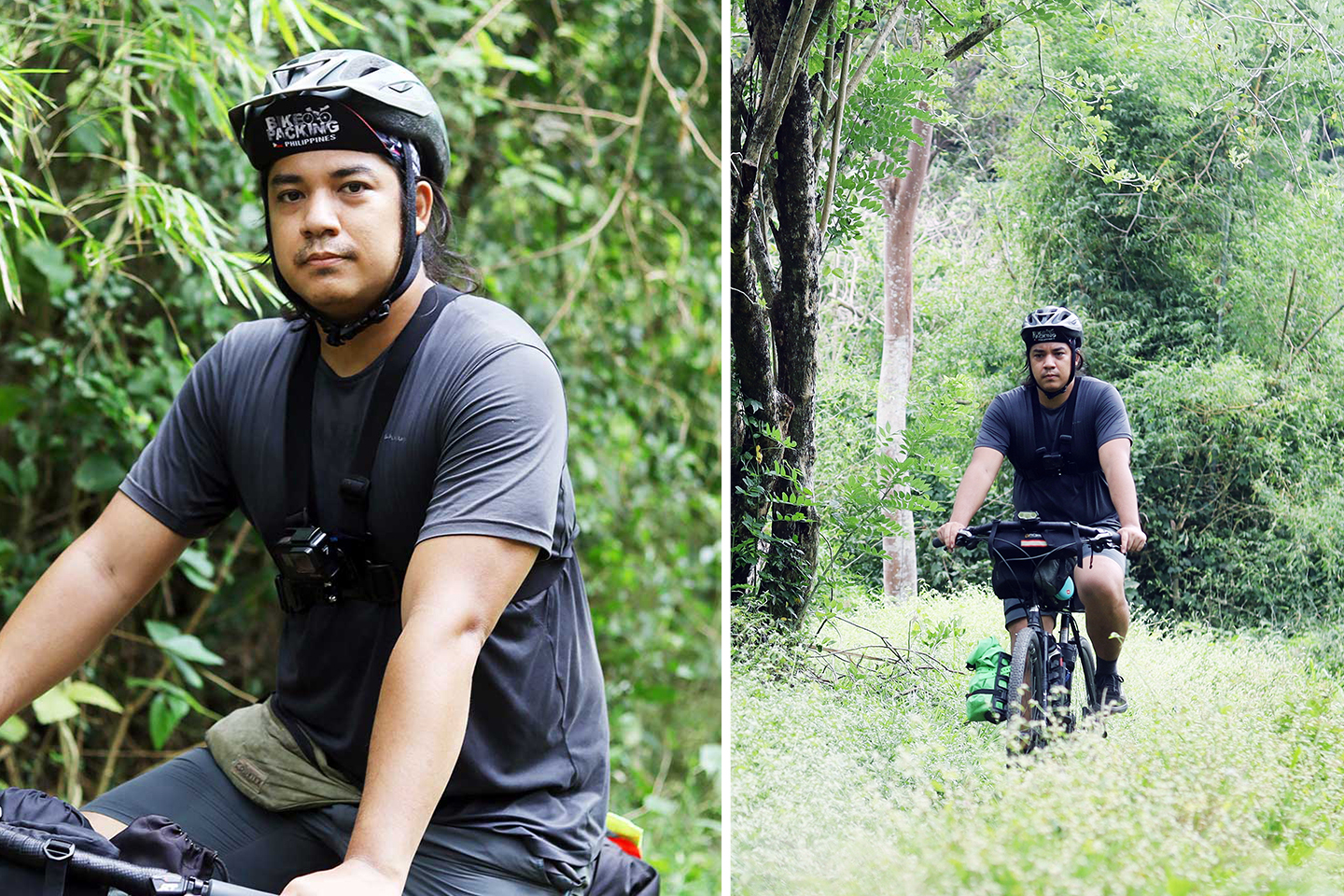 After setting up his equipment, Oscar immediately poured a scoop of beans into his coffee grinder. We were resting somewhere in Rizal after an almost 40-kilometer bike trip from Pasig. As he made cups of Americano for us, he kept on sharing things about the progress of bike lanes in Iloilo City.

Back in 2009, when Oscar got interested with bicycles, he never imagined that he’d be into adventure cycling and that it would later pave the way to him becoming a biking advocate.

(I used to have a restaurant in Iloilo and then one day, my neighbor brought a bike and he let me try it. I took it for a spin and realized that it can be used for exercise since I get knee problems when playing basketball.)

His first bike was a random cheap mountain bike which was eventually replaced by a Canondale that he called a “do-it-all” ride — he would use it for his commutes, exercise and in weekend trips to Guimaras.

When Oscar went to Metro Manila to work as a video director, he stopped cycling for a bit. He was living in a condominium unit in Taft, just steps away from Vito Cruz Station. Considering its location, it is convenient because the train is accessible and a major thoroughfare is just in front of his building.

(When I brought my bike here in Manila, I also started bike commuting. It’s practical because I don’t own a car. I used to live near the LRT and I can pretty much go around using the train but it doesn’t cover many places. It’s also expensive to take taxis and it’s such a hassle because they are picky with passengers.)

Bike commuting in Metro Manila was pretty hard compared with what he was doing in Iloilo. According to Oscar, the traffic is crazier in the capital: faster cars, there are buses and drivers are more aggressive.

He was just a solo rider who didn’t know any bikers in the metropolis nor was acquainted with any biking groups on social media. Oscar basically just winged everything through his experience cycling in Iloilo.

Then one day, after getting stressed out from work, Oscar decided to bike all the way from Taft to Iloilo, transporting him and his bicycle interisland via Roro and passing through provinces like Batangas, Mindoro, Aklan and Antique.

“Siguro I leveled up when I biked from Manila to Iloilo alone in 2011,” he recalled. “I wanted to put the negative vibes away so I did something crazy. At that time, Manila to Iloilo is crazy.”

And it really was insane. He went there with no GPS and only relied on a printed map. Unlike today where technology pretty much made bike touring easy, he didn’t have any laptop and his phone was very basic during that trip.

After roughly 600 kilometers and four days of cycling, this dude reached home safely with a few pounds lighter and with body pains. He said that he was pretty clueless on how to properly cycle long distances.

(That’s the start of my interest with adventures and not just day rides. That got me into researching to get better equipment because I just had a stock bike, no upgrades. Bikepacking Philippines Facebook group had a big influence on me. I saw it by chance when I was looking for a rear rack.)

Since Oscar likes taking pictures, he thought of creating his own social media page too. It was “Pinoy Bikepacker” where he chronicles his adventures bikepacking around different parts of the Philippines.

Oscar mentioned that the social aspect of cycling was fun too. He was able to meet more people and get to know cycling deeper. His page also became a gateway for him to make a Youtube channel with the same name.

The biking adventures usually happen during the weekends. On weekdays, this pinoy bikepacker uses his bicycle for errands and going around the city for work. From bicycles with bigger wheels, he eventually bought a folding bike after getting inspired from the posts of cycling advocate MNL Moves.

“It solves a lot of the bike commuting issues like security in parking. Having a folding bike is a hack. I’m used to riding the LRT, going to my condo, going to Pasig, anywhere. Bimodal,” he said.

Now, since most of his rides are around his neighborhood in Pasig because of Covid restrictions, most of his posts are about bike commuting and his advocacy for the welfare of cyclists. But his call for a safe cycling city is not only limited to where he lives or in Metro Manila, it extends to his followers all over the Philippines especially to his hometown in Iloilo.

Aside from Pinoy Bikepacker, Oscar now handles the cycling page and group “Iloilo – Bike Lanes are for Bicycles.” This is a community where Ilonggos share their bike experiences in the city, as well as issues like obstructions, uneven pavements and regulations.

The Facebook page became a channel between cyclists to air their grievances and for authorities to take notice. Oscar, while remotely administering the page from Pasig City, was able to connect people and help his kababayans have a safer cycling environment.

His concern for the Ilonggos was fueled when his sister started cycling during the beginning of the lockdowns. He wanted her safety and for the hospital where his sibling was working to have a decent bike parking.

(When ECQ started, my sister had to bike to work because she’s a nurse in Iloilo, no one will drive her. I started to ask around if they could install a bike rack in the hospital. It didn’t progress but it got me in the group that focused on advocacies in Iloilo.)

Currently, Oscar continues to advocate safe cycling, particularly in his cycling page Pinoy Bikepacker and in Iloilo – Bike Lanes are for Bicycles. Unfortunately, he still doesn’t want to do multi-day adventures because of travel restrictions and the alarming number of Covid cases.

However, a few months ago, he was able to visit his family in Iloilo. He brought his folding bike with him and he personally saw the great improvement of his city that he was just seeing on his computer screens.

(I recently went home and I was surprised to see the number of cyclists especially when the esplanades opened. It’s a lot. I’m happy because there are more people cycling. Every corner, when you look around, there’s a bicycle.)