Seeing these creative accessories abroad enticed us to own one. So it's awesome to know that cute bike reflectors are now accessible in the Philippines through small local stores that are mostly found on Instagram. 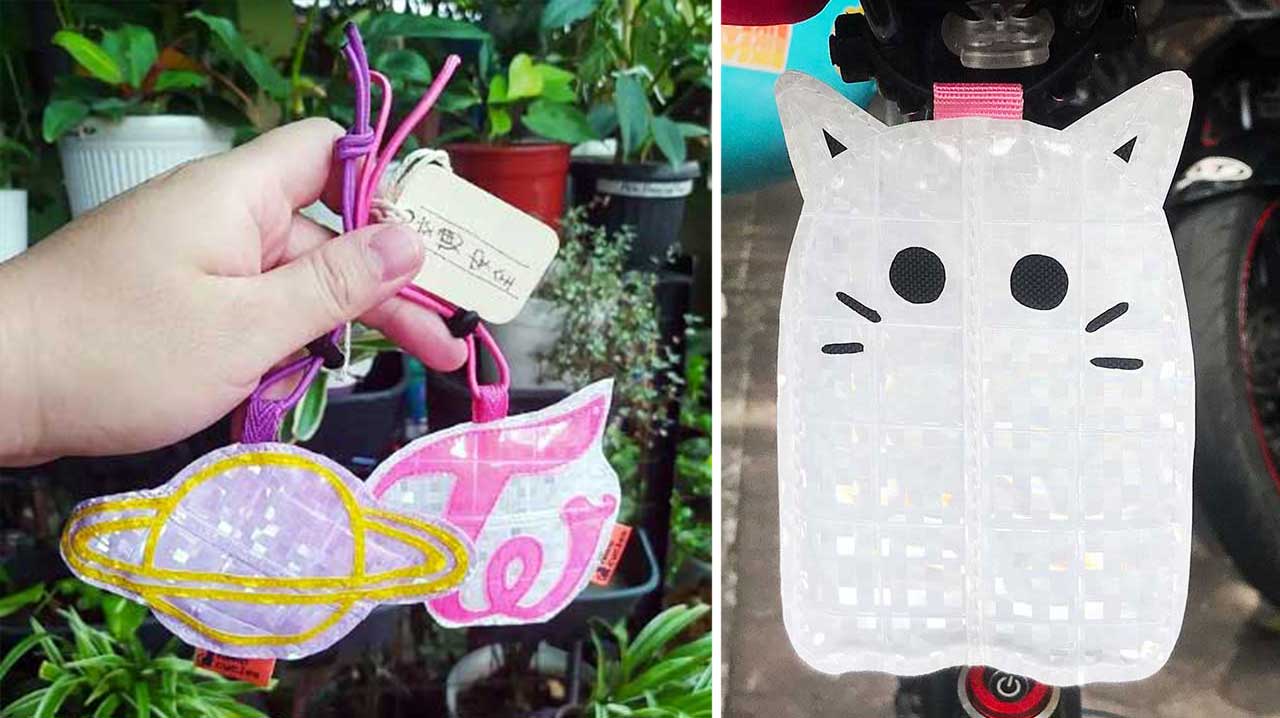 Bike reflectors are ideal accessories to attach in your ride as an added safety device — it makes you more visible on the road and alerts other road users of your presence. Aside from that, it can also give your bicycle a more interesting look.

These reflectors are commonly triangular in shape and are usually in light green, orange or yellow. But people get more creative now: hey, we’re in 2021. These are generally located at the rear part of the bicycle but other cyclists place this in front of their bikes. They’re cute and they make an awesome bling to one’s ride.

We’ve seen cool safety avocados, pizza and onigiris from shops abroad and they really entice us to get one. That’s why it’s awesome to see that creative bike reflectors are now accessible in the Philippines through small local stores that are mostly found on Instagram.

Here are some of the cute bike reflectors that we’ve seen from cyclists in Metro Manila.

It’s so huge, you’ll definitely not miss it. When we first saw this in Isai’s folding bike, we instantly thought that it’s an awesome accent that adds character to her already cute bicycle. The white cat was gifted to her by a friend and she bought it from Ride Pink.

Anton’s onigiri bike reflector partners perfectly on his green Surly Pack Rat. We’ve seen many people using this cute bike reflector and it is definitely one of our favorites to see on the roads of Metro Manila.

While the reflector captures our attention whenever we see it on someone’s saddle, it makes us want to go to a convenient store and grab an onigiri! Anton got this from A Snail’s Pace. This shop has an egg design too!

Aga Olympia’s hotdog in a bun

Here’s another food bike reflector that makes us hungry! We saw it on Aga’s green Panasonic bike and it really makes a good addition. This biker told us that he got it from Makati-based café Kohi. So if you’re planning to buy one, it might be awesome to grab the cafe’s real food and coffee as well.

The planet-designed bike accessory reflects Jay-EM Estrella’s bike Instagram page “Jay the Space Racer.” It’s so lovely that it partners well with his other reflector, the Twice emblem. He’s obviously a Once and you know, these people definitely have a knack for using cute stuff! You see, any Twice merch is always cute.

If you’re not yet familiar with Twice — one of the greatest and most awesome girl groups in K-Pop — the fans of this nine-member female band are called “Once.” Jay got his bike reflectors from Neko Cycles.

Do you have any cute bike reflectors? Show it to us tag us on Instagram: instagram.com/firstbikeride