King Puentespina on cycling, music and his new environment

“It was super interesting that there’s a connection between the residency and biking because now, I get to actually see La Union for what it is.” 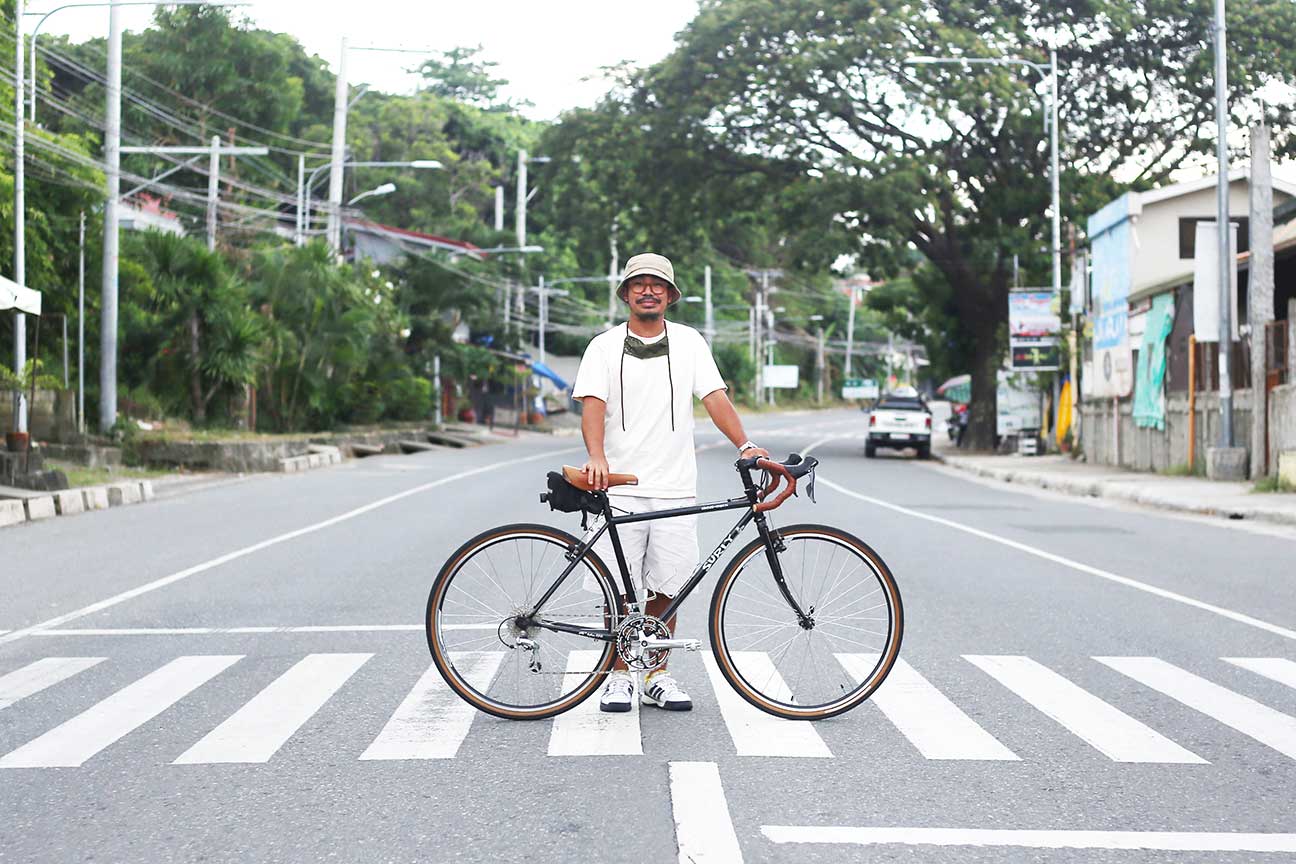 King Puentespina was enjoying his late lunch, taking a break from a new song that he’s producing. We were with him inside a food court that’s just a few steps away from the ocean. That afternoon was captivating: the smell of the sea and fresh air seemed to entice us, as if telling us that we should stay a little longer in this cozy town.

This music producer recently moved to surf town San Juan in La Union and set up his own studio after being charmed by the vibes of the province during an artist-in-residence program here in February. King told us that it’s easier making art here compared to when he was living in Quezon City during the earlier months of the pandemic.

“I was part of an artist-in-residence program where they invited me to come up, make art with music and interact with other artists. I was supposed to be here for only a certain amount of time and I just ended up staying,” he told First Bike Ride. “It’s a drastic change. There’s a big jump from 2020 — at least mentally, physically, everything. Last year, it was really difficult for me to have any creative output.”

King, also known as crwn in the music industry, is a producer recognized for his incredible indie electronic beats and collaborations with artists Jesse Connelly, August Wahh and Nadine Lustre, among others. He’s also the drummer of the band She’s Only Sixteen.

Earlier that day, we had a quick morning bike ride with King around San Juan and San Gabriel towns. The route was a familiar scene for him, he’s probably passed here a couple of times already, but he still enjoyed every bit of the landscape. He sent us alerts whenever we’re approaching scenic spots and gave us warnings for incoming slopes.

Aside from making music in Bavarian Studio, the name of his recent workspace in surf town, one might see King biking around the area. It was his first bike ride in La Union — using a gravel bicycle that he borrowed from his bandmate’s girlfriend — that made him realize that he wanted to rekindle his interest with the two-wheeled vehicle.

And in a short period of time after that bicycle trip, he bought his own gravel bike, a black Surly Cross-Check.

“I fell in love instantly after that ride. We were biking in San Gabriel and there was a spark,” he said. “I also rode a gravel bike for the first time and it felt like I entered a blackhole.”

Before the community quarantine, King would usually exercise with his Canondale mountain bike around his neighborhood in Pasig’s Kapitolyo. He said that he was afraid of going outside his area because of the crazy city traffic. Perhaps the farthest that he’d go was in Ultra, which is less than a kilometer from his place.

When the lockdown started, he resided with his family in Quezon City and was practically stuck at home for months. He told us that cycling was the first outdoor activity he enjoyed during quarantine, all thanks to his friend Deej Fabian from DCG Cycling who invited him for a city ride.

“I just wanted to go out when the first General Community Quarantine started. Deej invited me to go on a bike ride with him because he knew I had a bicycle. I think we biked in Makati,” King recalled. “It was around June and there were no cars so I was having the ride of my life. It was super easy.”

Eventually, more motorized vehicles returned on the roads and this musician admitted that he was quite discouraged to go out and cycle. However, he would still join his friends for fun rides in Sumulong. It was only when his peers started to slowly get gravel bikes — and him having a hard time finding a specific bicycle that he liked — that made him take a hiatus on cycling.

Now that he’s in La Union and he’s back on the saddle, King told us that a bicycle is the most useful tool that he has at the moment. He uses the bike for fitness, for his commutes and for getting inspiration for his creative work.

The artist-in-residence program that King participated in February is called “Emerging Islands.” It’s a retreat for artists who had various backgrounds like visual arts, music and photography, among others. According to King, it focused on the communities that make up La Union where the participants had to do immersions.

“I’m exploring La Union that not everyone sees because the residency also involved the communities. We have to see this place not just as a surf town, how these things are connected to each other, the community that is here before us,” he said. “It was super interesting that there’s a connection between the residency and biking because now, I get to actually see La Union for what it is.”

The producer added that cycling gives him a better perspective of his surroundings whenever he’s traveling unlike when he’s confined inside the metal sheets of a motorized vehicle. He also noted that he gets to access more places on a bike than on a car.

True enough, King told us that he has incoming works that are inspired by cycling in La Union. He said that there was a time when he started a little project with his filmmaker friend Simon Te where the musician and the director gathered sounds and images, respectively, during a bike ride.

We asked King how cycling connects to his creative persona. He said, “It supplements. They’re intertwined because I get to hear everything, it’s so easy to pick up sounds.”

He’s staying in La Union and his current goal is to make Bavarian Studios self-sustaining — something that would still operate even if he and his bandmates are not around in the province, King said.

For cycling, he wants to do bikepacking in the future. He plans a trip around Luzon and maybe in Japan or Italy.