Cycling in La Union: a weekend of fun and beautiful bike rides

I thought that staying in La Union for four days was enough but it wasn’t. The province has many rich stories to tell and destinations to visit, especially on a bike. 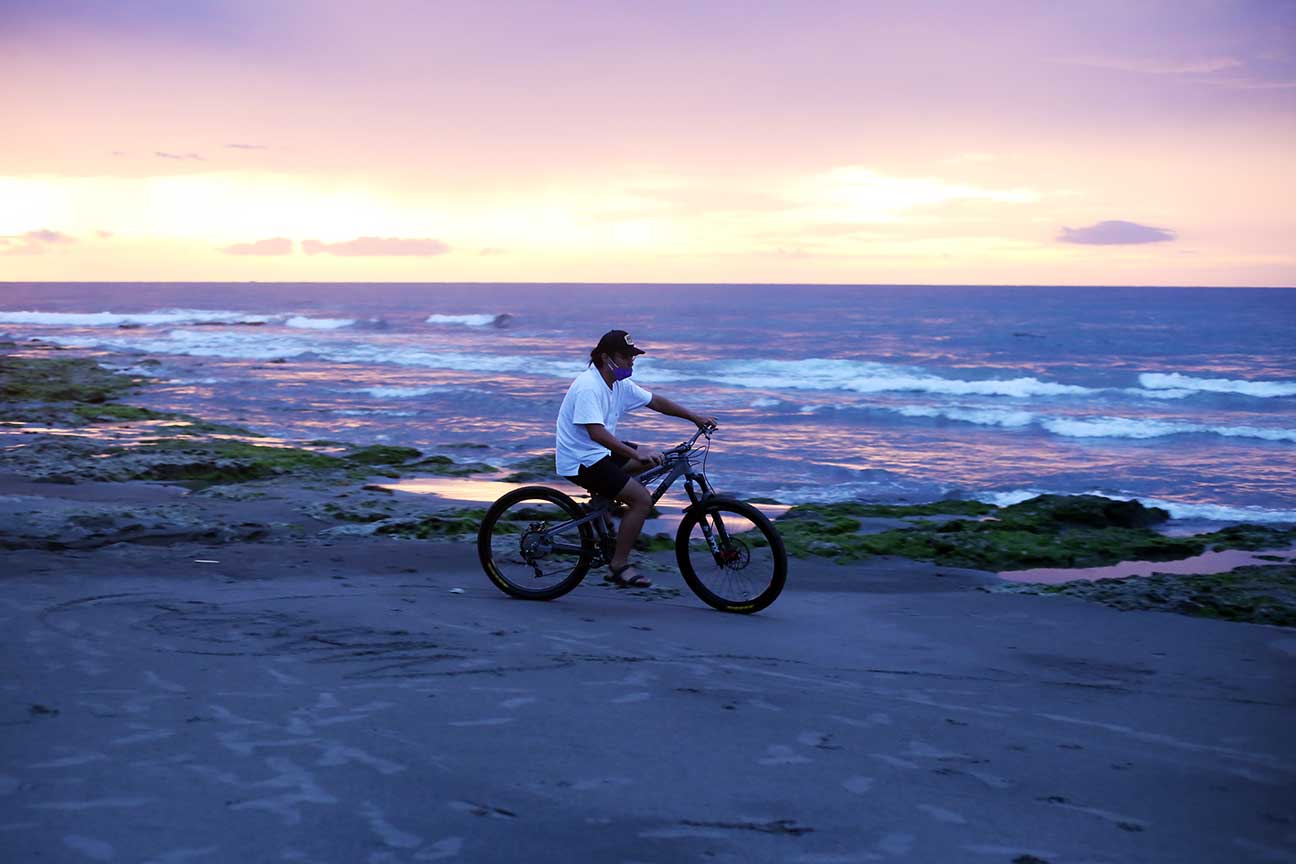 When we arrived at San Juan, La Union on a hot Friday afternoon, the first thing I thought was “oh, this should be a nice weekend for surfing.” But then I instantly realized, as soon as I saw the three Knobby Knobby bicycles in front of me, that we’re not here for the waves — we’ll be cycling all throughout our four-day trip.

Kiddo Cosio was all smiles as he welcomed us the moment we stepped out of our cars. Well, there was a sense of excitement too from him upon seeing his Knobby Knobby that was built by Marlowe Apeles, the bike builder who handles @budolbuddyph on Instagram.

We went all the way to this province, initially, to help Marlowe deliver the bike to Kiddo. Budol Buddy asked me and Marti Salva if we’d be interested to accompany him and suggested that the trip would make a good episode for First Bike Ride’s Super Ultra Panks — well, even without the invite, we’d volunteer ourselves to just go and experience fun cycling in La Union.

A few months ago, in one of Super Ultra Panks’ videos, biker Chito Villaluna sparked our interest in going up to San Juan with his stories. Plus, we kept on seeing delightful content from Trasienne Estrada and Roberto Seña about their respective La Union bike adventures.

Interestingly, that Friday was International Coffee Day and Kiddo, the owner of cafe El Union, offered welcome drinks to our group. I had its dirty horchata, which is perfect after that long drive and definitely a suitable complement to this surf town’s vibe.

Just moments after finishing my glass, the group decided to test the Knobby Knobby with a quick afternoon spin around San Juan. Despite the lack of sleep — I’m that person who needs eight hours of rest — and the tiring expressway ride, it’s just too hard to pass on this enticing first bike ride.

Cycling around surf town was so refreshing. After always biking around busy Metro Manila for more than a year, it felt weird to freely bike on a highway without the fear of getting hit by a vehicle. There were no bike lanes but the shoulders of the roads were practically allocated for pedestrians and active transport users. If there were obstructions, the cyclists could easily just switch to the “main lane” because there were less cars and drivers were generally respectful.

That afternoon, Kiddo and his friends brought us to an awesome farm where it felt like we’re kids again biking around grassy hills, crossing locked wired gates and goofing around. We ended the day with a well-deserved dip at the beach highlighted by a gorgeous sunset.

An early call time was set on our second day. We all gathered at El Union for our morning coffee and then biked with half of the crew from yesterday’s ride. This time, we’re also joined by entrepreneur Kha Santia. We did a 30-kilometer loop around San Juan and San Gabriel, covering the quieter side of the province and giving us a glimpse of rural life.

“There’s no smog here, basically no stopping behind a vehicle that exhausts smoke,” the message I told my friends in Manila. “I never felt sticky and uncomfortable because there are lots of trees. It’s literally cool even if you’re still on the road at 10.”

The ride was smooth with a few inclines — the landscapes that we saw are so charming that I had to stop to take a couple of snaps. What I saw was something new and different, probably because I’m used to the craziness of urban cycling.

But on our third day, we faced a challenging ride at San Gabriel’s Lipay.

Fitness coach Flip Corpus invited us for a bike ride, with a fair warning that it’s not going to be easy. And true enough, it was definitely the most challenging ride of my life. To be honest, the uphill was strenuous but I had harder climbs in Baguio and Quezon Province.

It was the downhill that was the most difficult and I basically walked halfway down because the path was so steep. I had pretty funny crashes and wall encounters on that ride.

Nevertheless, regardless of the minor accidents and tiring pushing of bicycles, that trip to Lipay was incredibly good and unforgettable. Flip, who was considerate enough to wait for the slow members of the group, can host difficult but memorable rides — with fitness tips and lessons as bonus.

On our last day, we requested a last morning ride before we head back home. Kha, who was very generous and accommodating, led our group. She wanted to show us the mesmerizing Luna and took us for a delicious lomi breakfast at Kitcha’s. We had a short stopover for a morning beach swim in what Marlowe calls “Bondi” of La Union and a delectable buko halo-halo at Bacnotan before returning to San Juan.

This supposedly recovery ride, which is mostly flats, totaled 50 kilometers. I personally don’t mind the distance because the route where Kha took us was really scenic and pleasing: the man-made forest in Luna, fishing villages, the seascape, fresh air and the smell of the countryside.

I thought that staying in La Union for four days was enough but it wasn’t. The province has many rich stories to tell and destinations to visit, especially on a bike. It was quite intriguing to learn that the place that I initially thought was only meant for surfing had so much to offer to tourists.

There are so many bicycles in this province. While cycling has been used by many locals for transport, with numerous bicycle shops present in different municipalities, some residents told us that the pandemic has seen more, especially when public transport was halted.

Back in 2013, when I used to visit La Union every weekend to learn surfing, there was not much stuff going on around San Juan. If I remember it correctly, there are only a handful of accommodations and a few restaurants in surf town. My friends and I would just surf all day and cap our nights off by simply drinking alcohol with local surfers and a few friends.

Now, La Union is filled with more energy. Among the new establishments in the area, I particularly like The Great Northwest, a food park in San Juan where we usually have our meals. Bicycles can be parked without locks and they’ll be safe, with everyone assuring us that no bike will be stolen.

The food park has El Union, our favorite coffee shop in San Juan. I also enjoyed eating at Bah Bah’s Kouzina, Sabong and Scallywag R&D Club. Outside The Great Northwest, I certainly like Flotsam and Jetsam, cafe Masa and Melody’s Liempo.

It’s quite surprising, and a little bit sad, to see less people surfing on the beach — perhaps it is because there are no surf lessons, less tourists are coming to La Union and travel restrictions are changing. However, people say that the situation is getting better compared to the previous months.

I wish that visitors would come and make this travel destination more lively. Hopefully, they’d stay longer too, not just bringing their surf boards with them but also their bicycles.

Our trip was definitely short and I’m pretty sure that even a week is not long enough to cover all the best biking spots in La Union. We heard that they’re developing more and better tracks for downhill cycling too! For sure, I’ll come back and next time, I hope I get to bike and surf too!

This is a personal piece by Lester Babiera, the dude behind First Bike Ride. If you wish to write essays and stories about cycling for First Bike Ride, kindly message your pitch at hello@firstbikeride.com.