The architect who bikes to work: ‘This is my advocacy’

When he was still a student and now as a practicing architect, Juancho learned that the best way to save our cities from deterioration is by cycling, that we should promote active mobility. 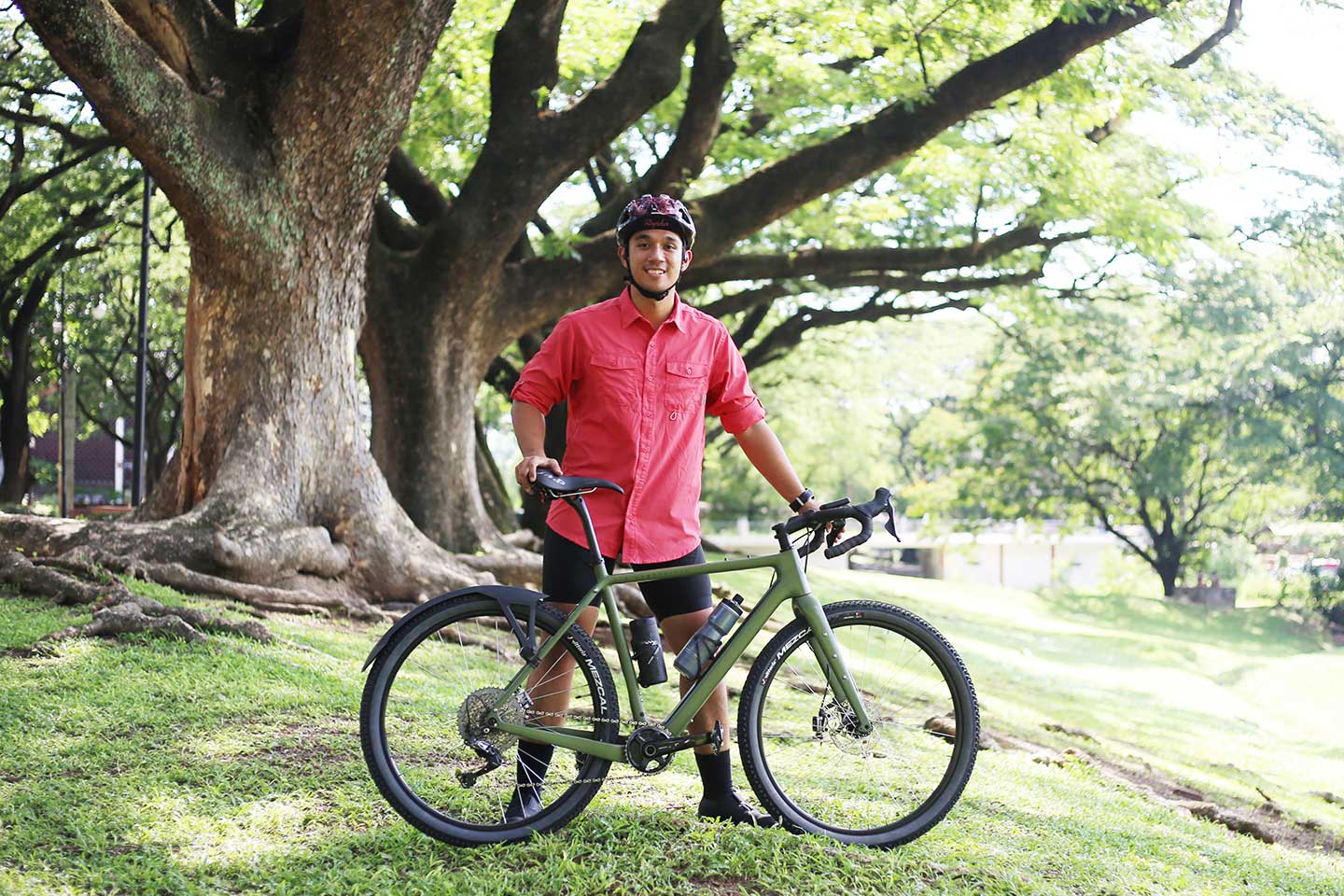 Back in 2016, when he was still starting as an architect, Juancho Agoncillo found it difficult to balance his finances because he only earned minimum wage. This guy needed to wisely use his salary to fit with his lifestyle — he paid for gasoline, food, gym fees and hangout expenses with his girlfriend and barkada.

“I became a bike commuter in 2017. Hindi pa uso ang bike, wala pang bike lanes. I would just bike around. Ginagawa ko lang siya as a means to get from point A to point B,” Juancho said. “But honestly, noon pa lang napansin ko na I would save so much money, I have so much more time kasi walang traffic.”

Juancho decided to cut out driving to work from his lifestyle after realizing that cycling is possible. It was all thanks to his girlfriend Riri who started biking to her office — Juancho was inspired to do the same and used the old steel bike that’s been in their house for a long time.

That time during his first bike rides, the total distance from Juancho’s place to his office was only 9 kilometers. It was something manageable, he recalled, but things became challenging when he transferred to a different workplace and added three more kilometers to his commute. It was also a bigger (with a more formal) work community and the biggest concern he had was sweat and dirt.

“Ang naging issue ko when I was biking to work ay ‘yung liguan. Thankfully, I was a member of the gym Anytime Fitness. Doon ako naliligo then konting lakad or bike na lang, andoon na ako sa office,” he said. “Pre-pandemic sobrang iba from now because cycling back then was something I needed to do to get to work. Hindi siya respected by motorists. Wala siyang provision on the road. But I was so proud to be a cyclist back then.”

Now, Juancho earns more compared to the salary he got from his first job but he still continues to cycle to work. According to Juancho, as time went by, cycling became his advocacy.

There was a drastic change to Philippine cycling because of the pandemic. There are more bike lanes now and Filipinos have become more aware of bicycles on the road. Moreover, the number of cyclists in the country drastically grew.

From cycling solo before the community quarantine, Juancho found himself biking with more friends — and even strangers! This cyclist realized that from his initial thoughts of biking as something essential in reaching point A to point B, it has now turned into a fun social activity.

Together with his friend Lance, Juancho founded the cycling duo “Everyday Cyclist PH” where they aim to encourage more people to bike through community rides. They mainly invite newbies to their events and teach them the basics of cycling, though everyone is welcomed to join in their adventures.

From cycling solo, to biking with friends, it’s pretty unimaginable before that that he’s now cycling with big groups. There was a time when Everyday Cyclist PH organized a community ride that reached more than 50 participants.

“Cycling became fun when I had a group but now it means more. It became an advocacy for me, to spread the love for cycling, to others I could reach and affect,” he said. “Cycling has a more sustainable way of going around, a healthy and fun way. It’s an advocacy at this point. I would keep telling everyone that cycling is the only hope for the Philippines’ traffic system. It’s the only way to save Manila from carmageddon.”

When he was still a student and now as a practicing architect, Juancho learned that the best way to save our cities from deterioration is by cycling, that we should promote active mobility. He noted that mass transit and other forms of public transport are also necessary.

“Obviously, we need more secure and safe bike lanes. We need better infrastructure. Pero more than anything, ang pinaka-important that we need to develop as a people is the mutual respect on the street,” he said. “Kahit gaano kaganda ang bike lanes mo, kung walang pake ang motorista, wala eh. We need to understand that the road is there for people to get from one place to another and we need to establish mutual respect for all road users.”

In 2017 when he was still starting as a cyclist, Juancho recalled the many problems that he had to deal with: his saddle was too old and it didn’t have cushion, the disrespectful motorcycle riders, the long distance, the sweat, the heat and the bad roads, among others.

Now we asked him about his struggles five years from his first bike ride.

“All the struggles I went through before hindi ko na siya naiisip or napapansin. Struggle ko na lang ngayon is how to be satisfied with my bike kasi ang daming upgrades. Upgrades never end,” he quipped.