I’ve been pampered, I should say, and I’ve been genuinely enjoying it. The best thing about the Fiido D4S from Popcycle Ebike Center is that it is an eco-friendly vehicle that brings convenience and speed. 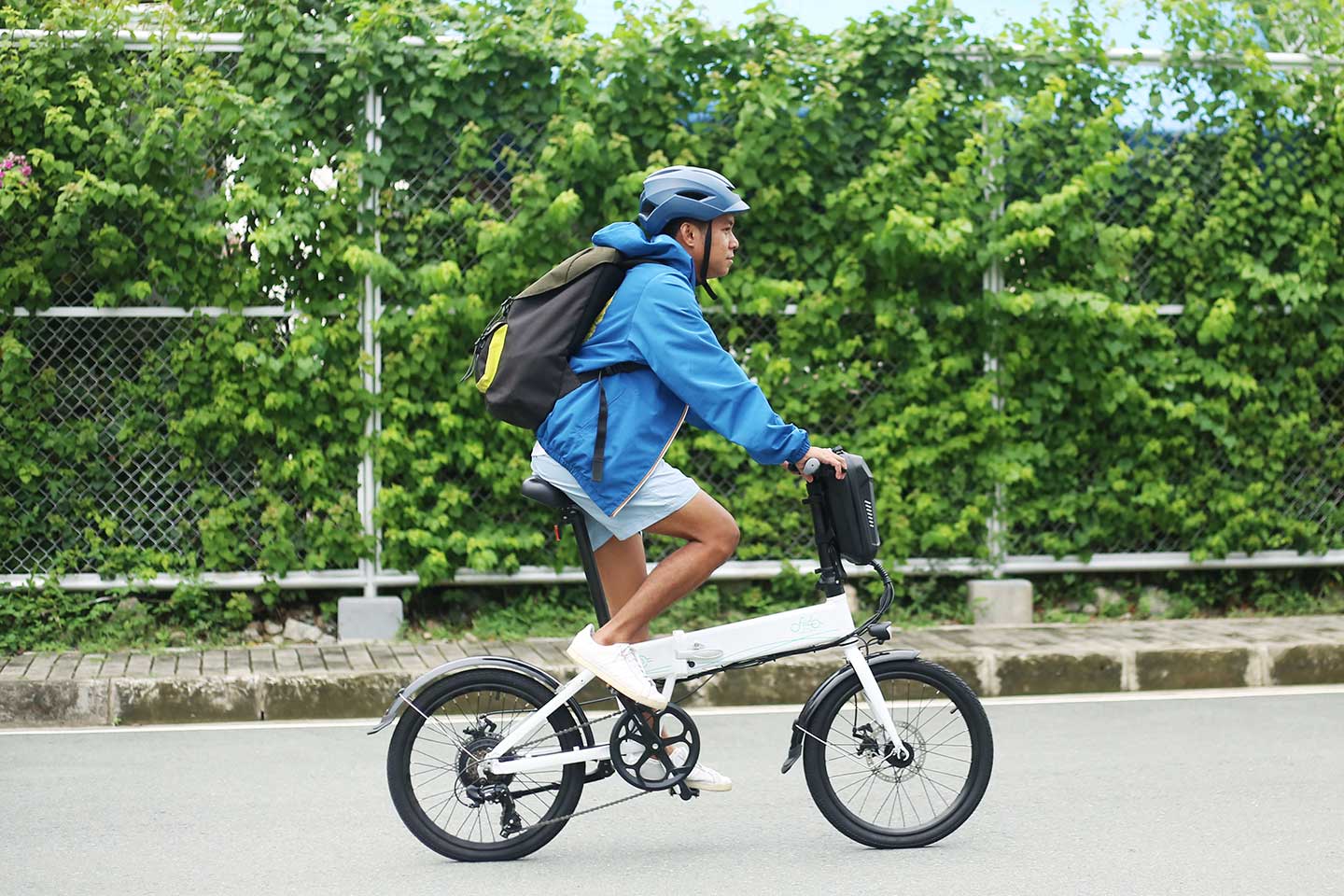 It’s been a month since I started using the Fiido D4S from Popcycle Ebike Center and I should say that it’s been very convenient and efficient. Here’s a First Bike Ride review after four weeks of using this electric bicycle around Metro Manila.

My first bike ride with the Fiido D4S was promising: I managed to travel Manila to Pasay with the least effort. The impression was pretty good that it got me interested in putting in more miles on this bicycle around cities. It’s perfect for commuting because it’s compact, foldable and manageable with a pedal assist feature that’s fast enough for my convenience. There’s also a built-in light that’s handy for night rides.

Its throttle, the e-bike’s mode that activates the bicycle forward without pedaling, is probably one of my favorite components of the Fiido D4S. It accelerates the user up to 35kph — you’re like a motorcycle but there’s a safety speed cap and the vehicle doesn’t emit gas. Whenever I don’t feel like working up my legs, I use the automatic mode.

The throttle option that this e-bike gives me, without the guilt of harming the environment, is very much welcomed. Going on auto mode also provides a significant advantage in terms of overtaking other vehicles and in getting a faster uphill climb.

But I don’t always go automatic. You see, there are days when my body needs exercise and that’s when I do manual pedaling. These are the options that are available in this e-bike.

Aside from exerting less effort and having a faster bike ride, the Fiido D4S also gave me confidence in carrying gadgets like a laptop or a bigger camera. Since my body doesn’t move much on an e-bike compared to when I’m on a traditional bicycle, I feel like my electronics are more secured inside my backpack.

The rain hasn’t been a problem too, something that concerns other people since the bicycle runs on electricity. The Fiido D4S is built to withstand heavy rains as long as its battery, located at the frame’s underbone, will not be submerged in water.

The life of its battery is pretty long too — I’ve never experienced running out of power during my city rides which is usually around 40 kilometers a day. Charging doesn’t take long too: it takes me two to three hours to replenish half of the batt’s life.

Since the Fiido D4S is foldable and light, I can easily transport it via a car or bring it inside public transportation whenever unfortunate situations arise like getting a flat or running out of battery during an exhausting day. So far, my rides have been smooth and I haven’t experienced any problems.

A traditional bicycle can be more suitable in particular rides like finishing a century ride or traversing rougher terrains. Of course, it’s going to be more difficult using this e-bike on these adventures. But for me, the Fiido D4S is the easiest choice of vehicle for commuting.

I’ve been pampered, I should say, and I’ve been genuinely enjoying it. The best thing about this e-bike, among many others, is that it is an eco-friendly vehicle that brings convenience and speed.

It’s worth your money. This e-bike surprisingly doesn’t cost much considering all the features that it has. For more details, contact Popcycle Ebike Center or visit them at their stores in Quezon City and Taguig.