While other cities in the metropolis are removing bike lanes like Pasig City and San Juan, BGC continues to keep people on bicycles safe. 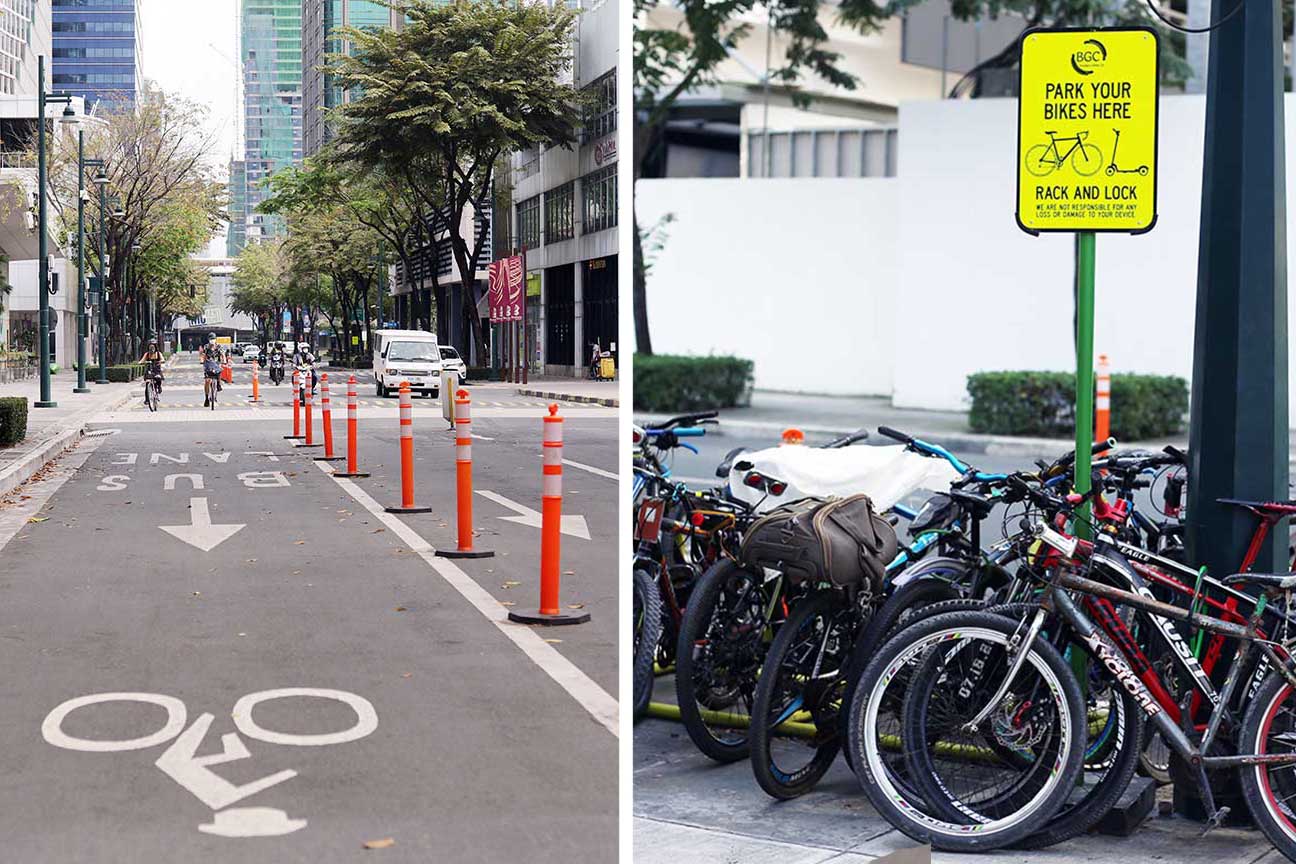 Bonifacio Global City (BGC) in Taguig continues to see more people riding their bicycles, stating that the numbers increased by 1,200 percent. From around 500 bikers per day in mid-2020, they now count more than 6,000.

“Since early last year at the start of the pandemic, Fort Bonifacio Development Corporation has been very busy in developing facilities to promote cycling in BGC,” Chief Operating Officer of Bonifacio Global City Jay Teodoro said during the launch of Allianz PNB’s Bikeyard last December 1.

He added, “Since we launched all of these projects, the number of bikers have grown to about 1,200 percent. From an average of 500 bikers per day, we now have more than 6,000 per day in BGC.”

Bike infrastructure and the feeling of security definitely attract people to cycle. As someone who bikes around Metro Manila, we can attest that we feel safe biking in BGC — the size of its protected bike lanes is the same size of one car lane, there are numerous U-shaped bike racks and there are pavement markings specifically designed for cyclists.

According to Teodoro, they started by building dedicated bike lanes in June 2020. From there, they managed to improve bike-friendly facilities such as adding more bike racks in strategic and secured areas and bike repair stands.

They also have a bike-sharing scheme that’s app-based. More hangout places and accommodating outdoor spaces are installed around.

“That’s a tremendous increase (of bikers). That’s very important because we believe that cycling could address the last mile of connectivity here in BGC,” Teodoro said.

There are bike-friendly establishments in the area too like cafes that cater to cycling enthusiasts, establishments that have bike parking, restaurants that allow cyclists to bring their bikes beside their tables while dining outdoors.

Communities thrive here too. If you go around, you’ll see many groups hanging out in different spots of BGC —interestingly, a bike Instagram account was created that was inspired from one of the bike racks in the area.

While other cities in the metropolis are removing bike lanes like Pasig City and San Juan, BGC continues to keep people on bicycles safe. It continues to prioritize active transport and does not give in to the pressure made by space-hogging private vehicles.

But of course, like many other places, BGC can still improve. Many cyclists tell us that police cars make the bike lane along 7th avenue as a parking area. Bike racks get easily full too. One time, we saw employees who bike to work having a hard time finding a decent spot in a bike parking area because everything’s occupied.