What are the kinds of harassment that female bikers experience on the road? Catcalling, receiving sexist remarks, unsolicited comments (especially towards their body), and assault. 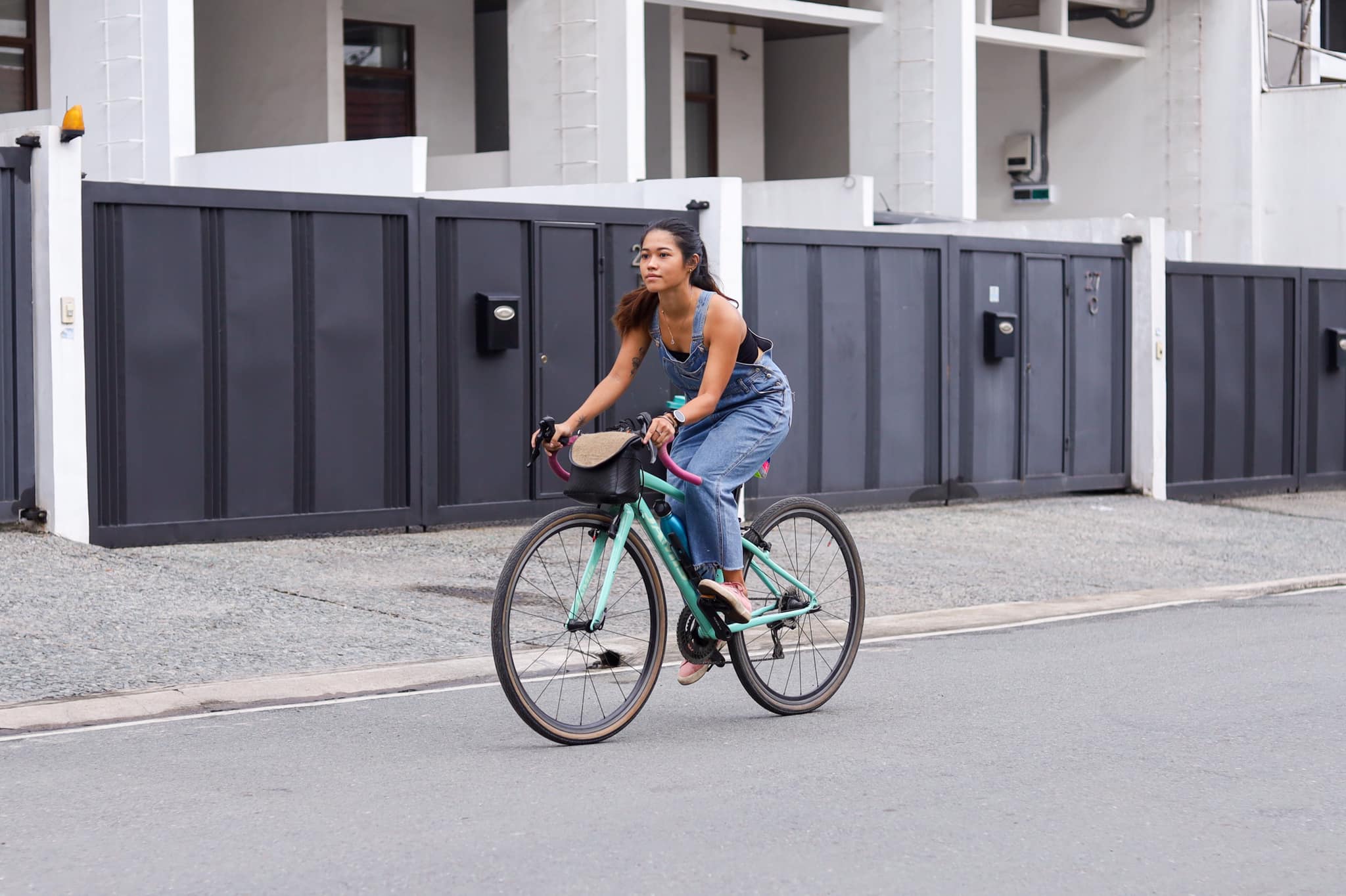 It’s harder to ride a bike in the Philippines when you’re a woman. You get harassed on the road. You get catcalled. You get ogled by pedestrians, motorists, and even fellow cyclists.

The problem is real and it’s happening to many female cyclists. This violence against women has to stop.

What are the kinds of harassment that female bikers experience on the road? Catcalling, receiving sexist remarks, unsolicited comments (especially towards their body), and assault. Other road users would also honk at women — in an angry or uncomfortable way.

Harassment while cycling is not something new to graphic designer Ivy Pangilinan. In a recent Facebook post, she said that there were two separate events in a span of one week where men on motorbikes tried to intercept her, throwing condescending and mocking words at her.

“This isn’t the first time it happened to me and I’m sure, if you saw from the comments, it’s really a universal thing to experience especially for women,” she told First Bike Ride.

We’ve come across similar posts online, and some of our followers recount other forms of harassment that they’ve experienced on the streets. It’s alarming. Men, who are usual perpetrators of these abuses, should know that it needs to stop.

What should we do to stop this?

Well, it’s obvious. People should be made aware when their actions constitute harassment and abuse. It’s pretty basic: Harassment is disgusting and inherently evil. Perpetrators need to stop the abuse, and those who witness harassment must voice out.

“Bringing awareness to this issue would be a huge help,” Ivy told us. “The majority still don’t have access to conversations like this so bringing this out in the public on a more mass scale would really help.”

We agree. Educating more people and conversations about issues like this would keep our roads safe for everyone.

After all, we share our roads and try to make it through unforgiving weather, tattered public infrastructure, and debilitating traffic regardless of gender. The rule of thumb is, when you don’t have anything good or urgent to say to other bikers, it’s better to mind your own business.

“I love riding my bike the same way that I love traveling by myself, the same way that I love walking out on the streets by myself,” Ivy said. “Yes, it is harder for me than a man to do these things but I choose not to live in fear. I accept, sadly, that it’s harder for me and I need to take more precautions but I can’t not do it because I love it and it makes me happy.”

Ivy admitted that it’s difficult to make recommendations on what women should do if they’re faced with an abuser. People’s comfort levels differ — and, as human beings, much of our reaction towards abuse and harassment depends on our ability to define what we’re confident enough to do.

However, she said that there’s no harm in recommending bikers to take extra precaution. Her number one tip? Be very alert; heighten your senses. Other suggestions include letting people you trust know where you are and having confidence on the road.

“I feel like I’m making it sound so bad. It’s not all bad. It’s actually so fun to ride a bike in Metro Manila. That’s why I do it,” she noted. “I love it because I can get to anywhere so easily as far as bypassing traffic and it’s fun as I get to explore new routes.”

“At the same time, you can get catcalled, you can get bullied, harassed. But for me, my love for biking overpowers that,” she added. “And if I get harassed, it’s not cool. I’m going to speak up about it. I may lay low for a bit but that’s not gonna stop me from going out on my bike.”

One of the things that Ivy loves is whenever she sees other women bikers on the streets. She feels like there’s now a sense of community among female Filipino cyclists. She recommends the online bike pages Tropang Women Bikers and Pinay Bike Commuter to newbie female cyclists who’d like to seek help and guidance for their cycling activities.

It sucks that female riders, and anyone in general, need to adjust to unreasonable and outdated norms brought about by a largely patriarchal society. It sucks that there are sectors in our society that need to take extra effort to enjoy the things that they should be enjoying normally like other people.

Tomorrow is the last day of the #ShareTheRoadWithHer campaign, where cyclists spread awareness about Violence Against Women. First Bike Ride’s support for causes like this does not and will not end tomorrow. We promise to be allies of women and other marginalized sectors to make roads better for them, for everyone.