In just four hours, this group recorded 38,932 cyclists in the metro 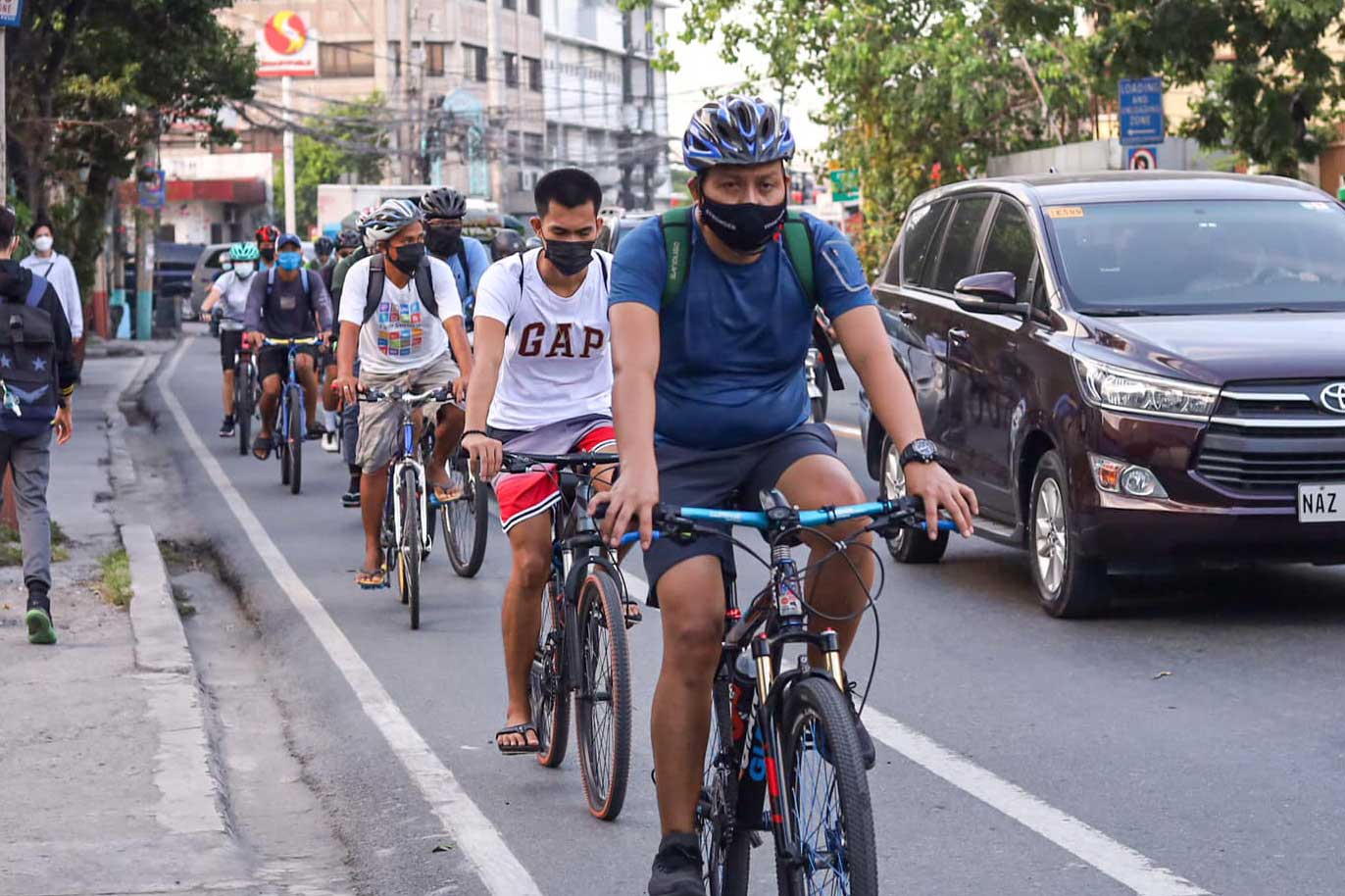 A total of 38,932 cyclists were recorded in a bike count conducted by Metro Manila Counts (MMC) Project last June 8. They tallied the bikers in four cities of the metropolis — Pasig, San Juan, Marikina and Quezon City — during the peak hours 6 to 8 am and 4 to 6pm.

The MMC is a citizen-led bike and pedestrian count project which was participated in by 168 volunteers. Aside from cyclists, they managed to record 12,787 persons on foot and 1,658 non-motorized road users.

Why do these numbers matter?

According to cycling community MNL Moves founder and urban planner Aldrin Pelicano, data is an important merit in implementing policies and in creating infrastructure in the city.

“When they count, when they get the numbers of people cycling, they can easily justify further investment,” he said during the show “Stories for a Better Normal: Pandemic and Climate Pathways” yesterday.

He added, “And ito ang objective ng MMC, to spark conversation and to push for policy, infrastructure improvements.”

Pelicano, who was part of the organizing team of MMC, however noted that there was an undercounting in last June’s data. He said that the numbers were only limited to the capacities of the volunteers. It should also be considered that these figures only came from 32 locations of the combined four different Metro Manila cities.

Nevertheless, 38,932 is still a massive amount of people on bicycles who deserve proper and safe bike infrastructure on our roads. Same goes with the 12,787 pedestrians and 1,658 non-motorized road users.

It can be recalled that a bike count was previously done in EDSA too. The Metro Manila Development Authority (MMDA) managed to tally 100,792 cyclists in June 2020 and 77,484 bikers in July last year. It should also be recognized that these were only done in 9 intersections, not counting those who biked on other parts of this avenue.

“Kaya ngayon, more than ever, MMDA, along with the help of the 17 LGUs (local government units), need to make counting a permanent part of their programming,” Pelicano said.

During the show, moderator Renato Redentor Constantino asked MMDA chief of staff Michael Salalima if he agrees with the notion that there seems to be a “bicycle revolution” that’s on the way and if our country is pointing towards a “better, more sustainable and gentle direction.”

“Kulang pa ang mga datos natin,” Salima replied. He then added that their basis currently lies on the data regarding bicycle importation which is around 1 million bikes in 2019 and 2 million in 2020, and this does not include the locally-produced bicycles.

We’re already spending more than a year in community quarantine and bicycles have been evidently present and abundant on the roads of Metro Manila. We’re already in the third quarter of 2021 and unfortunately, MMDA still doesn’t have enough data.

Salalima then partially admitted that there’s a bicycle revolution.

“I would say na there is a bike revolution in a sense. It is a challenge to buy bicycles right now,” he said. “We would really say, the pandemic has helped a lot tremendously in having or in contributing to this bicycle boom dito sa Kamaynilaan.”

You can watch the show “Stories for a Better Normal: Pandemic and Climate Pathways” here. It was hosted by House Deputy Speaker Loren Legarda and the Climate Change Commission.You can access the MMC data here. It was organized by Institute for Climate and Sustainable Cities, The Climate Reality Project Philippines, MNL Moves, 350.org Pilipinas and Pinay Bike Commuter Community.

Screenshot from the show “Stories for a Better Normal: Pandemic and Climate Pathways.”