She chose to donate this gravel bike instead of selling it

We find it nice and apt that the bike, which is now being given to a stranger, has a touch of a campaign organized by Metro Manila cyclists that communicates the value of sharing. 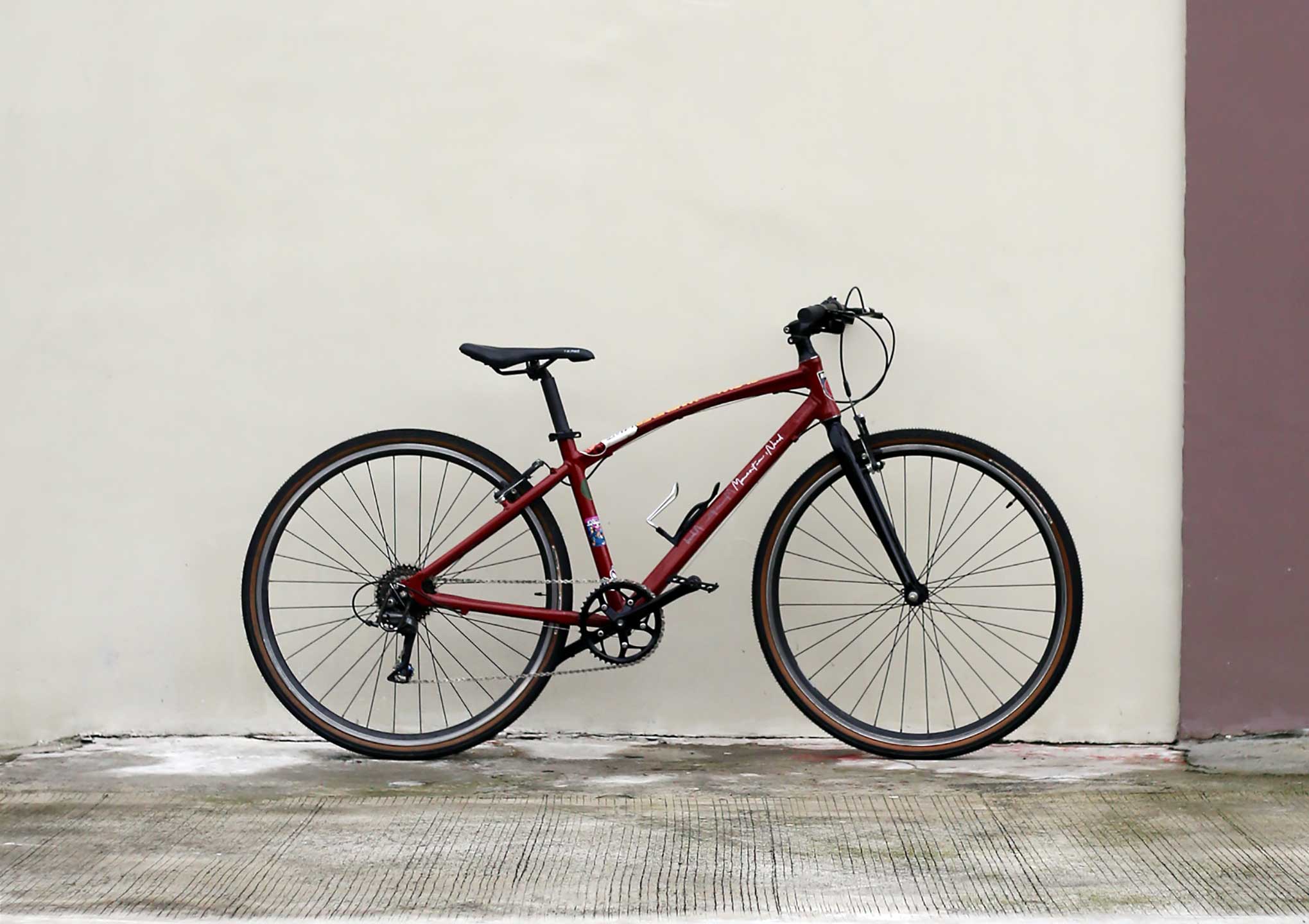 The donor initially thought of selling her hybrid gravel bike. However, she thought that it would be extra work to put it up out there on sale, so why not just donate it to someone in need who would actually use and take care of the bicycle.

So when First Bike Ride announced a few days ago that we’re opening a bicycle donation drive, this cyclist immediately sent us an email and expressed her interest in giving her Momentum.

She got the bicycle last December and really enjoyed riding it. However, the size is too big for her. After a few months, she managed to score a new one that fits right.

The bike has many fascinating stickers. There’s this speech bubble with a line from a Salbakuta song and a statement that reads “Ride slow, die whenever.” One of the stickers on the red bike says “share the city,” something that was probably attached by the owner.

We find it nice and apt that the bike, which is now being given to a stranger, has a touch of a campaign organized by Metro Manila cyclists that communicates the value of sharing.

There’s nothing wrong with this bike, to be honest, and we managed to test it on the roads of Manila for a kilometer ride.  It was pretty good — there’s just a couple of things to be fixed with the brakes and shifting but everything else works fine. The owner admitted that it has not been used for quite a while. Luckily, a mechanic volunteered to render his service for repairs.

This bike has been used on long rides too. It’s pretty sturdy and is perfect for Metro Manila roads.

As we cycle it back to our storage area, we imagine the future recipients being really happy when receiving the donated bicycles. The reason is not only because they get to have their own rides — it’s also because they will get to receive quality bikes.

First Bike Ride, together with Super Ultra Panks, is currently holding a bike donation drive where we give bicycles to deserving Filipinos nationwide. As we go around finding stories in the country, we meet people who we think deserve to be given a decent vehicle for mobility.

We are accepting monetary donations and used bicycles that are still in good condition.

Since we believe that bicycles give opportunities, we thought of re-opening our bicycle donation drive. Last February, we managed to hand out 20 bikes to the youths of the Aeta indigenous community in Pampanga.

As of this writing, people have been giving out pledges and donations. For more details on how you can donate, head on to www.firstbikeride.com/donate.