PH-made cargo bike from Quezon City is efficient and fast 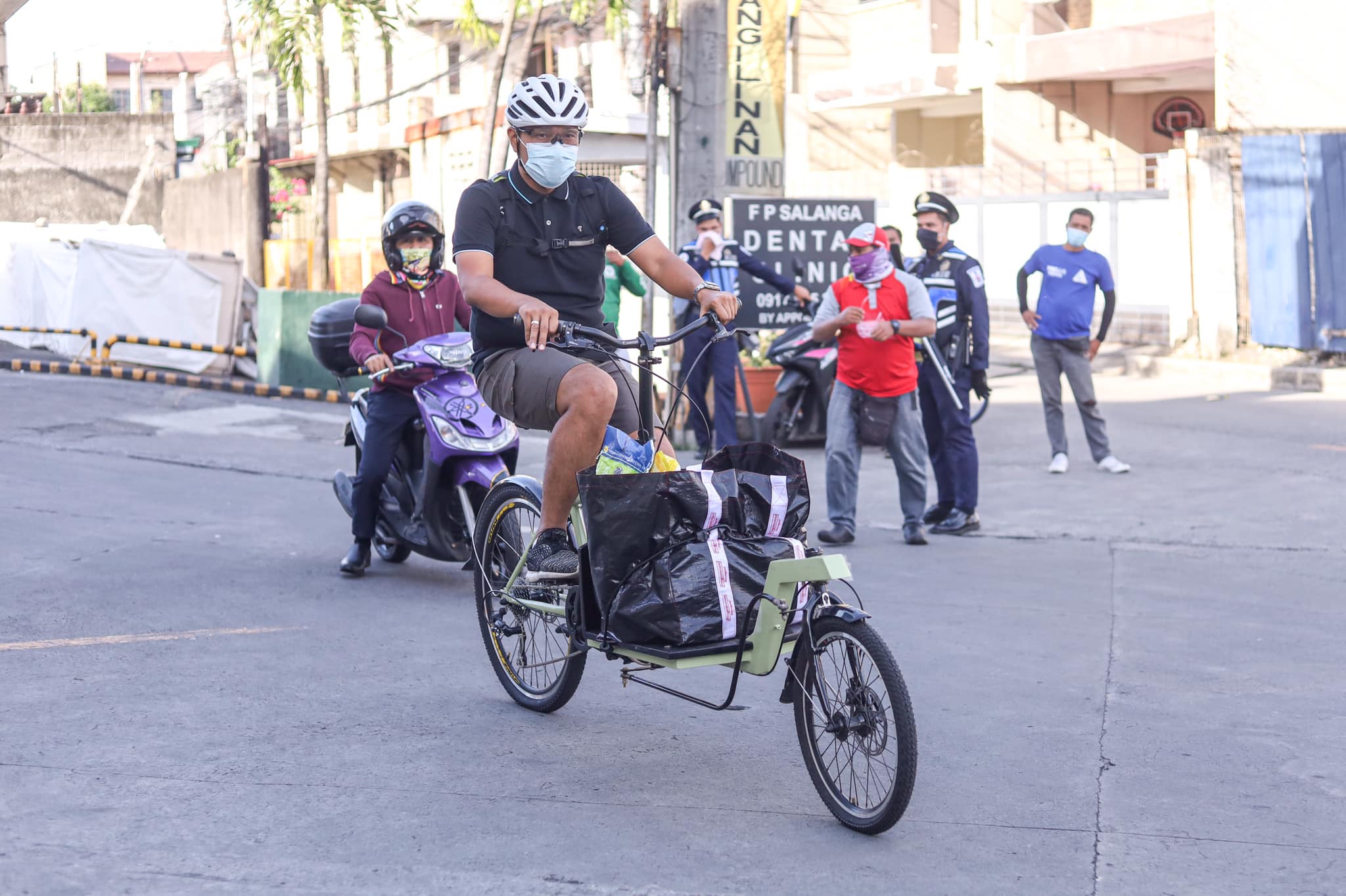 This cargo bike in Quezon City can carry as much as 60 kilos: it’s easy to use, sustainable, saves you from hellish traffic and you can buy it from this cyclist.

Lendl Bergonia got frustrated running errands because of traffic, adding to his burden the money he spends for parking and gasoline. To solve his problem, he made his own cargo bike.

When we met him, he just finished buying his groceries: a tray of eggs, vegetables, chips and food for the family. The goods needed to travel along Congressional Avenue and to be honest, we were afraid that the eggs would break or he’d fall off his bike.

Back in 2019, Lendl had the idea of building this dream bike. His work revolves around construction and fabrication of metal so doing this was pretty easy, it was only his schedule that hindered him from moving forward. The lockdown halted his activities so this cyclist grabbed the opportunity to pursue this project.

This is the third version of his cargo bike, which he also sells at his shop Berg Bikes. The first one has two 26-inch wheels but he said that it was difficult to navigate. The second prototype had a 20-inch wheel in front but it was too long and it consumed too much space.

In fact, this unit was already sold to a buyer from Iloilo – we’re not surprised because Ilonggos love bicycles and we imagine cargo bikes being a thing in the bike capital of the Philippines. The customer liked “version two” but requested for more upgrades and Berg bikes happily customized to enhance its performance.

The cargo bike can carry up to 60 kilos of load, Lendl had managed to transport two sacks of cement using this.

We saw him travel his groceries from the supermarket to his house and he didn’t have any problem, except when motorists blocked his way because they parked at the bike lanes. But Lendl easily navigated and he was faster than the cars because the motorized vehicles were stuck in traffic.

When we arrived at his house, we immediately asked about his items, especially the eggs.

Follow and message Berg Bikes for more details about the cargo bike. They can also customize.