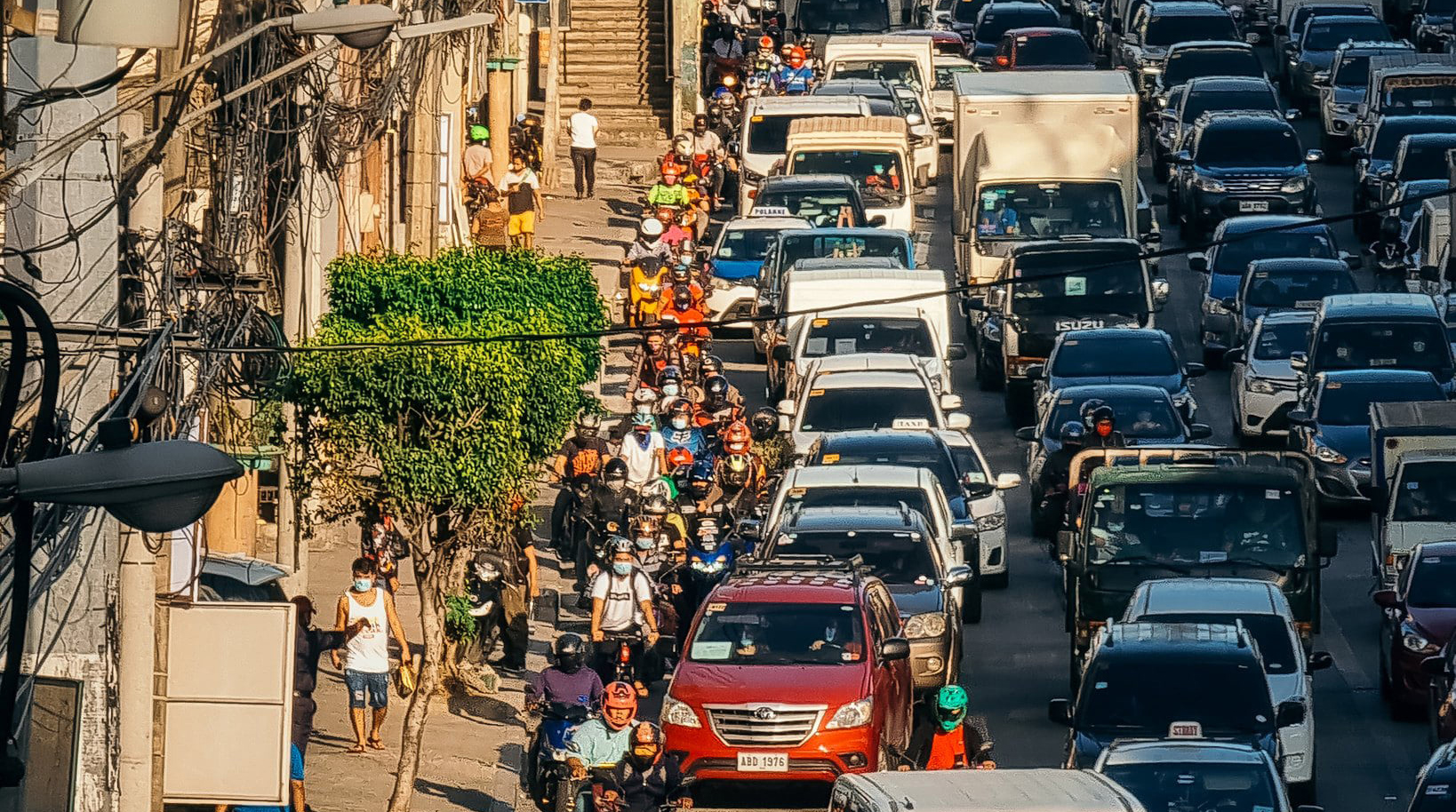 Cycling along EDSA today was pretty calm despite the heat—there were less cars but challenges were still pretty evident. Aside from the unfixed pavements, we still had encounters where fast motorists (one was a counter flowing policeman in a motorbike) would drive just inches away from us.

But overall, it was still relatively easy. We needed to use this road, anyway, to get to our destinations. It was also a reminder for us that this day’s holiday is a commemoration of the downfall of the Marcos dictatorship and the restoration of the Philippine democracy.

Today marks the 35th anniversary of the EDSA people power revolution, a mass action by Filipinos in 1986 that overthrew the dictatorship of Ferdinand Marcos.

So of all the roads in the Philippines, why did the people flock to EDSA in 1986?

Cardinal Sin broadcasted over Radyo Veritas an appeal for people to convene in EDSA near Camp Crame and Camp Aguinaldo on February 22, 1986. This call was done to support and protect soldiers headed by then defense minister Juan Ponce Enrile and then constabulary chief Fidel V. Ramos who became rebel leaders against Ferdinand Marcos.

From February 22 to 25, the crowd ballooned to more than a hundred thousand people. It toppled the Marcos dictatorship.

EDSA is an important road in the Philippines. Aside from its historical significance, Filipinos today use it as the main thoroughfare in Metro Manila with it covering six cities of the metropolis: Caloocan, Quezon City, San Juan, Mandaluyong, Makati and Pasay.

And unfortunately, it is one of the most problematic roads in the country because of traffic congestion and its obvious priority to big private vehicles that contribute to this chaos and stress.

This pandemic has seen the growth of many cyclists in the metro and we are glad that active transport has garnered the attention of the public and the government. However, as the Philippines mark its first anniversary of being in quarantine soon, we have yet to see protected bike lanes in EDSA as well as other national roads in the country.

The photos of Jilson Tiu back in August (as seen in this post) showed us temporary cones built along EDSA, which made cyclists safer on the road. However, dedicated bike lanes seem to disappear now, with motorists taking over the space that should be exclusive for the vulnerable road users.

Democracy, as the dictionary defines, is the practice of social equality. As we celebrate EDSA People Power that restored Philippine democracy, we hope that we too can soon celebrate social equality on the road, not just on EDSA but all throughout the roads of the country.