It’s fulfilling to build your own bicycle: from beaten up French bike to a reliable commuter 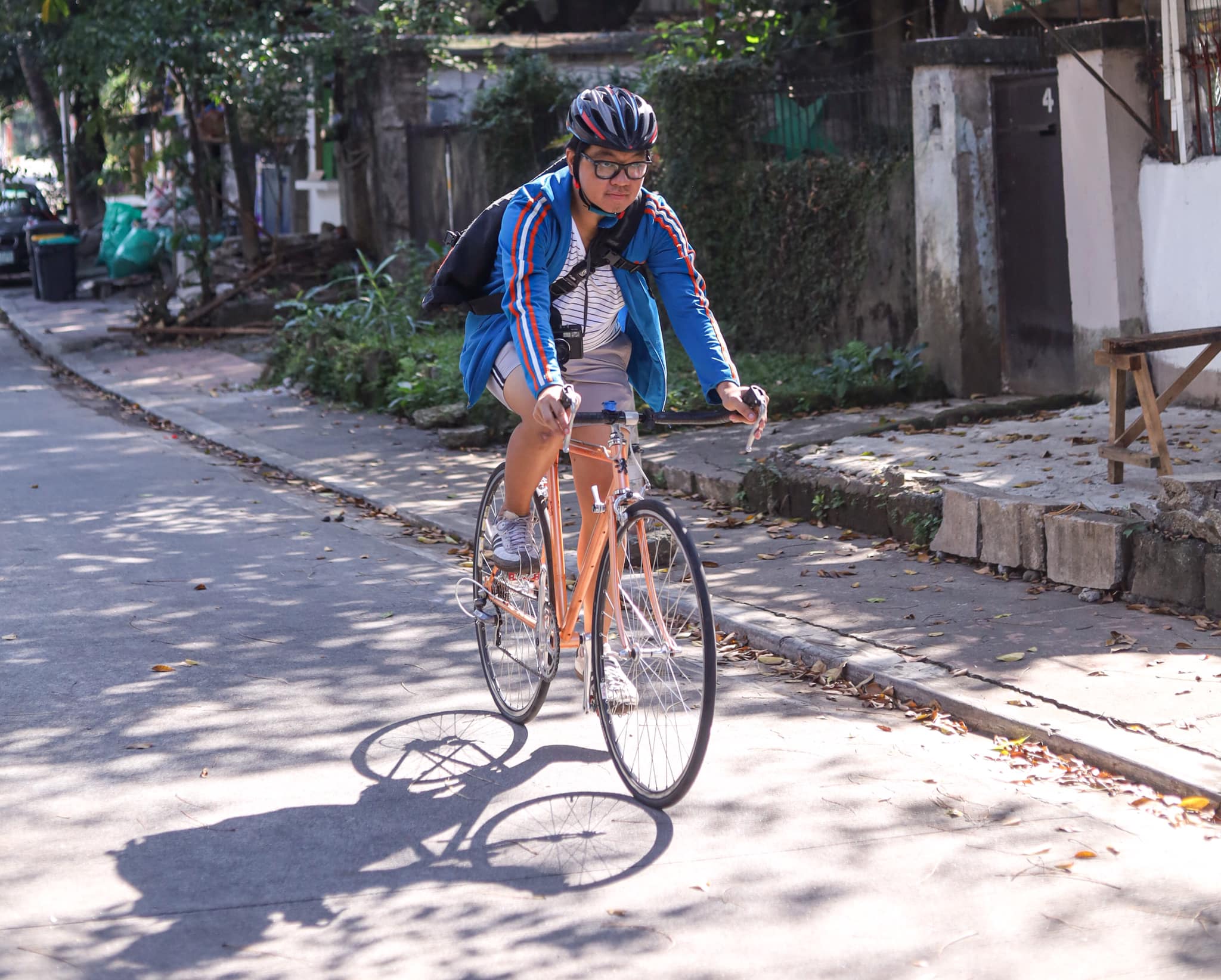 This photographer transformed a beaten up Peugeot Cycles to a commuter bike that suits his riding style.

For others, assembling a bicycle can be taxing, frustrating and it can cost a lot of money. That’s why Brian Sergio tells us that if one plans to build his own, ample research and planning about the envisioned dream bike can be helpful.

“Marami akong mga mistakes when I did this bike, I suggest to do research muna,” he said. “Bago sila bumili ng parts, they have to make sure na compatible ‘yung parts.”

When Brian saw a 6,000-peso Peugeot Cycles that fits his size, he did not hesitate to contact the seller and deposit a down payment right away. Although it was obviously beaten up, he assured himself that he’ll just change some parts and do necessary upgrades to fit his desired look and performance.

True enough, it was wobbly when he tested it for the first time. His girlfriend even told him to stop using it out of concern.

His trusted mechanic Jhay-Ar, who lives in Cubao, helped him fix his bike. From its original look, they removed the fenders and changed many parts like the rear derailleur, handlebar and wheels.

The first version was just okay, mostly replaced with cheap parts that they can buy from nearby shops in Quezon City. He can already give it a decent spin but Brian was still not happy.

Slowly, he built the bike that he really wanted—saving up money then ordering parts online, most of them overseas.

He admitted that he had many purchases that were not compatible with his bicycle. It’s because some parts of this French bike required specific sizes that he overlooked. For example, he bought a seatpost overseas that he was not able to use because it can’t fit.

Brian bikes almost everyday and told us that his bicycle is his main mode of transportation. He said that before the lockdown, he mainly used public transportation and can drive a car but he prefers commuting with his bicycle now, especially because we’re in a pandemic.

If we were Brian, we’d also ride our bike everyday because aside from getting it built according to his riding style, it was out of so much love, time and effort.