Loleng’s Hutieau-an: a friendship between a Filipina and a Vietnamese refugee in Bataan

Lolita Vistan opened Loleng’s Hutieu-an in 2003. She’s a 69-year-old Filipina who learned to cook Vietnamese food from a friend she met at a refugee camp in Bataan years ago. 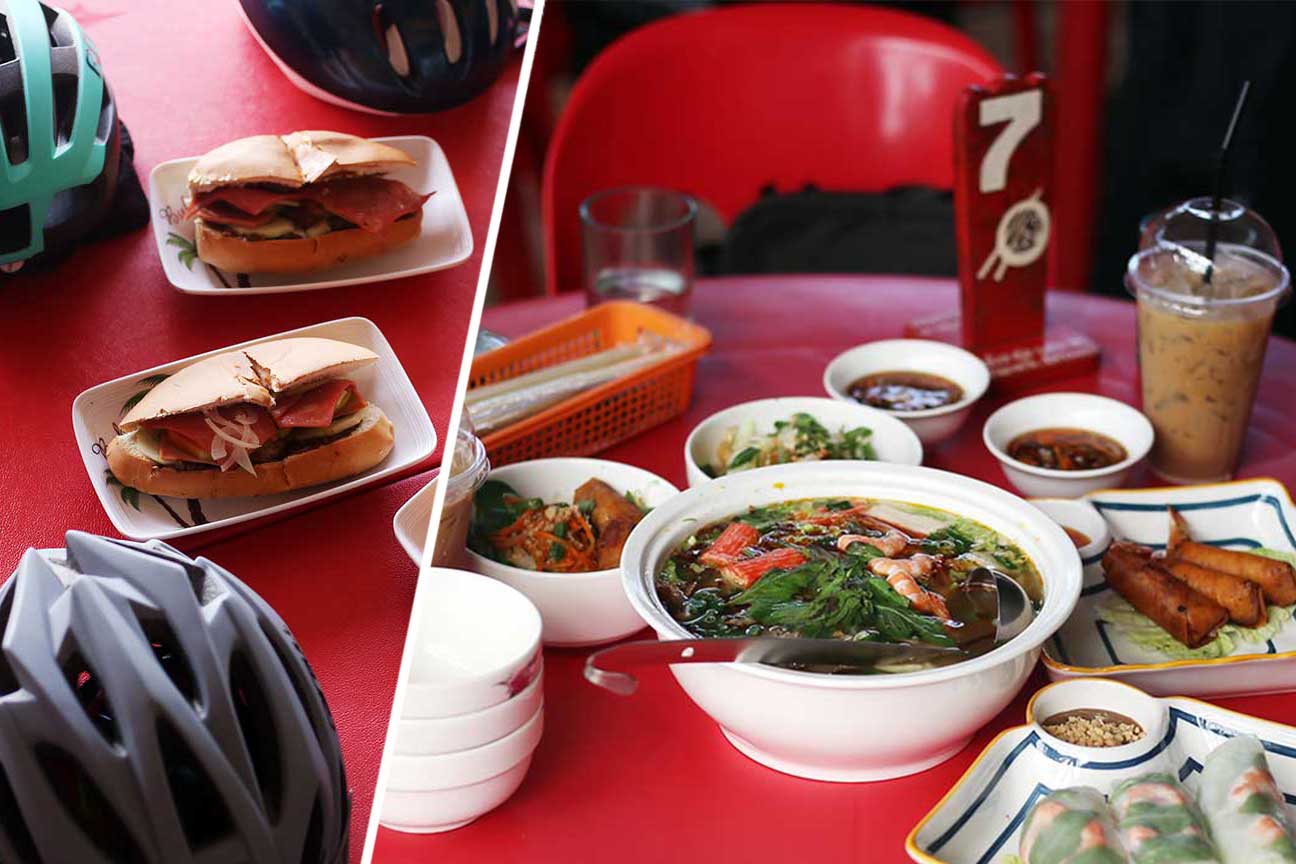 When the clock ticks twelve, people start flocking to Loleng’s Hutieu-an, a small Vietnamese eatery in Morong’s Brgy. Binaritan that it can be difficult to secure a seat. The food is good so it’s not surprising that it’s popular among cyclists, motorbikers and locals.

Lolita Vistan opened Loleng’s Hutieu-an in 2003. She’s a 69-year-old Filipina who learned to cook Vietnamese food from a friend she met at a refugee camp in Bataan years ago.

Hutieu is a popular food from the southern regions of Vietnam than can be a soup or broth. Vietnamese who fled their country because of the war sought refuge in Bataan from 1980 to 1994.

After our bike ride around Morong, First Bike Ride went to this restaurant with teenage bikers Jed, Gerard, Ian and Lance who recommended the place. We had their banh mi for breakfast: the bread they use resembles a baguette and its fillings are pretty good (it has pork, chicken, cucumber, onions and the restaurant’s special paste, among others)  considering that they source all the ingredients in Bataan.

We’ve been to Vietnam a couple of times and we definitely love their food. We’re fans of Phuong’s banh mi in Hoi An, “the best” according to the late celebrity chef Anthony Bourdain. Bun Cha in Hanoi is also a favorite. So we’d only recommend something that reminds us of the taste we had during our travels.

Since we liked Lolita’s banh mi, we got curious with the other selections from their menu so we returned for lunch. We had Hutieu Special Overload, Vietnamese spring rolls, Fried shrimp rolls and Bun Cha Gio.

The Hutieu Special Overload, the king of our table, is good for three to four people. It’s a flat noodle soup generously packed with scrumptious ingredients: it has shrimp, beef, chicken, crab sticks and vegetables. Perhaps this is our favorite among our orders.

Another superb dish is the Bun Cha Gio. The food has soft thin noodles, fried spring rolls and vegetables. The vinegar sauce is a winner.

The Vietnamese spring rolls and the fried spring rolls are also a pleasing addition to our lunch. They don’t serve rice here but one of our friends, who’s fond of eating this carb, didn’t miss it at all. Our dining experience became more special with iced Vietnamese coffee.

Loleng’s Hutieu-an does not only offer Vietnamese food. They cook Filipino noodle dishes too like sweet-style Spaghetti, Pancit Canton and Palabok. We loved this place so much that we bought more banh mi, halo-halo ang mais con yelo for takeaway.

Cycling to this restaurant is ideal because it’s located along a narrow street in a residential area where car parking can be difficult and loud engines can disturb those who live nearby. Bikers can park their bikes in front of the store even without locking it. Our local friends told us that “bikes don’t get stolen in Morong.”

During their busy hours, orders can be ready after 10 to 20 minutes — which is understandable because it’s only run by a few people and food is freshly cooked — but it’s worth the wait. Most of the time, Lolita works in the kitchen.

The restaurant owner is glad that people appreciate her food. She managed to open another branch in Morong near the bus terminal to accommodate more people.

We told her our wish: we hope that she opens a store in Metro Manila. But for now, this restaurant will still be one of the cycling destinations that everyone should visit.

Loleng’s Hutieu-an is located at Mayor Street Brgy Binaritan in Morong, Bataan. It’s open from 8am to 8pm.