Kanawan Hanging Bridge: scenic destination in Bataan for cyclists who like chill rides

I was cycling with many trees lined up on the side of the roads and the open fields are backdropped by big mountains. There was practically no one around most of the time. 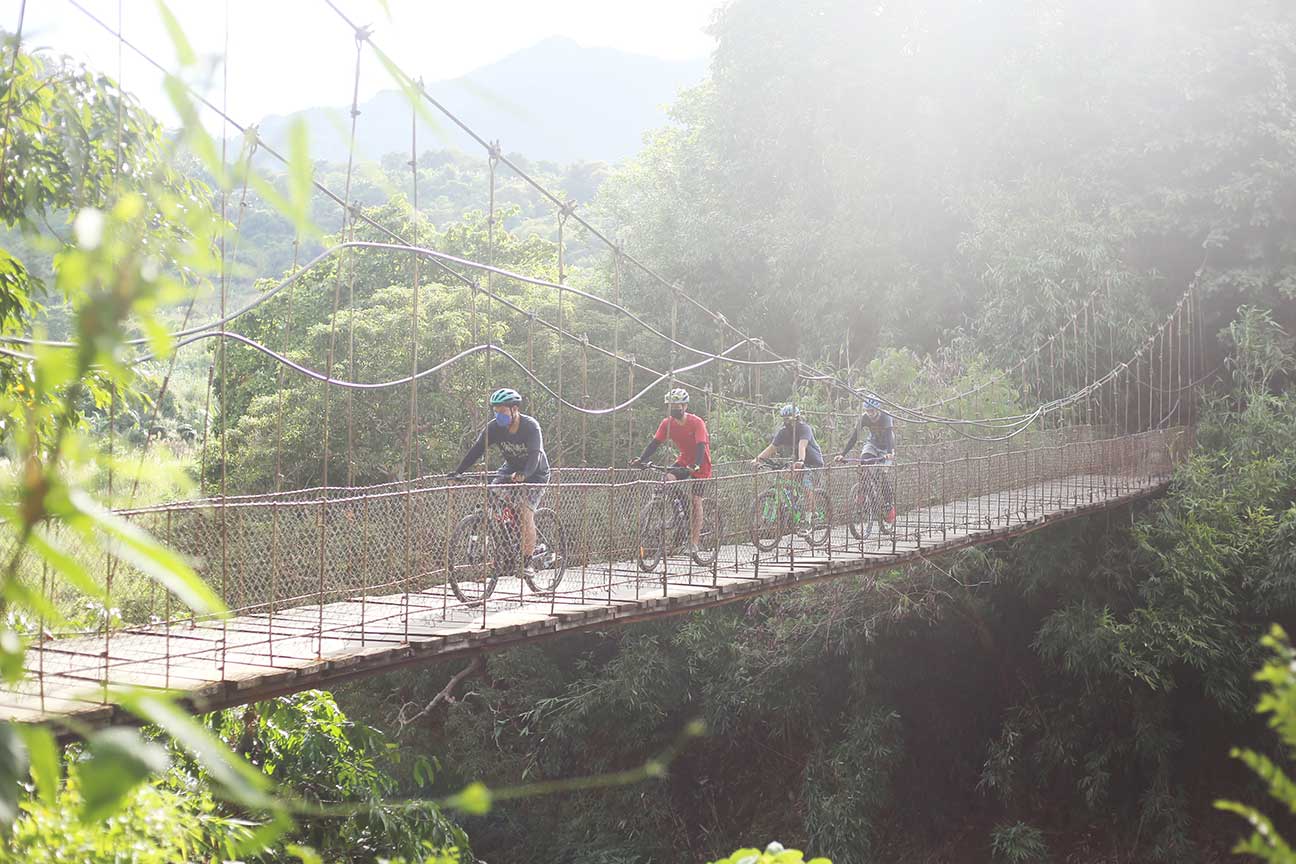 My friends told me that Bataan can be a challenging place for bike rides. Its uphill roads can be difficult for an average cyclist (and excruciatingly painful for newbies, they say). But during our recent trip, I cycled around and found a route that’s easy and refreshing.

Perhaps just like any other province in the country, I felt safe cycling along the highway because only a few motorized vehicles were around. In fact, there were moments when I was alone on the road and all I could hear were chirping birds and dancing leaves.

I didn’t have much time to bike around this beautiful province because I was in Morong last weekend to have a vacation with friends — and I did a little bit of remote work too. Many suggested doing the Bataan loop, which has a distance of more than 200 kilometers, but my schedule couldn’t permit it.

Going to Kanawan Hanging Bridge in Morong early in the morning is probably a highlight of that trip. It’s a 15-kilometer ride from our hotel in Baranggay Nagbalayong and the route consists of mostly flats. Once you reach UN Avenue from Petron gas station, it’s just simply biking straight until the second gate of Bataan Technological Park, Inc (BTPI).

There are a couple of ahons but they are fairly manageable for new cyclists, perhaps the hardest uphill is the segment before BTPI Gate 2. After this incline is the most challenging part of the route. The last stretch to the hanging bridge is very steep and can be dangerous for those who are not used to sharp downhill rides. If you’re a newbie or not confident, I highly suggest walking your bike.

I was just alone when I was cycling the whole stretch of UN Avenue, which is fine because I can take my time to enjoy the beautiful landscapes and the fresh air. The roads were in good condition except for one part near the residential area that’s under construction. I saw a few motorbikes too — no cars and trucks.

The ride is really gorgeous. I was cycling with many trees lined up on the side of the roads and the open fields are backdropped by big mountains. There was practically no one around most of the time. The only problem I encountered was taking a photo of myself with my bike using a DSLR.

With just a few meters to Kanawan hanging bridge, local young cyclists Gerard, Jed, Lance and Ian joined me on my mini adventure. They showed me the way and explained some trivia about this landmark.

We took an interesting shortcut back to the busy town: it’s a rough watermelon farm that can be impossible for bicycles with skinny tires. Thank goodness I have upgraded to a gravel bike.

This bike ride was capped off by conversations at Vietnamese restaurant Loleng’s Hutieu-an. They told me that cycling boomed in Morong during the pandemic because people didn’t have any other fun activities to do with friends that’s allowed by the quarantine restrictions except for riding a bike.

When I asked them why they bike, they said, “Nag-eenjoy lang. Ride hanggang mapagod tapos uwi na.”

Our hotel is located in the beach area where biking can be very peaceful. My friends didn’t bring their bicycles so they borrowed mine one afternoon and we took turns cycling in the vacant lots. Well, we mainly biked because they wanted some cycling portraits because Bataan’s sunset is really impressive for photos.

When I visit Bataan again, I want to try the harder routes like Morong to Subic or Bagac. The roads look enjoyable and the views are amazing. However, the inclines are pretty long but it’s the challenge that I’m willing to take next time. But what’s good is that there’s not many cars around.