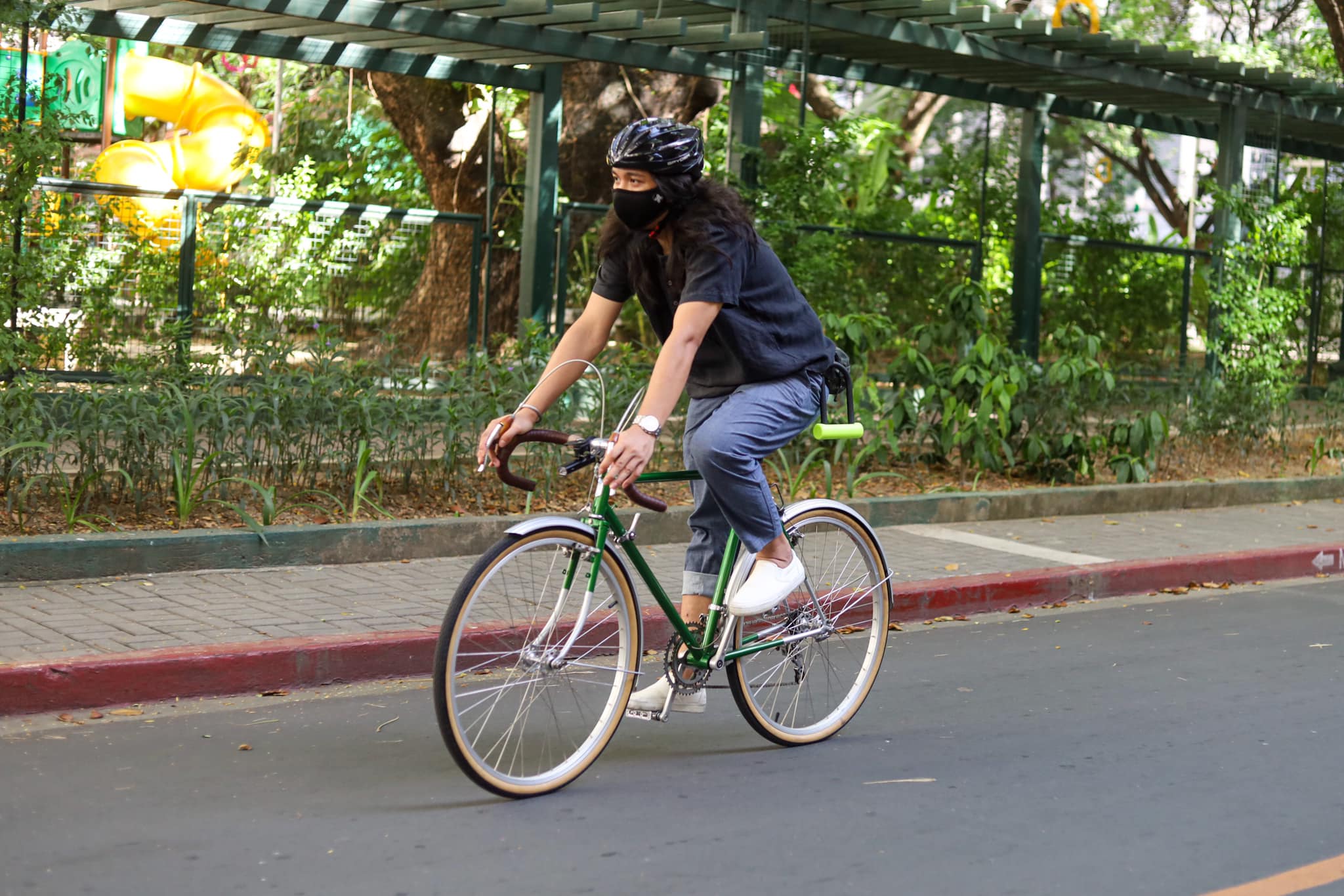 His bike is beautiful, the parts are top of the line and we wish we own this bicycle.

One day during quarantine, Erwin Canlas peeked outside his window and saw that there were many cyclists enjoying the outdoors. It was a moment of enlightenment. He told himself that a bicycle would be the perfect birthday gift for himself because it would keep him moving after months of being sedentary at home.

He admitted that the main consideration of his purchase was aesthetic. He finally got his first bike when he went to a bike shop in Makati and pleaded to the staff to assemble one for him. He went there when it was about to close.

This guy was lucky, the shop gave into his request and extended work for a few minutes. Erwin showed a picture and told them that he wanted that kind of look. He was given a single-speed bike that has a standard-looking flat bar and a black Colossi frame.

Erwin biked around his village and nearby areas in Sta. Rosa as his exercise and covered around 35 kilometers daily. This biker was so happy as he saw improvements with his mood and body. He learned more about bicycles and eventually started upgrading his bike.

After numerous upgrades like changing his gear system and handlebar, among others, he realized that he should have researched first before buying a bike. He’s still glad that he did the purchase but he could have saved money if he already knew the best parts.

This time, he already knew what he wanted and he knows the good bike parts. Just like before, finding his ideal set up became difficult because it’s either sold our or was way too expensive.

“Hindi ako makatulog noong gabi na iyon tapos naalala ko yung binibilhan ko ng vinyl,” he recalled. Erwin saw that the owner of On The Corner Manila likes bicycles so he randomly asked that night, at around 11 p.m., if he knew someone who sells classic bikes.

The reply was “ako.”

It was a classic randonneur bike with imported components. It’s so gorgeous. Erwin immediately wanted to get it the next day but the owner said that it needed to be sent to the mechanic first to make sure that it’s safe for a spin.

Bridget, as what he calls his new ride, is the second bicycle that he imagined having: a classic-looking bike that would take him to far places.

First Bike Ride went with Erwin for his first bike ride with Bridget. He was so comfortable riding the streets of Makati and BGC and his bike was shining, it looked so stylish on the road.

We went for a coffee after and asked him if he’s happy with the bike.

If you’re asking about the other bike, he likes it too and he’s keeping it.