Cycling to honor Andres Bonifacio: he should be the idol of the mass 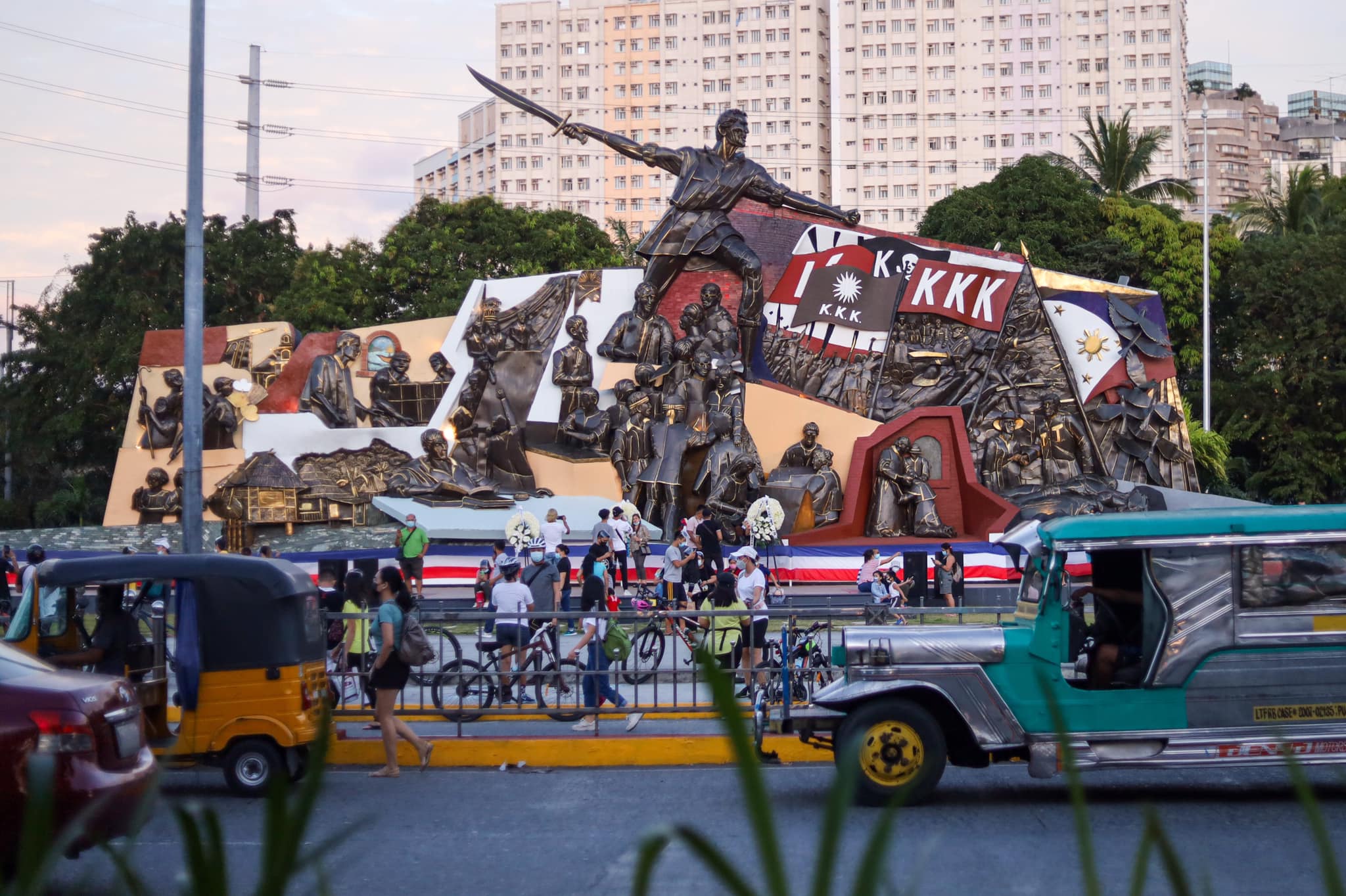 First Bike Ride paid tribute today to Andres Bonifacio by visiting his monuments in Manila. We went to Liwasang Bonifacio in front of the Post Office and then to the nearby Bonifacio Shrine beside the city hall.

We wanted to take a good picture of the shrine and we happened to see a biker who stopped on the other side of the road, far from the crowd and took pictures.

He biked all the way from Quezon City and paid tribute to our hero. Simon likes Bonifacio, he said that he visits his monuments whenever he has time or when his destination passes one.

For example, he makes a short detour to these monuments when he’s buying bike parts in Quiapo.

And that’s true. Andres Bonifacio, founder of Katipunan, is also called “The Great Plebeian.” He came from a poor family and is self-educated. Because of his intelligence and charisma, Bonifacio earned the respect of people across different classes.

Bonifacio’s activism and patriotism made a big impact — one that ignited the same in others.

Our conversation with Simon went from Bonifacio to his cycling activities. He’s been bike commuting since 2006 and he’s into classic bikes.

His current bike is still a work in progress and he just started building it during the lockdown. Simon also has a fixie that’s just parked in his house.

His tip to newbie bikers?

Today is the 157th birth anniversary of Andres Bonifacio.