There’s a locked bicycle in the middle of Katipunan

The bike is parked in the middle of the road because there’s no secured bike parking in the area and that the cyclist is afraid to lock it on a random wall. 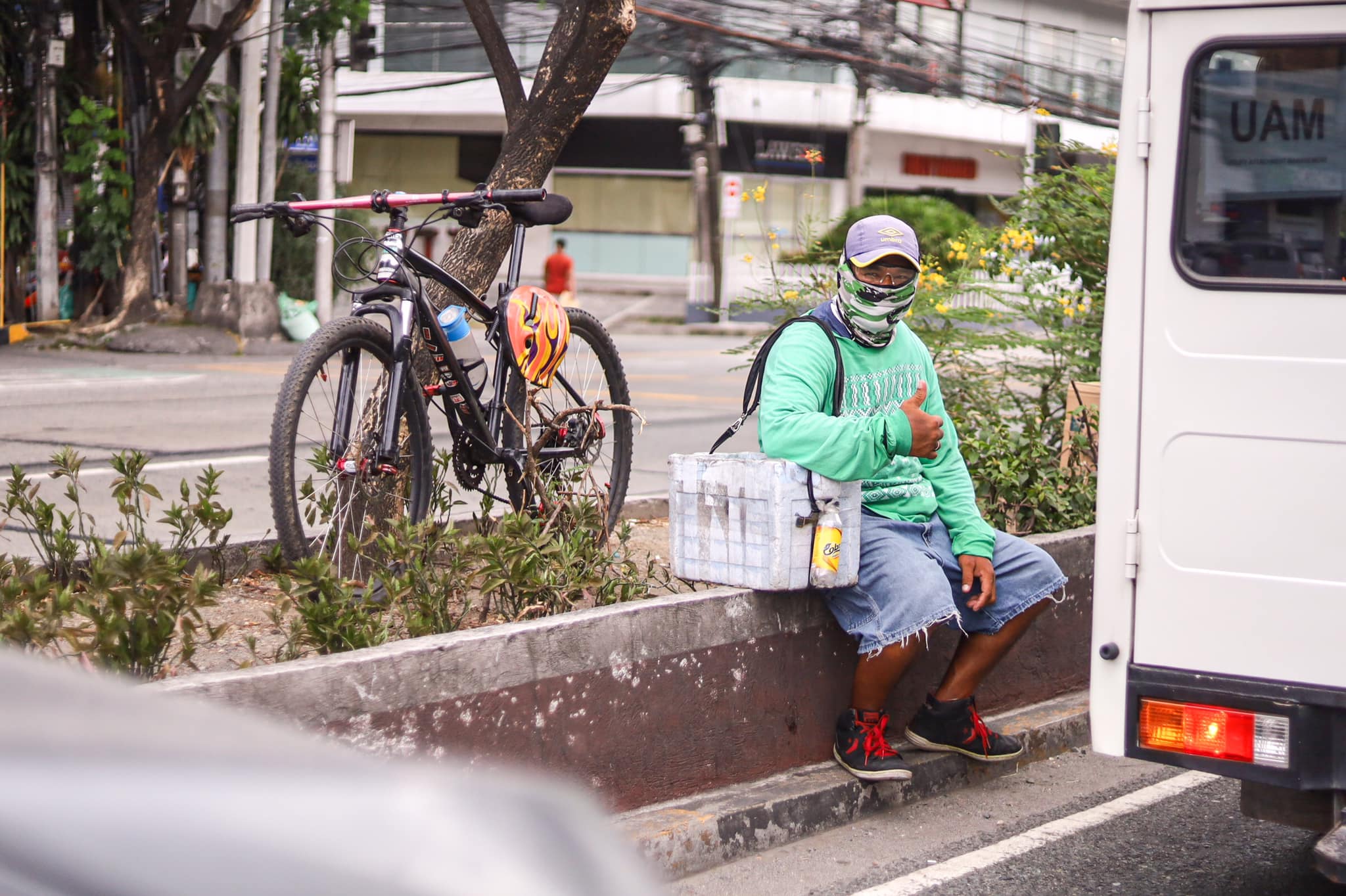 You can see a bicycle locked around a tree in the middle of Katipunan Avenue in Quezon City—it’s the bike of a water vendor who lost his corn store during the lockdown.

Ronnel Manalastas crossed the four-lane road to check his bike that’s parked in the middle of Katipunan Avenue. He also needed to refill his styro container with water bottles that he vends to motorists. It’s pretty dangerous but he told us that his family needs to survive so he’s risking everything, even his life, just to earn.

He mentioned that the bike is parked in the middle of the road because there’s no secured bike parking in the area and that he’s afraid to lock it on a random wall because his 4,000-peso bike helps him move.

This vendor used to have a motorcycle. However, he was forced to sell it because he lost his livelihood and the bills were piling up. He used to be one of those corn sellers whose stores were seen in Katipunan, just outside Ateneo de Manila University, before the pandemic.

According to him, when the community quarantine started, Ronnel and the other corn sellers were told by the government that they can’t sell on the street anymore. It’s sad because that’s his only source of income that supports his wife and two kids.

Ateneo has been nice to the corn vendors and they supported them with their livelihood. He particularly noted that the school never bothered them even though many said that they were eyesores.

He’s now selling water and energy drinks on the street. He roughly earns 500 pesos a day—only if it’s a good day, and it’s not a good day everyday. You can find him in Katipunan from 8am to 4pm.

That’s true, and it will be helpful if there are proper and secured bike racks in Katipunan too.

Have you seen this locked bicycle in Katipunan too?