He got a 300-peso fine after putting down his face mask briefly so he could breathe properly after an exhausting ride under this heat in Quezon City. 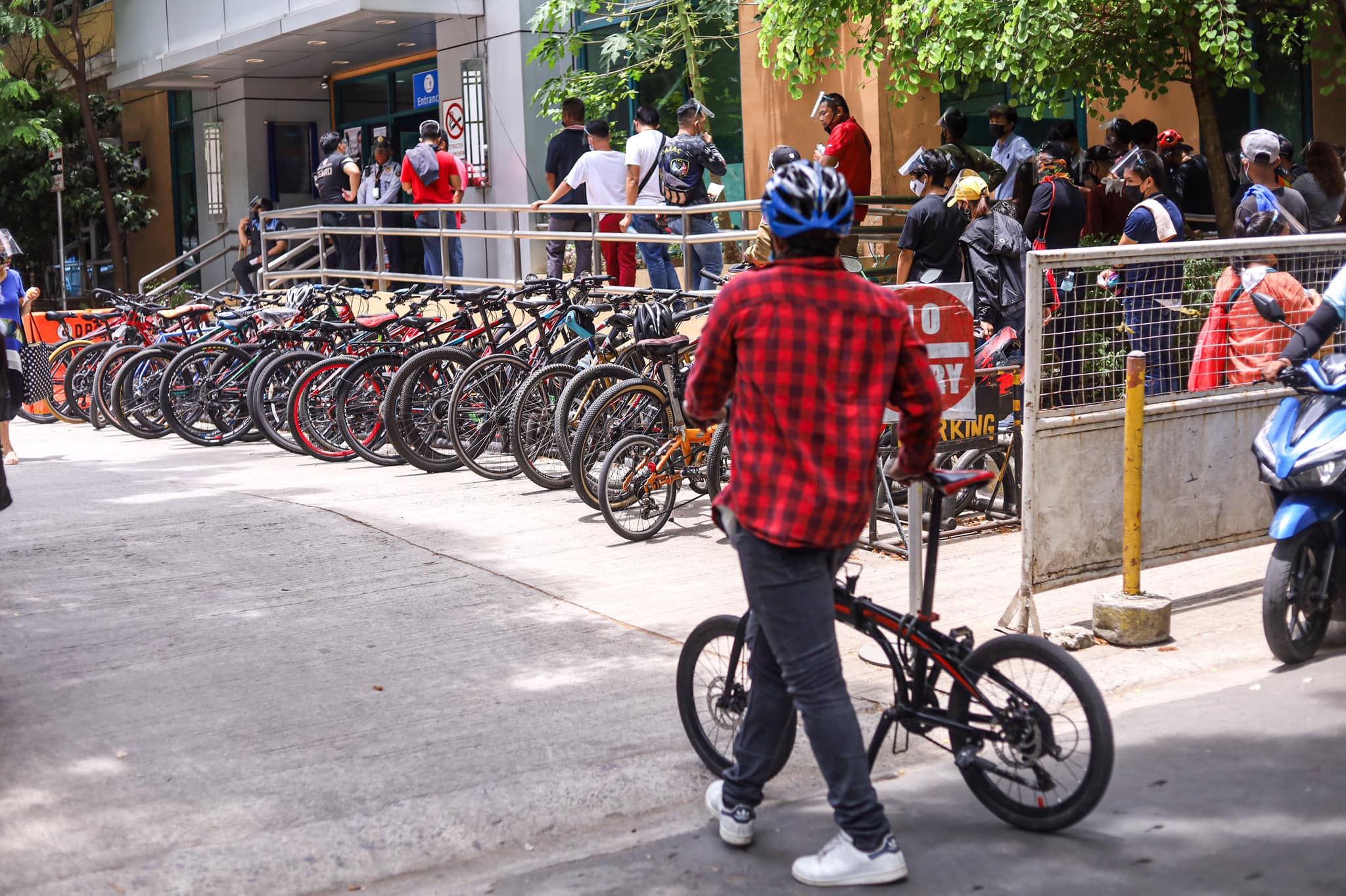 He got a 300-peso fine after putting down his face mask briefly so he could breathe properly after an exhausting ride under this heat in Quezon City.

Eariel Bulangis was riding his bicycle this morning when he decided to stop and rest in front of a bike shop situated along Congressional Avenue in Quezon City. The sun was pretty exhausting after 9am and he wanted to breathe better, even for just a minute.

Last Wednesday, President Rodrigo Duterte ordered the police to arrest, detain and probe individuals who are not wearing their face masks properly to prevent the spread of Covid-19 infections.

However, Quezon City Mayor Joy Belmonte said in an interview yesterday that her local government is exercising “maximum tolerance” and was quoted, “In fact, we do a lot of warning prior to even fining.”

Well, apparently, no tolerance happened in the case of Eariel. The risk of spreading the virus outdoors by putting down your mask for a short period of time is probably more troublesome than him dying from heat stroke or other breathing problems.

According to the officers that we talked to, a subpoena will be given and you’ll be summoned to a hearing if you fail to settle your penalty in five working days. This also applies to non-Quezon City residents who were apprehended in the city.

It’s pretty wild and it’s not just cyclists that get penalized. One guy was fined because he was sitting on a chair just in front of his house with his nose not covered by his face mask.

If you’re caught, the officer who may be from the city’s Department of Public Order and Safety (DPOS), an assigned baranggay official or police will ask for your ID or contact information and explain your violation and how you can clear your name. If you don’t present any id, the officer that we talked to said that you might be directed to a police station to give necessary details and have your photo taken.

The city hall is in Elliptical Road and the DPOS Building is near the Kalayaan Avenue gate. There are plenty of secured and decent bike racks in this important and beautiful government establishment.

A biker who was fined for cycling without a helmet, told us that he fell in line for two hours to settle his violation along with hundreds of people.

How did he get a fine? He was biking his folding bike in his neighborhood in Project 4 because he needed to withdraw money from the bank located 600 meters away from his house. Quezon City must be so dangerous that even the inner roads are deemed unsafe because you’ll be penalized for not wearing a helmet.

On that note, isn’t it more productive to focus on those drivers who drive vehicles that can actually kill, make streets slower and improve road infrastructure than pinning down harmless individuals?

Utaw is the slang for “tao” or people.