Riding a pretty pink bike: Everyone rides on the same road and in the same traffic 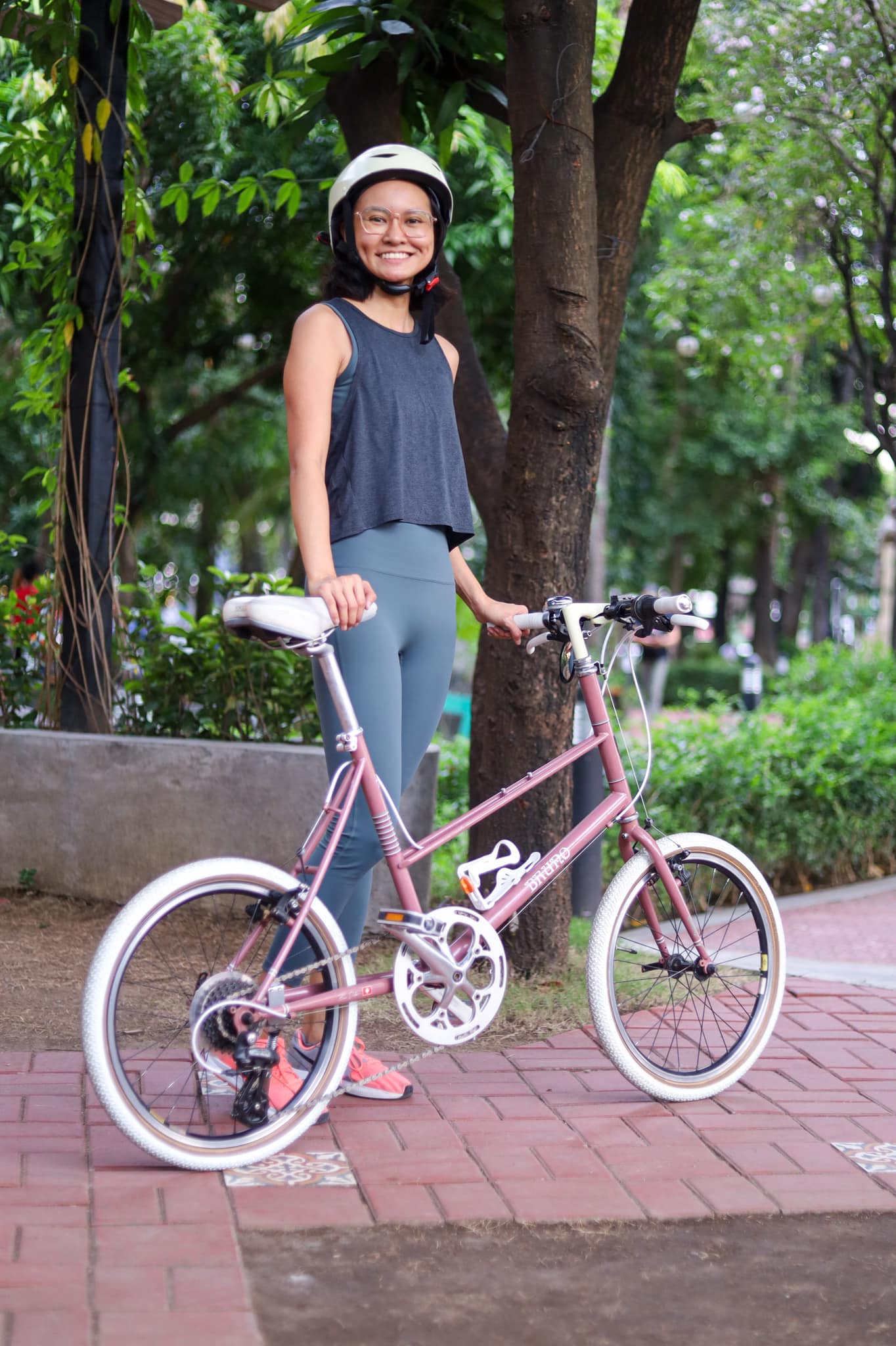 Carla Gamalinda admitted that she used to see femininity as a weakness so she had to hide this side of her to be respected. A few years back, she would never have thought of riding a pink bicycle in public.

“I realized that having the confidence to ride this bike means that I have grown to embrace this trait somewhere along the road,” she said. “One can be feminine while being strong, smart and fun.”

The color pink is usually associated with girls and unfortunately, we still have this notion in our society that links girly things with weakness and inferiority.

“Riding this pink bike is me saying that I am so done with two-dimensional stereotypes,” she added.

She can confidently carry herself in the streets of Metro Manila with her activewear and backpack while riding her cute mini velo.

Carla said that it can be difficult cycling in the city but she emphasized that it’s not because she’s a woman. It’s just because it can be hard. For example, there are many times when a motorized vehicle would just drive beside her even if there is much space on the road.

“My rules for safety are the same whether I’m on foot, on a bike or in a car: be alert and opt out of shady places,” she told us.

Everyone rides on the same road and in the same traffic. Carla believes that the experience of male and female bikers are generally the same. We believe that it should be. However, she admitted that the world can be scary for ladies because she said that there are “misogynistic men (and women) on the road, at work, everywhere.”

Our streets should be safe, not just from accidents but also from harassment.

“I appreciate that I have guy friends who would look after us girls when we’re out biking in the streets. I hope this would be the norm–people looking out for each other regardless of gender,” she said.

She recognizes that catcalling happens in streets too. She wants to encourage more women to ride a bike so female cyclists would be so common that catcallers would lose their feeling of dominance.

“If we let this fear of getting harassed or discriminated get to us and we just stay where it’s safer, ang dami nating hindi mapupuntahan–literally and figuratively,” she said.

Recently, Carla rode a bicycle with her friends around Manila. It was after work and they had a nice cup of coffee while enjoying the city’s spectacular sunset. They braved the roads of this urban jungle and had Chinese food for dinner. She said that it was an ideal day.