This guy literally biked around Japan for 4.5 months

The idea of this incredible journey all started in 2019. That year, he did the Shikoku Pilgrimage where he met a friend who did a Japan bike loop for over a year. 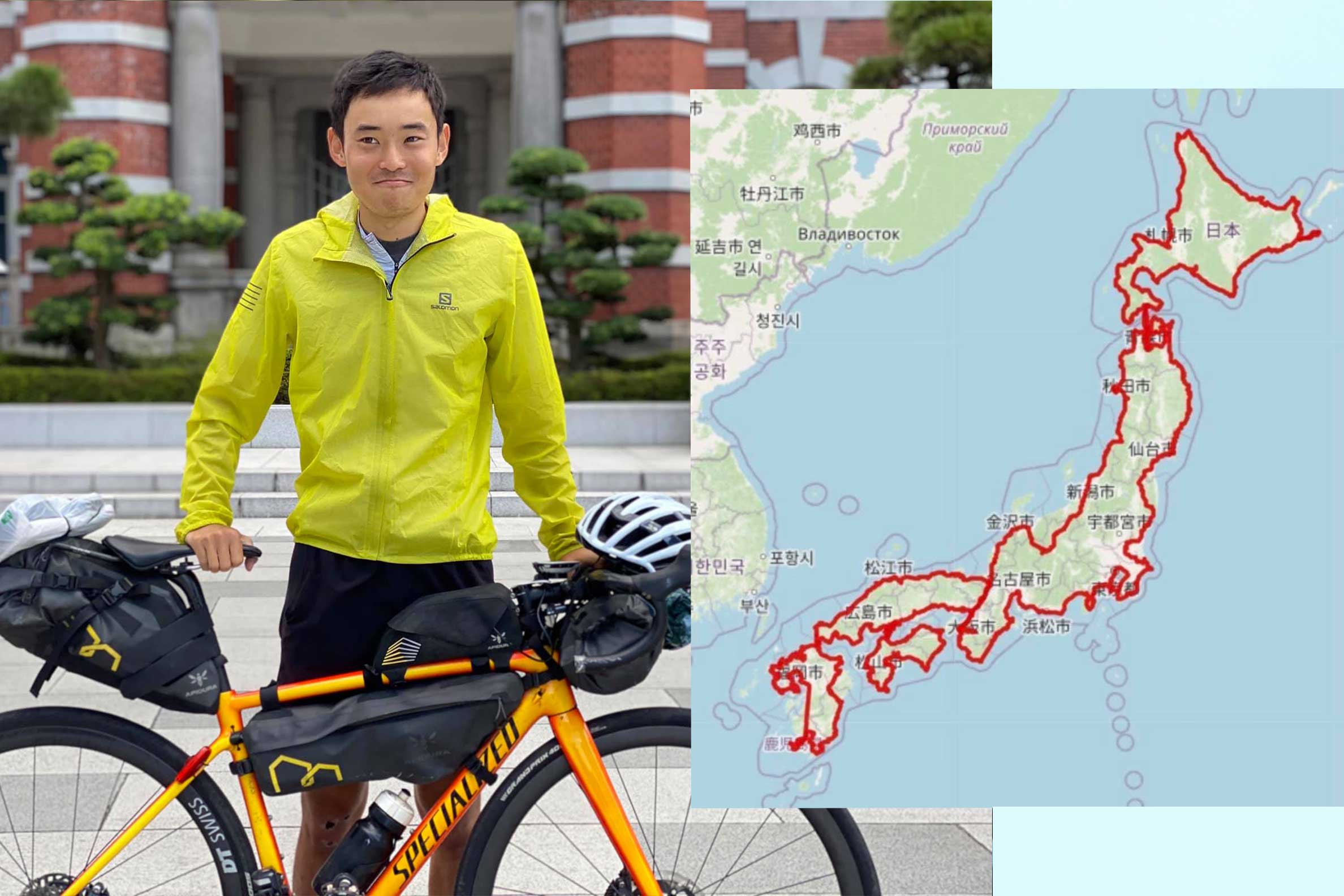 First Bike Ride had a conversation with Shinichiro Tanaka aka Cycling Ninja about his great Japanese adventure. He literally biked around Japan, tracing the country for 4.5 months covering 12,500 kilometers.

As someone who’d like to bike around Japan, this is pretty intense but at the same time very inspiring. After all, seeing a country by riding a bike is probably one of the best things that one could do as a tourist, much more if you’re a citizen.

The idea of embarking on this incredible journey all started in 2019. That year, he did the Shikoku Pilgrimage where he walked for more than 2,000 kilometers in 39 days. He met a friend there who did a Japan bike loop for over a year and that got him interested in doing his own version.

“The primary reason was just to go on an adventure in my country of origin,” Shinichiro, commonly called Shin, told First Bike Ride. “I usually don’t enjoy conventional tourism. Without exercising and getting to where you want to on your own two legs, it doesn’t feel like an adventure.”

Shin started in Tokyo in June 2020 and went to the eastern part of Japan before working his way up to the north. After reaching Cape Soya, the northernmost point, he biked down to Sapporo, Hakodate, Kanazawa, Osaka, Kochi, Fukuoka and Kagoshima. He missed some western routes while going south but covered it on his way back to the capital. He finished in October.

It was a long journey and definitely not an easy one. Shin told us that staying curious and finishing what he started kept him motivated. He said that long distance cycling was tiring and can be repetitive but definitely exciting. It was his appreciation of the tasks, new places and small details along the road that fueled him all throughout the trip.

“I always tell my friends when I want to do something and I always do what I say,” he told us. It’s only a crippling injury that would stop him from finishing.

However, he did get injured at one point. It was during his first week in Hokkaido.

“I had a left knee injury. I think it was due to the sudden cold temperature that must’ve caused my muscles to tense up,” he recalled. “For that week, I couldn’t really pedal with my left leg so I had my right leg do the majority of work while my left leg recovered.”

Japan is a beautiful country and it makes us think of doing this adventure someday. We’ve heard so many beautiful stories of people cycling here. But for the meantime, we’re living it through Cycling Ninja’s stories.

This dude told us that he particularly enjoyed seeing the differences of Japan’s locales and landscapes. Noticing the change in the dialect as he moved through the country was also memorable. And of course, he loved the food!

“I already knew that the food was phenomenal but finding out the local foods in the north and the south had a large foreign influence was unexpected,” he said.

Cycling Ninja added, “Hokkaido is known for its seafood but local foods in some of the larger cities along the edges are Japanese variants on western dishes.”

“It’s not a race but you certainly will come across obstacles and these can be in all sorts of forms — rain, wind, temperature fluctuations, etc… All of these variables can take a little bit away from your stamina in unexpected ways,” he said. “My recommendation would be to not just train cycling but to cross train and do a variety of different activities so that the body is ready for whatever you may encounter.”

He said that anyone can achieve the level of fitness required for this kind of adventure. He told us that his first real bike ride was seven months prior to leaving and he was so exhausted after 120 km of riding over a flat course.

There are short loops and there are longer ones that can really cover a whole country. So maybe one can start at easier ones then train to advance to the bigger adventure.