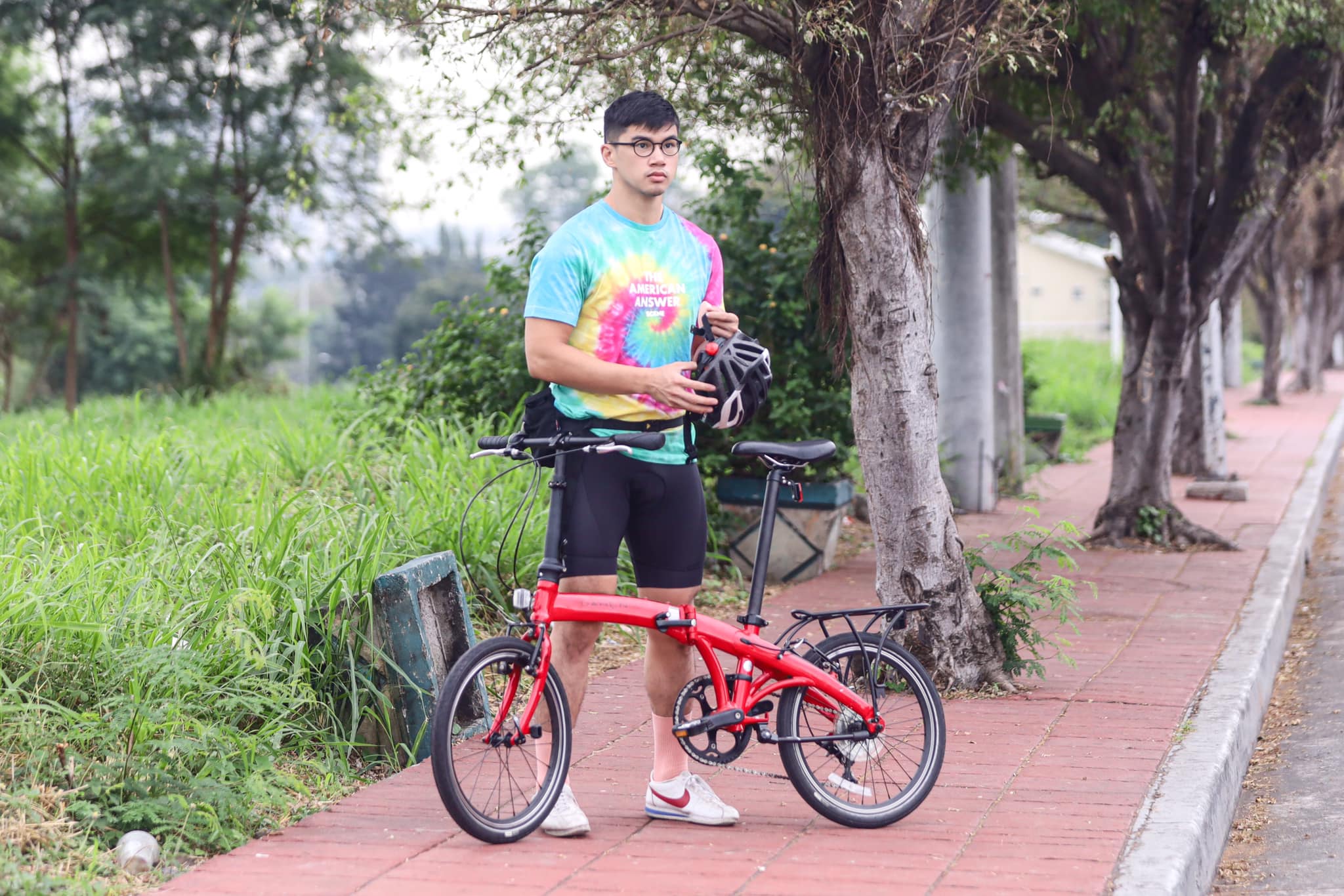 Kettlebell lifting is a competitive sport and this athlete tells us how getting better at his game complements his performance in climbing mountains with a bicycle.

He added, “Kettlebell lifting is perfect for the bike kasi if you want to go faster on a bike what do you do? You strengthen your lats, your legs, your core. And with kettlebell, you strengthen all of those.”

We didn’t know that kettlebell lifting is a competitive sport until we met Miguel—we only knew that it’s an activity that people do in the gym for exercise. He said that it originated in Russia and is popular in Eastern Europe and North America. In the Philippines, there are only a few athletes who are currently into this who enter competitions.

It is a weightlifting sport that uses kettlebells where the athlete lifts this fitness equipment repetitively in a given period of time.

Miguel is fairly new to this sport as he just got into it last year. He is also a jiu-jitsu athlete but when the lockdown happened, he wasn’t able to practice the sport because of the imposed restrictions. He then became interested with kettlebell lifting which he can easily do at home during quarantine.

Eventually, through the influence of his friends, Miguel got into cycling. Six months into the lockdown, he bought a Specialized Allez and he initially did city rides.

This athlete recalled that when he was younger, his father would invite him to cycle in Sumulong every weekend. However, he fell on his bike one time and never thought of going on longer rides again.

But he still liked cycling though. In fact, he brought his Dahon folding bike during our shoot because his main bike was not available that day. This foldie was the bicycle that he owned back when he was still in college.

“It was only when I started riding with DCG na na-adik ako in cycling,” he said. “My longest ride then was Alabang from Quezon City. Okay naman ‘yun pero iba once you started going to the mountains, you’re with nature and fresh air. Talagang na-adik na ako. Climbing talaga is the best.”

He told us that his most memorable adventure was his first century bike ride going to Sierra Madre.

“It’s the best climb. Everyone you’re riding has the same vibe, everyone wants to get up on the mountain. And then when you get up, you have this amazing view, you have Cafe Katerina which is the best place to stop. There’s a sense of accomplishment,” he said. “Then you are treated downhill, the most fun I had on a bike ever.”

This guy, who admits to enjoy the pain brought by his fitness endeavors, said that he managed to do more climbs after that ride. He noted, “hinanap-hanap ko na yung sakit ng katawan.”

If you have noticed on our Instagram stories during the past few days, you would see cyclists wearing a cool blue and pink jersey, a merch launched by bike group DCG cycling. It’s interesting because it bears the name “28 Derby Bakery & Cafe,” the business owned by Miguel.

When he’s not riding a bike and lifting kettlebells, Miguel is busy managing 28 Derby Bakery. Go check out their delicious breads: www.28derby.com