Why should we support bike-friendly pop-ups 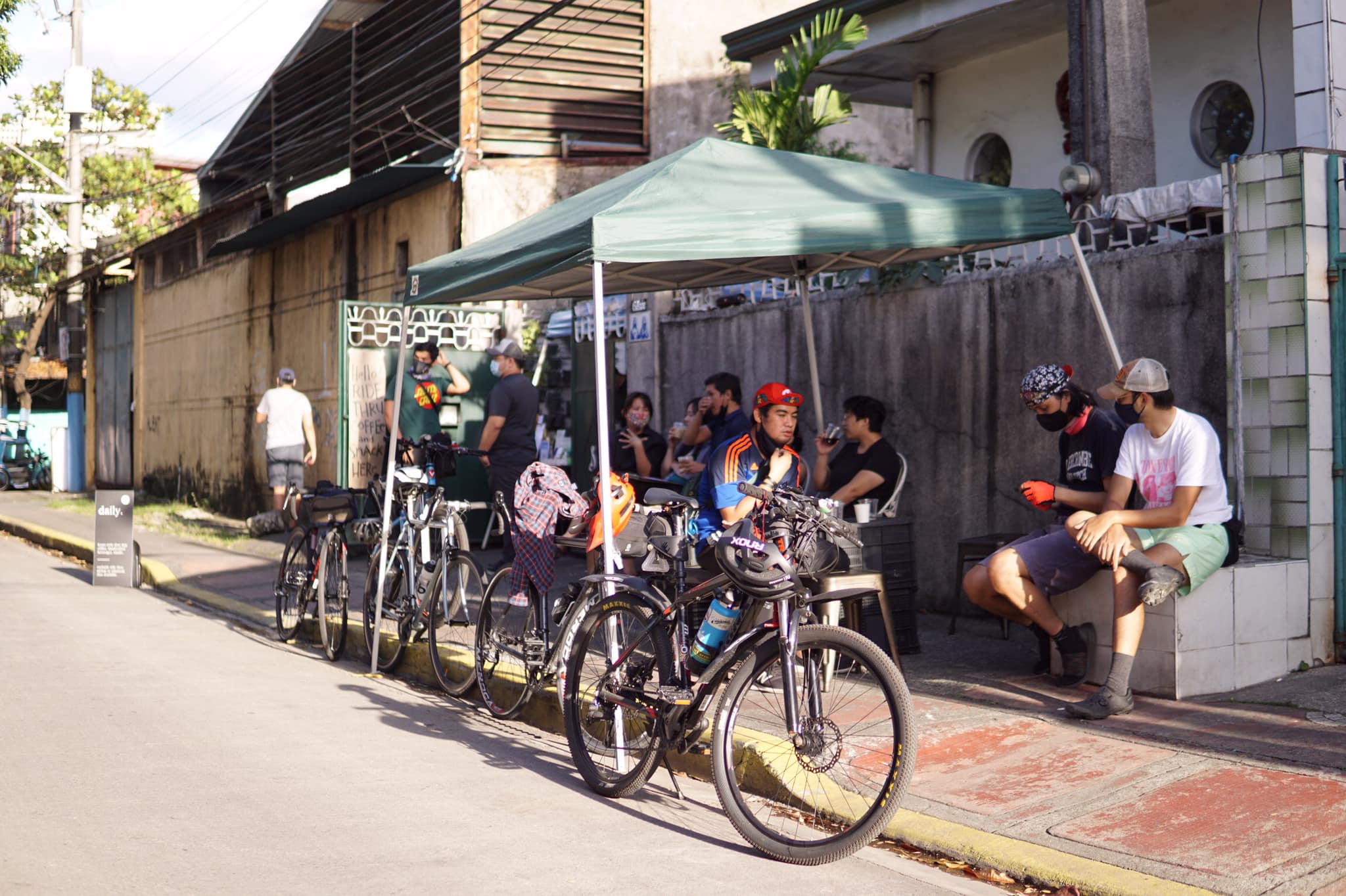 You should explore Sampaloc in Manila for your Sunday ride and we suggest visiting this bike-friendly coffee and food pop-up near España Boulevard.

Manila, which can be stressful because of potholes and crazy traffic, can still be interesting especially if you go to its inner streets. In Sampaloc, there are underrated treats that are still unknown to the public.

That’s why it’s cool to have small coffee business Daily. and Salcedo Market’s favorite Nene&Marco highlight the neighborhood of Sampaloc East in its latest pop-up. You can find them along Matimyas Street on Feb 28 only.

If you’ve been reading our stories and following us on Instagram, First Bike Ride supports businesses that are bike-friendly—much more if it’s a start-up. Perhaps it is because there are many cyclists who find it hard to look for cool places to hangout that accommodate bicycles.

The past few months have shown that being bike-friendly is good for business and Daily.’s pop-up is a proof to this lucrative biz strategy.

The Feb 28 store is the fourth pop-up of Daily. and we’ve seen a growing number of bikers visiting its shop. This consciousness towards cyclists could be credited to owners Angelo, Fritz and Ronan who own a bicycle and saw the efficiency of cycling this pandemic.

In fact, we’ve met so many cyclists who came to Daily.’s pop-up which eventually led to a First Bike Ride feature.

What’s also nice about pop-ups like this is that it encourages businesses to profit and at the same time make people bike—whether it’s for fun, for fitness or for their mental health, among others. People get to enjoy their drinks and food outdoors and with proper social distancing.

Daily. and Nene&Marco’s tie up really needs to be emulated by others. It’s not just their products that they promote but also small businesses in the neighborhood. In tough times like this, it’s an admirable gesture when everyone helps one another even in small ways.

First Bike Ride doesn’t recommend the pop-up just because they are bike-friendly. There are a few pro-bike establishments that don’t have good products, to be honest.

We recommend these two mainly because their coffee and food are great! We’re a fan of daily.’s Spanish Latte and Midnight Madness. We visit Nene’s Food Products at Salcedo for their hopia even before the pandemic. Someone asked if we’re paid to promote them. We’re not.