Losing one leg won’t stop this guy from living his life, rides a bike because he still can

This cyclist said that amputees need a lot of support and encouragement. Many of the people who lost their legs are not like Joey who easily recovered and moved on from life — others continue to suffer from depression and insecurity for years. 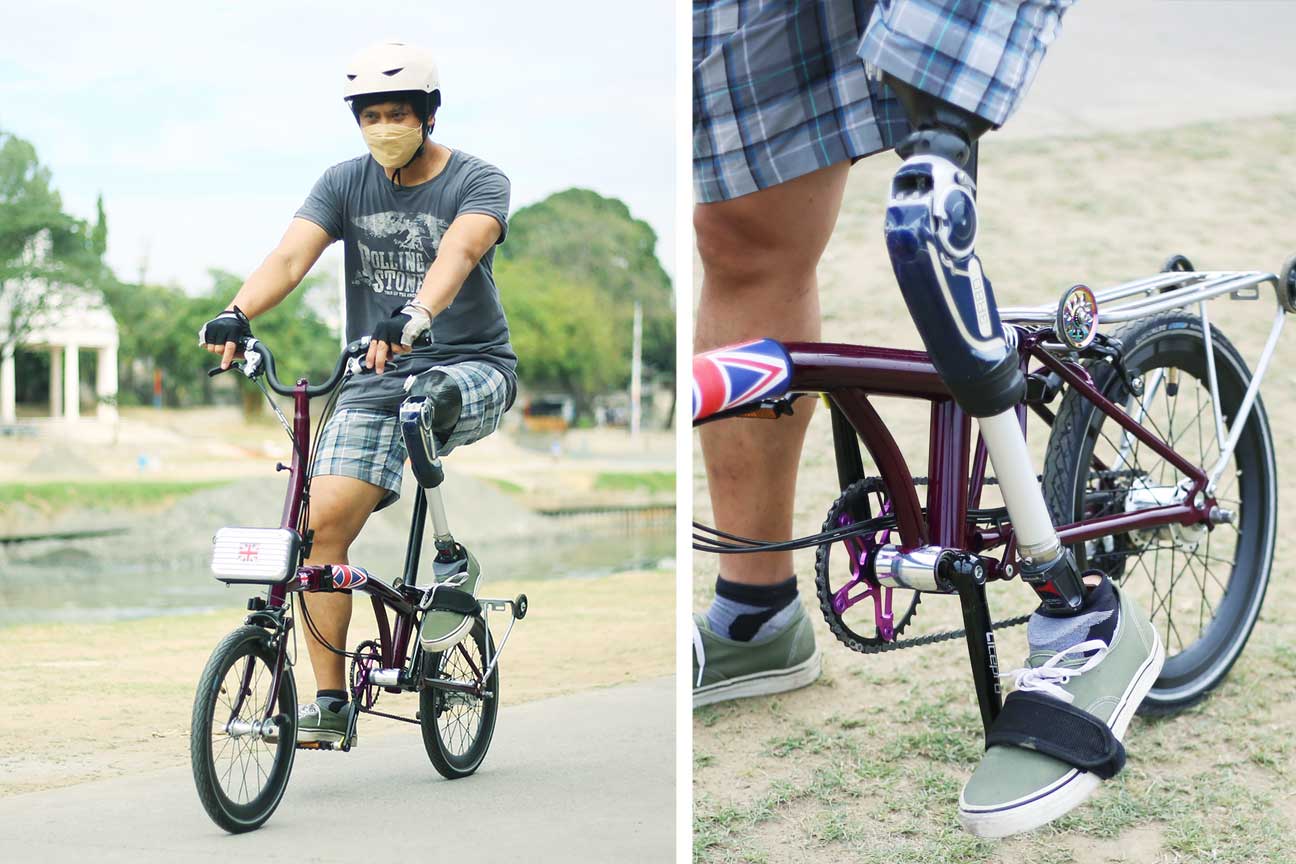 Joey Reyes loves speed and moving around: he enjoys jogging, goes cycling to improve his stamina and he even knows how to fly an airplane. A few years back, he even actively participated in motorcycle races.

But everything changed when he got into a freak accident and lost his left leg in 2016.

People thought that the accident occurred during one of his daredevil motorbike adventures. However, the unfortunate incident was caused by a careless valet parking attendant who sandwiched Joey’s leg between two vehicles.

It was mainly Joey who picked himself up from depression. His wife admitted to him that she didn’t give much help to Joey when he got back home because she wanted the husband to improve by himself and be independent.

Joey appreciated the wife’s strategy. He told us that if he became reliant on his wife, or on other people, his recovery could have been slower.

At first, he was on a wheelchair and eventually got crutches. After some time, he wore a prosthetic leg. There was a time when someone lent him a running blade so he could jog.

This cyclist said that amputees need a lot of support and encouragement. Many of the people who lost their legs are not like Joey who easily recovered and moved on from life — others continue to suffer from depression and insecurity for years.

While Joey might seem better than others, he gets anxiety attacks from time to time. He had this even before losing his leg but it was amplified after the accident. He said that cycling makes him feel better whenever he’s anxious.

He likes cycling solo and prefers slow climbs like the uphill Ordones Avenue in Marikina. While he’s usually cycling along Marikina River Park to meet with some bike friends, he goes far too — he was able to bike to Rodriguez and Montalban in Rizal.

When he’s biking, he only pedals using his right leg. The side with the prosthetic body part is basically there to support him in walking after dismounting from the bicycle. Joey prefers folding bikes because it’s easier for him to mount than in those with bigger wheels.

Despite the struggles, he has managed to master art of cycling in one leg. And now, he enjoys biking, especially hanging out with cyclists along Marikina River Park. Joey continues to inspire other amputees too — that if he can do it, others can do it as well.

“I’m also amazed with myself na nagagawa ko siya. Pero siguro driven na rin to get away from being emotional sa nangyari,” he said.