He was abused by his father as a kid, finds home in friends and his bicycle

In cycling, Binz Angeles has found a home. His family are his friends and everyone who continuously supports him in his journey. 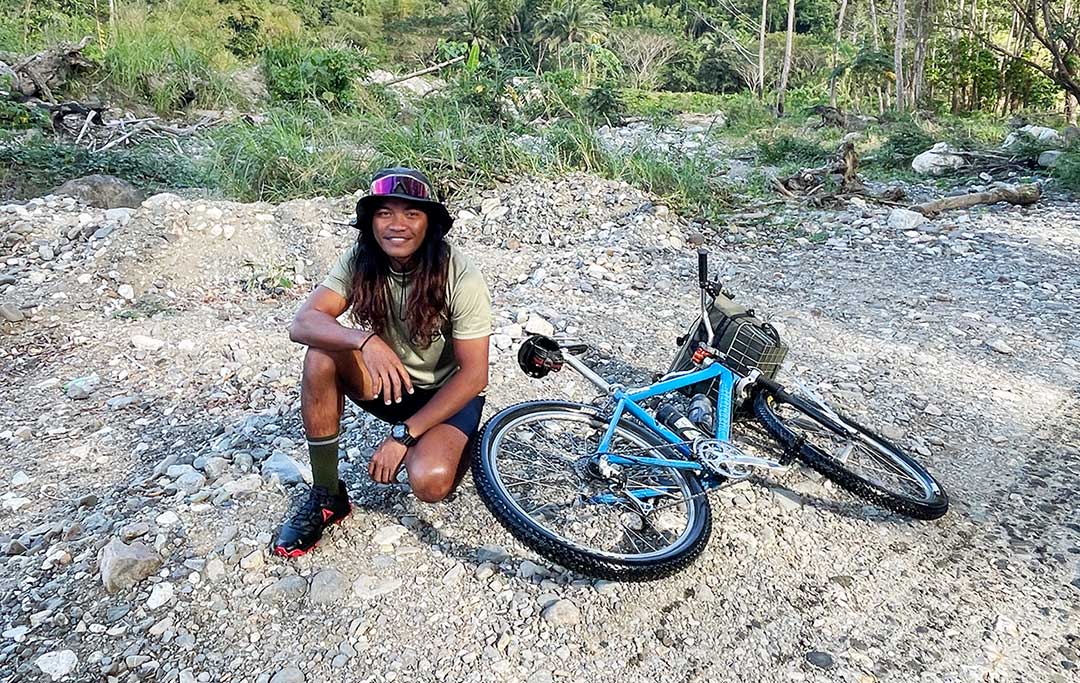 Childhood was tough for Binz Angeles. While other kids were able to easily play outside and enjoy their free time, he would most likely be locked up inside their house in Bulacan with his strict father.

On good days, he’ll be allowed to go out only if he finished a certain chore and if he promised to bring back firewood or vegetables. But there are times when it’s worse: his abusive father would hit him because of intoxication.

It was hard for Binz growing up. His mom was working hard as a house helper in Paranaque and what she earned was too little for his dad and four other siblings. The poor guy had to move out — also as his way to escape from abuse — and lived with his uncle when he was a sophomore high school student.

He helps his uncle in his small fishing business while doing other side hustles. In college, through the help of a kind physician, Binz was able to enroll in a two-year course. His classes were from 4 to 9 pm, but he worked as a construction worker from 7 am to 3 pm.

He moved to Manila after college and got employed in the Human Relations (HR) department of a professional services company. From his apartment in Makati, Binz would take a 5-peso boat trip in Guadalupe Bliss and then walk to his workplace in Boni.

After some time, he learned about fixed gear and got curious about how this brakeless bicycle works. He also thought that this could be a cheaper and faster way of going to work.

This is when his bike journey began. From biking to work, he eventually managed to hang out with other cyclists. His circle in the cycling community grew when he began signing up for competitions and made friends with other fixie riders.

Next thing he knew, he was doing more long distance cycling adventures. He completed a solo Luzon loop in 2021 where he raised funds for cancer patients.

With all the things that have happened to him, especially during his childhood, Binz said that he survived all of these challenges because he relied on his strong faith, that everything will be better in God’s grace. That’s why now that he’s in a better position, he wants to help others too through fundraisers and simply by making everyone around him happy.

Binz has been entering competitions too. Recently, he won awards in the Cape Santiago Epic Race in Calatagan, a 90-kilometer gravel challenge — he’s part of Top 5 cyclists in the competition and he placed third in his age category.

According to this cyclist, being part of that competition is already a blessing and winning is just a bonus. He added that he never imagined being on a race with the cyclists he looks up to. During its last 23 kilometers, the biker started tearing up as he remembered his childhood memories and his realizations of being thankful for where he is right now.

During the start of the pandemic, this cyclist quit his work in HR to pursue his passion, which is cycling. He opened his own brand called “Woop” where he sells bike cleaning products and other merchandise.

Every time we talked about Woop, he would always say that he’s really thankful for the cycling community who’s very supportive — his products are available in Bikeary, Built Cycles and TryOn, among many other bike shops.

And indeed, Binz has found a home — something that he never had when he was growing up.