From BMX to Mountain bike: this cyclist really loves adventures 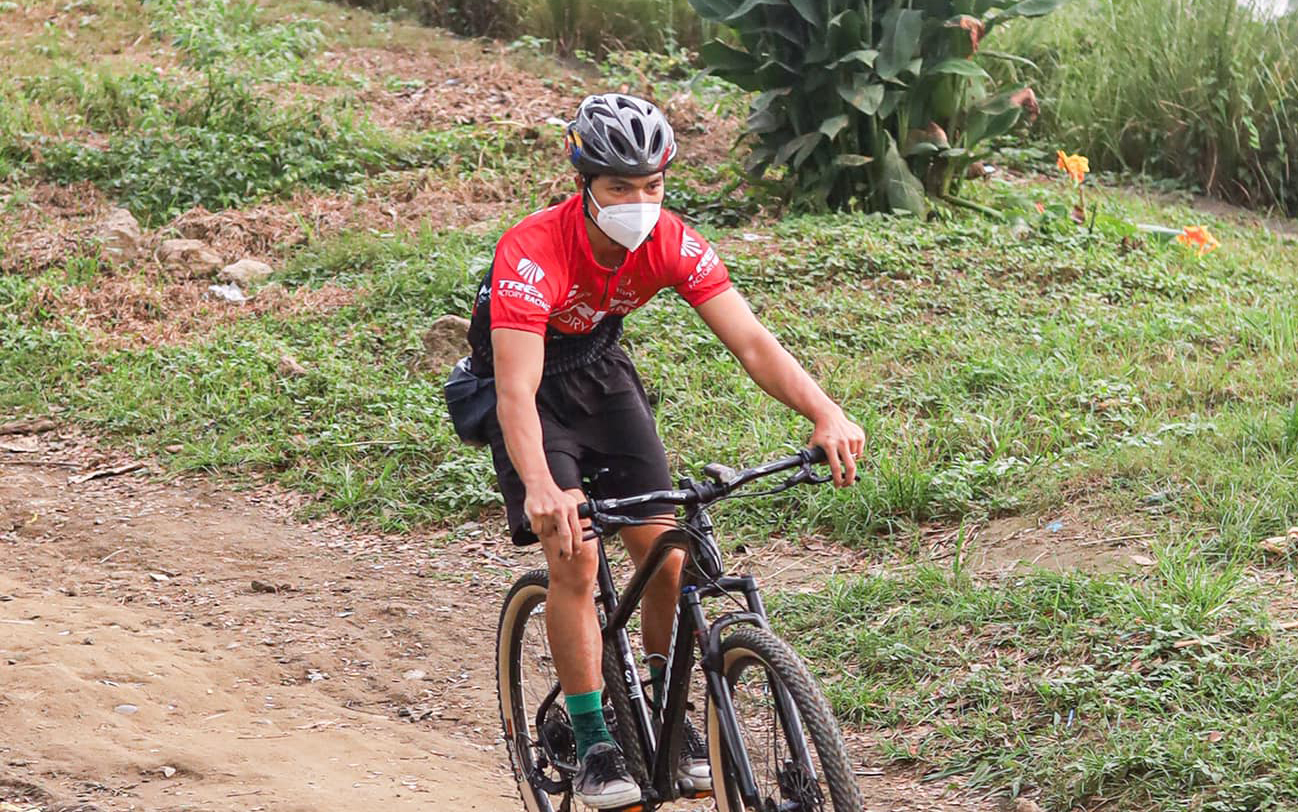 This 5’11” Marikeño rode a small BMX for many years because he enjoyed the thrill until he eventually shifted to a bigger mountain bike, realizing that there’s more adventure waiting for him on the trails.

Jayson Rempillo recalled that he can’t afford to buy a ready-made BMX back in 2009. He was just a working student back then so he saved up a little bit of money and slowly bought parts to assemble his own bicycle.

It was one of his treasured possessions. He’ll definitely love that bike—not only did he spend his hard-earned money on it, he also poured his time and effort building the ride.

So it was so painful for Jayson when he lost his BMX.

That was around five years ago and back then, he had thoughts of replacing his BMX with a mountain bike. One day, after arriving home from a trip to La Union with friends, he was shocked to see a brand new Trinx MTB inside his room.

It was a sweet surprise: his then-girlfriend Iris (who is now his wife) gifted him with a brand new Trinx MTB.

He likes riding a BMX and MTB, it’s just that he mentioned that he can easily go far with the bigger bicycle.

Jayson loves the outdoors and we think that the mountain bike really suits his personality. He recommended that his favorite cycling location is La Mesa Nature Reserve because it has exciting bike trails.

He now has a new mountain bike because he recently gave his old Trinx to his wife who is starting to enjoy cycling. We recently featured them here on First Bike Ride.

If he’s not riding the trails, Jayson is cycling with his wife and friends in Metro Manila. Sometimes, he also personally delivers the baked goods that Iris makes and sells at Mrs. Homebakers PH.