Rammy recalled that he likes to compete with himself, perhaps that is why he’s so passionate about the things that he does. He wants to go back to Antipolo with a better performance. 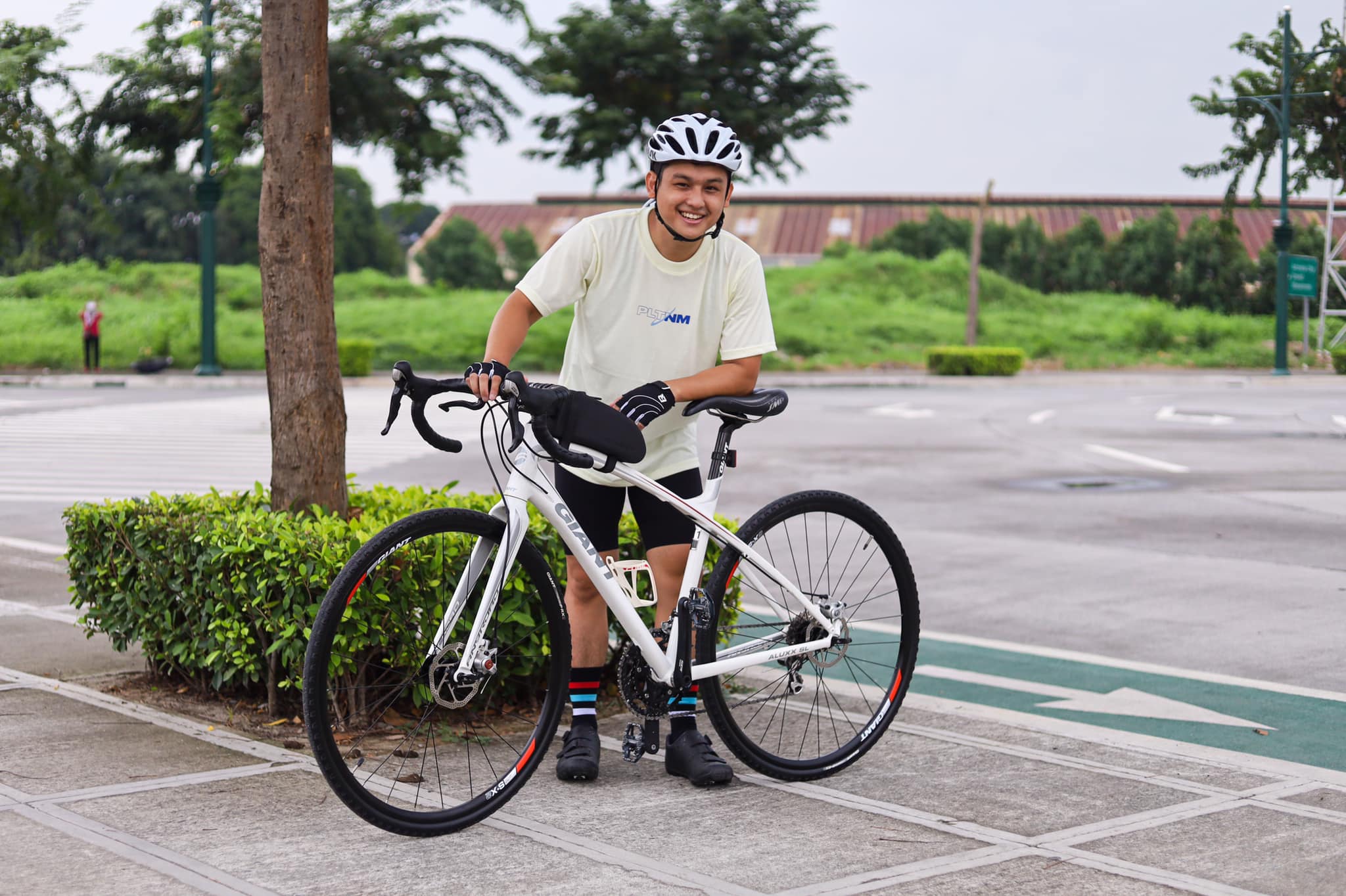 Rammy Bitong just wants to bike. He told us, “nabudol na naman but I’m not complaining.”

Rammy just got his bike two months ago but he’s been to far places. He has reached Tanay, Tagaytay and Antipolo, among others. For a newbie, what he did was pretty impressive.

“I love it, I really really love it. I get to the point of getting sad whenever I can’t ride with my friends,” Rammy told First Bike Ride. “It’s what I look forward to now. The exercise, the bonding.”

We totally get him. Once you finish difficult rides, it gives you that urge to bike more especially when you’re starting.

His friends were the reason why he got a bicycle. He saw how much they were enjoying their rides and he had this urge of giving it a try.

Before the quarantine period, Rammy and his friends love traveling to enjoy the outdoors. The pandemic, the ultimate party pooper of 2020, limited their movements. However, it paved the way for cycling to be an activity for them to explore.

The bicycle that he bought was a Giant Anyroad 1. He told us that he was particularly looking for a gravel bike because his friends have the same kind and it would be easier for him to use it during group rides.

We asked Rammy about his first bike ride. He went to Antipolo just a few days after purchasing his bike. He’s really brave, we told him.

“It was not as bad as I thought kasi kabado talaga ako sa traffic. Maraming kotse pa naman pa-Antipolo,” he said. “But when we got there, wow, the feeling was so good. Nakakatuwa na I was able to do that.”

However, he fell on his way back home.

“Nasa C5 kami, it was raining and the road was wet. I got a few scratches pero okay naman,” he said.

It’s good that he’s not discouraged after falling, the exhaustion and the traffic.

Rammy recalled that he likes to compete with himself, perhaps that is why he’s so passionate about the things that he does. He wants to go back to Antipolo with a better performance.

“It’s been a while since I got into something new that I’m really invested in,” he said. “Innate na sa akin na I’m very passionate about a hobby or career.”

Another thing that Rammy likes about cycling is that it gives him motivation and more energy.

“I feel so good after a ride. When I do my radio show and I feel all the endorphins, that’s the best feeling,” he said. “I feel more productive and motivated to work after a ride.”