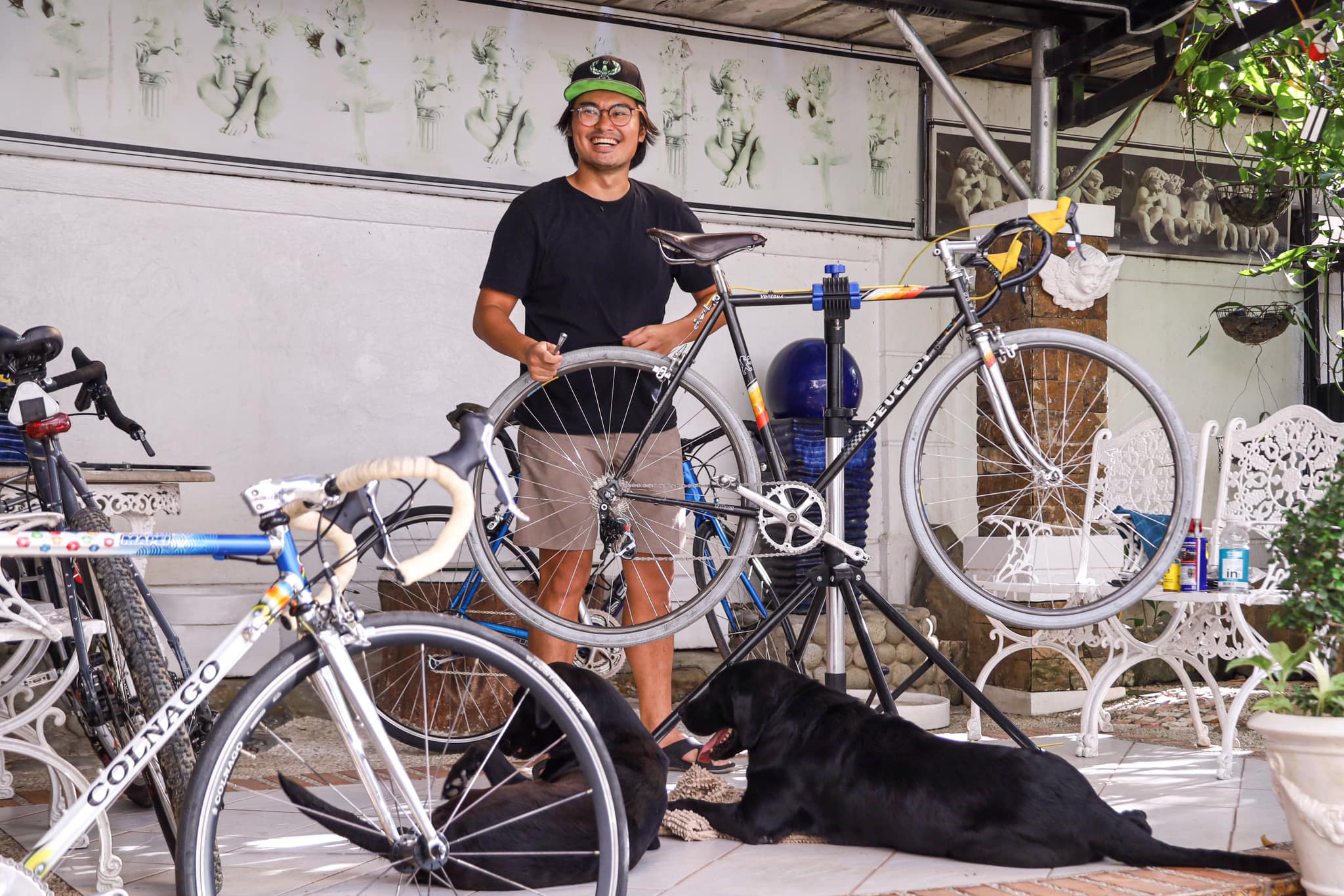 This was one of our many takeaways after meeting Marlowe Apeles at his workstation in Antipolo. He owns ten bicycles (that’s our count based on what we saw) and most were carefully assembled, making sure that they’re going to be a gorgeous ride.

His interest with builds was boosted after meeting cyclists from Pinoy Retrobikes, a group that he joined since he likes vintage bicycles. He brought his Bianchi in one of its gatherings and he was told that his bike can improve if he can manage to complete the group set.

With his tendency to hoard and his interest in collecting items, buying vintage components became part of a cycle. Perhaps this is the reason why he accumulated so many bikes over the years.

Eventually, Marlowe realized that it’s getting out of hand and he needed to control it. This has prompted in creating a goal: to produce his two bike grails, something that would be an epitome of vintage bicycles.

He completed his projects – a Rossi with a Campagnolo groupset and a 3rensho with Dura Ace components – in two years, taking his time to make sure that he’ll get good parts from good online deals.

Sure, some of his bikes are expensive but this guy got it from good deals. Among his bikes, his two favorites are his Peugeot that he bought for only 6,000 pesos and his Serotta that he got for more or less half its market price.

Currently, Marlowe stopped looking and buying bike parts because he believes that he’s good for now. But since he likes building and conversations about cycling (especially about climbs), he decided to help friends and other people improve their rides.

Marlowe now entertains questions about bike builds through his Instagram page @budolbuddyph. He can do bike repairs and services too!

You might think that it’s a trap because there’s “budol” in the name. But let us assure you, Marlowe is excellent in what he’s doing. And bike budols are always good… always good.